Secret's Out: Now You Can Tell the Whole World You're Raising Money for Your Business

Raising money for your business? Shout it from the rooftops. For the first time, it's allowed.

The Securities and Exchange Commission today voted four to one that it will overturn the ban on publicly advertising that your company is raising money, what's called "general solicitation." By voting to lift the ban on general solicitation, the Commission has essentially made it legal for private companies to tell anyone that they are raising money, which was previously illegal.

"Startups and other private companies have been handcuffed from reaching a broader audience," says Alex Mittal, chief executive and co-founder of FundersClub, an online venture capital platform. "If you think of private company stock as a product of a company, what seller of a company isn't allowed to talk about their own product, their own goods?"

Before the change in law, it was illegal for an entrepreneur to tell a newspaper reporter that his or her company was seeking funding and for that information to be included in a story, says Mittal. Now, a founder of a company can indicate on their Facebook page, Twitter feed and any other personal networks that their company is raising money.

Today's lifting of the ban on general solicitation, item 201(a), was one part of a handful of measures included in the Jumpstart Our Business Startups Act, known as the JOBS Act, which was signed into law in April last year. The legislation, most famous for its crowdfunding provision, which will allow companies to sell equity in their company to unaccredited investors, is a compendium of measures aimed at increasing access to capital for entrepreneurs.

The lift on the ban originally passed over a year ago as part of the JOBS Act, but the SEC was required to vote on and finalize rules for implementing the measure. It typically takes 10 days or so for the vote to reach public record. Then the Commission has another 60 days to write detailed rules for the change. It is expected that the new law will be implemented in mid-September, says Mittal.

The lifting of the ban has the potential to affect a huge number of entrepreneurs, says Mittal. Last year, four times as much money was raised by private companies than was raised through initial public offerings, he says.

"Millions of investors are simply unaware of private investment opportunities that a very small backroom-dealing group of investors have been able to have free rein over," says Mittal. Allowing entrepreneurs to publicly advertise that they are fundraising will open up the private market to a significantly broader pool of investors, he says. 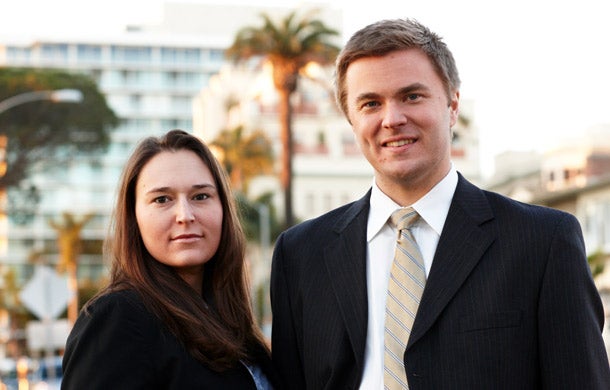 The co-founders of startup Realty Mogul would have been able to raise their seed round much faster had the general solicitation ban been lifted.
Image credit: Realty Mogul, Co

One of those entrepreneurs affected is Jilliene Helman, the co-founder of Los Angeles-based Realty Mogul. When Helman was raising money for Realty Mogul's seed round in March, it was illegal to advertise that it was seeking funding on the company Twitter feed or Facebook page. The startup had to raise money "very secretly," she says. "It is a very inefficient and very time-consuming process." Had the ban in general solicitation already been in lifted, Helman says the time it took to raise $500,000 in that first round would have been greatly reduced.

"It is one of the biggest changes in securities law in decades, and it widens the opportunity for Realty Mogul," says Helman. "It may sound silly, but even at cocktail parties, I can't outwardly talk about real-estate investments that we are raising for. The ability to talk about these transactions on a one-on-one basis and market them more broadly online is going to allow us to go from the small company that we are today to a company that does millions and millions of dollars of transactions."

With the solicitation ban lifted, more investors will know about startups they can invest in. That's both good and bad, warns Mittal. "It will become very critical for companies to distinguish themselves from that noise," he says. He adds that investors will also need to be careful. In the public markets, investors have access to ratings services, reputable investment advisors and transparent information on those businesses. The private markets, however, are much more opaque.

The SEC is expected to install some investor protections in its final rules for the lift of the ban, such as requiring private companies to file a notice with the Commission that they are seeking funding, says Mittal. The SEC will likely watch these companies more closely, he says, but many of the specifics remain to be seen.

Related: The Art and Science of Company Valuations (Infographic)