Entrepreneurs and venture capitalists, especially in tech-heavy regions like Silicon Valley, need each other. But, surprisingly, they don't really know what the other wants.

According to the National Venture Capital Association's first study on the role of branding in the venture-capital industry, entrepreneurs and startup CEOs seeking venture-capital funding say the most important characteristics of a VC firm are being "entrepreneur friendly" and "collaborative." Meanwhile, VCs say that they take the most care to emphasize their "hands on" nature, the study found.

Yet entrepreneurs are actually wary of VC firms that are too "hands on," according to the study, which was launched in January and surveyed venture capitalists, startup CEOs and limited partners from the NVCA and the Dow Jones Venture Source database. It was released in partnership with the branding and marketing firm DeSantis Breindel and the strategic public-relations firm Rooney and Associates.

"There is a real perception gap between what limited partners and entrepreneurs think about the industry and what VC firms believe about themselves and their industry," says Terry Rooney, founder of Rooney and Associates, in a statement.

For example, the VC world is dominated by men, and they tend to be tone-deaf to the importance of gender diversity. The study finds that the sex of the VC partners in a firm matters more to entrepreneurs, in particular to women entrepreneurs, than VCs necessarily understand.

For more on the perception gap between entrepreneurs and VCs, see the infographic below. 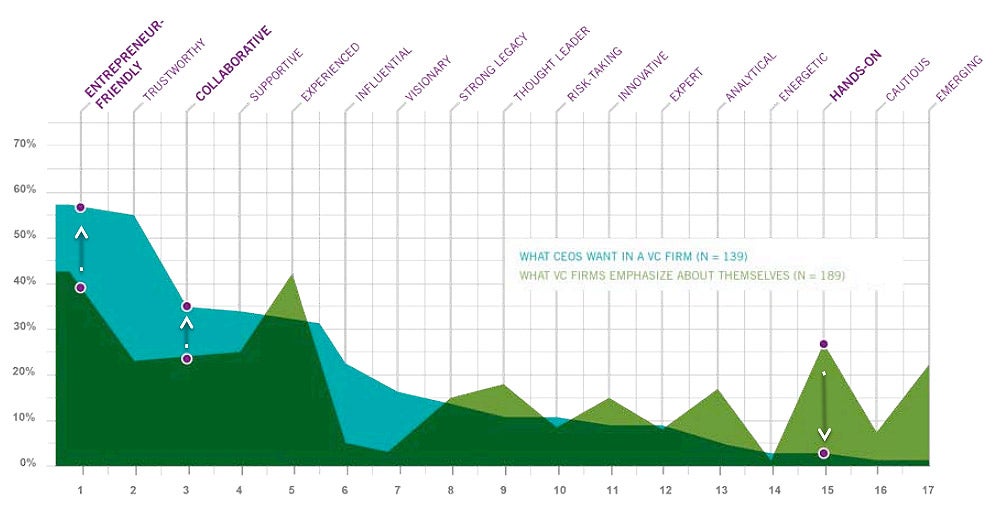 This Docking Station Offers 13 Ports for Multi-Device Use

5 Scientific Suggestions for Curbing an Employee's Sense of Entitlement

5 Steps to Establish Yourself as an Industry Expert