New Product Makes You Invisible to Mosquitoes and May Save Lives

By Jenna Goudreau July 24, 2013
Opinions expressed by Entrepreneur contributors are their own.

Itching for a solution to keep mosquitoes away? A new technology could spell an end to your summer scratching and save millions around the world from mosquito-borne diseases.

Kite Patch is a 2-by-2-inch adhesive square that makes people virtually undetectable by mosquitoes for up to 48 hours. The patch, which sticks to your clothing, uses non-toxic compounds that block mosquitoes' ability to detect carbon dioxide, the primary way they sniff out human prey. Its creators recently launched a successful crowdfunding campaign to test the product where it's needed most: Sub-Saharan Africa.

The Kite Patch technology was acquired three years ago by Riverside, Calif.-based Olfactor Laboratories Inc. It was originally created by researchers at the University of California in Riverside, with backing from the Bill and Melinda Gates Foundation and the National Institutes of Health.

Olfactor is a socially conscious for-profit company that was launched three years ago by ieCrowd, a platform that creates and operates innovative companies. Olfactor's mission is to develop products to combat mosquito-borne diseases; Kite Patch is its first. (Disclosure: Torrey Tayenaka, Kite Patch's creative lead, has worked for Entrepreneur in the past as a freelance video editor.)

On July 16, the Kite Patch team launched a campaign on crowdfunding platform Indiegogo to raise $75,000 and send approximately 20,000 patches to be field tested in malaria-ridden Uganda. The campaign surpassed its $75,000 goal in just four days and has set a new goal of $175,000. 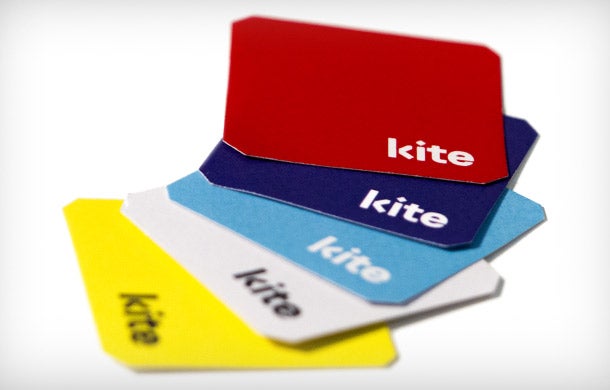 Related: How Social Entrepreneurs Can Edge Out the Competition

"This outcry of support has made it clear that our technology is needed," says Grey Frandsen, chief marketing officer of ieCrowd and Kite Patch's project leader. "I feel absolutely emboldened to continue pushing this forward."

The campaign seeks to reach two types of investors: those who support the cause and early adopters of cool technology. For instance, backers may choose to invest $10 to donate a pack of five patches to a family in Uganda or $35 to both donate 10 patches and receive 10 patches for themselves.

Globally, 660,000 people die each year from malaria, according to the World Health Organization. In 2010, of the 216 million people that were infected by malaria, 91 percent of deaths occurred in Sub-Saharan Africa and 86 percent of those cases were children under 5 years of age.

"I'm very familiar with the overall effort and challenge of malaria," says Frandsen, who has himself been infected with malaria twice, first in Tanzania and later in Uganda. "We're changing the approach."

Kite Patch is designed to be safe, long-lasting and more affordable than some products currently in use, says Frandsen. Bed nets provide protection for only seven hours or so at night. Other preventative options, including sprays, lotions and pills, are generally toxic or ineffective, he says.

The Kite Patch campaign is expected to be a year-long project, and the money raised will be used to test the patches in Uganda and then develop them for global distribution. While the patches have been approved by the U.S. Food and Drug Administration, they still need approval from the U.S. Environmental Protection Agency. Frandsen expects to be able to deliver the patches to Indiegogo investors in 10 to 12 months, when he also hopes to set price points and begin selling them around the world.

Related: 4 Ways to Dip a Toe into Social Entrepreneurship

Jenna Goudreau is a senior editor at Business Insider and oversees the Strategy, Careers, and Your Money sections.