Henry Ford's statement that the Model T was available in any color a customer wanted, so long as it was black, is remembered mainly for its pithiness, but the economics behind this assembly-line innovation were revolutionary. By eliminating options, Ford kept prices down, making automobiles suddenly attainable for the masses.

Now the pendulum has swung in the other direction. Today's consumers aren't satisfied with a single option; they expect individually designed products, in the color schemes of their choice--but they don't want to pay a premium for this customization. Fort Collins, Colo.-based Big Shot Bikes has capitalized on the trend, making its fixed-gear, single-speed ("fixie") bikes in any color combination the customer wants--so long as it's rad.

Sold online and through independent bike dealers, Big Shot fixies are designed by customers through an iPad-compatible web interface that lets shoppers select from 10 parts, each available in up to nine color choices. The company builds out the design to its customers' specifications, then ships the multicolored rides to their doors--all for less than $500. 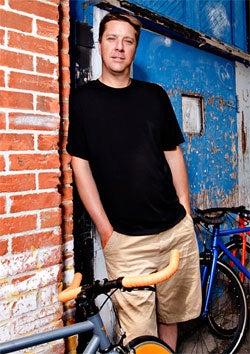 Inspired by products like NikeiD custom shoes, CEO Matt Peterson, a career soft-ware engineer, started the company in 2009. "I just sort of dove in feet first," he says. "I had some background in sourcing, and with my software development experience, I could do the web development part of the business."

More than any bike part, building process or business relationship, these software skills are what drive Big Shot's success. The company has sold nearly 14,000 bikes, an impressive figure, especially considering that no two are alike.

Big Shot Bikes is not the first company to offer mass-customized bicycles, notes B. Joseph Pine II, author of Mass Customization, but its iPad-friendly interface could make it the most successful. Rather than having to deal with catalogs or phone operators, customers use the digital order system, which produces accurate visuals that can be tweaked on the fly. "Anything you can digitize you can customize," says Pine, who has followed the customization field for more than 20 years. "Once it enters the realm of zeros and ones, you can instantly change a zero to a one, and vice versa."

But ordering wasn't always the smoothest ride for Big Shot's customers. Initially the design interface was built with Adobe Flash, a platform that isn't supported on iPads. Seeing that 10 percent of traffic was coming from the tablets, Peterson realized that he was turning away business. So he redesigned the program using HTML5, a programming language readable by most mobile devices. "We're actually seeing that about 13 percent of our sales now are coming from iPads," he says. 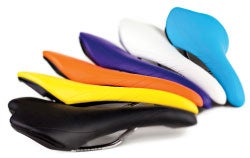 Sitting pretty: Ten bike parts are available in up to nine colors each.

Pine points out that mass-customization can have cost benefits for manufacturers, such as reduced warehousing expenses and more accurate production schedules. And on the retail side, products don't gather dust in showrooms or on the rack. It's a model that could translate well to other industries, such as apparel, Pine says, in which "there is so much waste in the system." 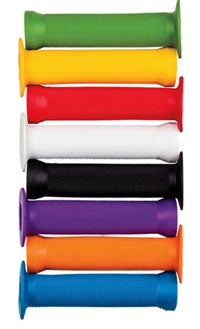 Retailers such as Penn Cycle and Fitness in Minneapolis keep Big Shot models in stock so that customers can see the product in person before they order. Bikes ordered through retail generally see a small markup, but the stores take care of basic assembly and tuneups. Customers "pick the color on their frame, tires, wheels, cranks, saddle, chain, grips and the whole nine," says Penn Cycle manager Tim Larson. "They can customize it however they want, so I don't have to worry about swapping anything out, which is something people are always asking for on single-speed."

For today's consumers, customization is all about authenticity, according to Pine--even more so when there is a culture around a product, as there is with the fervent fixie community. "They don't want to buy the fake or the phony," he says. "They want the real and the genuine. That authenticity happens when there's this sympathetic vibration that goes back and forth between a product and yourself, where you say, ‘Yes, that's who I am.' So these types of bicycles, even more so than I think road bicycles, are part of a person's identity."