Diana Ransom
September 3, 2012 6 min read
Opinions expressed by Entrepreneur contributors are their own.

It's Labor Day and if you're not one of the legions of Americans spending the holiday flipping burgers with friends but, rather, plugging away at your startup, this post is for you.

The following is a list of inspirational quotes from uber-successful business leaders like Sir Richard Branson, Steve Jobs and Oprah Winfrey. Each of these mega moguls similarly spent weekends and holidays toiling away. And though you may never own your own island or incite a cult-like following, hard work typically doesn't go unrewarded.

So when you're feeling weary, consider these brief words of encouragement from some of the top business leaders of our time:

1. Richard Branson: "Starting a business is a huge amount of hard work... You had better enjoy it."
Entrepreneurs the likes of Richard Branson surely spend a lot of time answering questions about how they became successful. That may be why he decided to write it out in his regular Entrepreneur column "Richard Branson: Five Secrets to Business Success" So what's his top secret? "Enjoy what you are doing... When I started Virgin from a basement flat in West London, I did not set out to build a business empire. I set out to create something I enjoyed that would pay the bills." 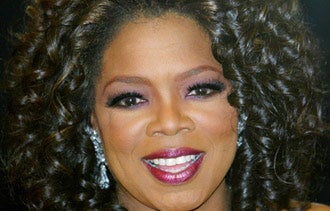 2. Oprah Winfrey: "You must have some kind of vision for your life."
In a recent speech at Atlanta's Spelman College the media mogul, Oprah Winfrey offered up her thoughts on the import of having a plan for the future. "Even if you don't have a plan, you have to have a direction of where you want to go. Is there a plan, or are you just driving? You want to be in the driver's seat of your own life, or life will just drive you." 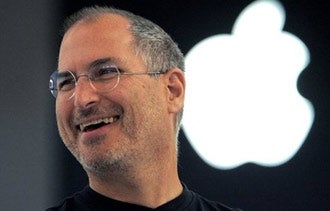 Photo from The IPKat

3. Steve Jobs: "People with passion can change the world for the better."
From the guy who not only said things like "put a dent in the universe" but actually did, it's not surprising that the late Apple co-founder Steve Jobs was inspiration to people the world over. For more inspiring tidbits, check out "Steve Jobs and the Seven Rules of Success" by frequent Apple author and Entrepreneur.com contributor Carmine's Gallo. 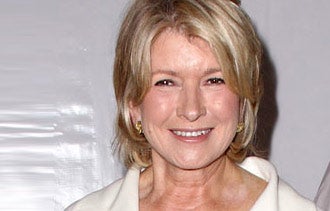 Photo from US Weekly

4. Martha Stewart: "I'm working -- I'm on -- all the time."
This hostess with the mostest often quips about the beauty of turning one's passion into profits. But the truth is, entrepreneurship can be tough. At a panel discussion regarding ideas for fostering business ownership in the U.S. last year, Stewart notes the difficulties even she has being an entrepreneur. So chin up, she adds. 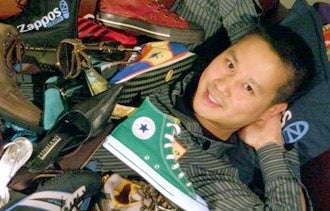 5. Tony Hsieh: "Chase the vision not the money."
As the co-founder of Zappos.com, the online-shoe mega store, Tony Hsieh notes that power of purpose. "Passion will get you through the tough times, rub off on employees and have a ripple effect on customers, suppliers and business partners," Hsieh tells Entrepreneur.com. 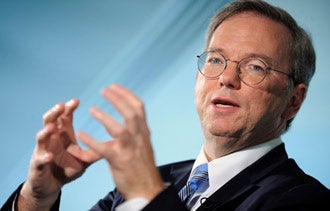 6. Eric Schmidt: "Find a way to say 'Yes' to things."
Speaking to new Boston University grads, Eric Schmidt the former CEO of Google shared his thoughts on the importance of being open. "Even if it's a bit edgy, a bit out of your comfort zone, saying yes means that you will do something new, meet someone new and make a difference in your life and likely in others' lives as well," he says. "Yes is what keeps us all young. It's a tiny word that can do big things. Say it often." 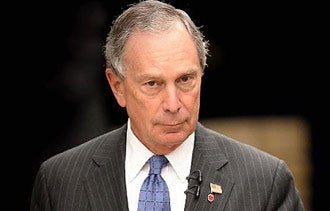 Photo from The Richest

7. Michael Bloomberg: "You occasionally have to throw some elbows."
Speaking at a recent commencement ceremony at the University of North Carolina at Chapel Hill, the mayor of New York City and founder of the eponymous media juggernaut Bloomberg L.P. fleshed out his comment further. "It's rough out there no matter what profession you're in. I've been in the business world and I've been in government. People ask me all the time 'what's the difference?' I always tell them, in the business world, it's dog-eat-dog and in government it's exactly the reverse. Don't be afraid to assert yourself, have confidence in your abilities and don't let the bastards get you down." 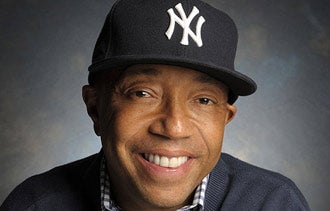 8. Russell Simmons: "You just have to pay attention to what people need and what has not been done."
In 2009, when the hip-hop mogul Russell Simmons was ushering a new line of clothing into Macy's, he commented on how he knows when a venture is worth pursuing. There will always be big holes in the market, Simmons suggests. "I don't think I look for white space," he says. "I think the world is a white space." 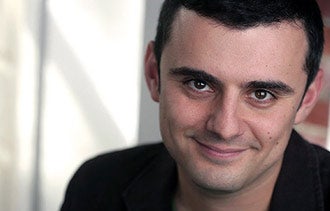 9. Gary Vaynerchuk: "The reason I became successful is because I touched. I touched my community."
Social-media maven and author of Crush It! and The Thank You Economy, Gary Vaynerchuk describes what he says is the source of his success. "It was the 10 to 15 hours a day from 2006 to 2009 that I spent communicating via email and then later on through twitter and Facebook," he says. "I responded to every single person," he says. "I think that matters." 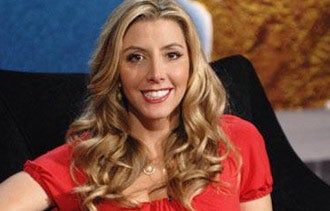 10. Sara Blakely: "Don't be afraid to fail."
In an interview with Entrepreneur.com's Teri Evans, Sara Blakely, the founder of Spanx imparted some familial wisdom: "My dad encouraged us to fail," she says. "Growing up, he would ask us what we failed at that week. If we didn't have something, he would be disappointed. It changed my mindset at an early age that failure is not the outcome, failure is not trying."

What's the most inspiring piece of advice you've heard? Share it with us in the comments section below.