What Does Your Company Stand For?

Mike West started BPV Capital Management five years ago, and since then he has shepherded the mutual-fund company through some dramatic expansion. In the past year alone, Knoxville, Tenn.-based BPV has nearly doubled its work force to 38 employees. Ask West about the key to his firm's growth, and he mentions hard work and innovation. But he also points to the importance of a company culture that has been enforced from day one.

Lighting the flame of a company culture is a necessary step in any entrepreneurial venture. But keeping that flame lit as the company grows from, say, a handful of charter employees to dozens, hundreds or more, is an essential daily exercise that extends from the executive suite to the mailroom and, when necessary, to offices across the country or around the globe.

These days no conversation about company culture is complete without a nod to Zappos, the online retailer of shoes and clothing, widely acknowledged to have top-rate customer service and positive brand associations, as codified in the "Zappos Family Core Values." So popular has the Zappos culture become that the company conducts four daily tours of its new headquarters in the former Las Vegas City Hall, in large part, says senior human resources and Zappos Insights manager Christa Foley, to satisfy the public's hunger to witness the culture firsthand. About 120 people per day take the free tour.

"You're really seeing in action the way people interact with each other," Foley says. "You see employees who are happy and engaged in what they're doing. There's no dress code. We encourage employees to bring themselves to their work. You see balloons and streamers and, honestly, chaos."

Foley was hired in 2004, when Zappos had about 100 employees. Today the company employs roughly 1,500 and generates gross merchandise sales exceeding $1 billion annually. "Scaling our culture as we grow is not an easy thing to do," Foley says. "It should be a top priority, as much as making your financial numbers is a top priority."

Define It
Some companies define their culture through writing and language; others with a dress code or office design. "I had a very clear vision and a very clear set of values that I wanted my company to be," says Paul Lindley, founder of Ella's Kitchen, a U.K.-based maker of organic food for babies and toddlers. He wanted his company's purpose to be more than just profit; he wanted to encourage kids to develop healthier eating habits.

Lindley made sure to develop a culture that reinforced his vision. He introduced words into the company lexicon such as Ella-ness ("the excitement of being a toddler in a grown-up business head") and Ella-fy ("to be informal and spontaneous and bounce ideas around"). The playful language extends to job titles: The sales director is the "head of making deals"; the accounting director is the "head of making sums work."

Lindley's intention was to create a unifying force for employees. "It's hard work to make sure that the team has one goal and is pulling in the same direction and is motivated by the culture we created," he says. "There's a constant focus on listening to people and getting them talking to each other and understanding the purpose of the company."

Ella's Kitchen generated $70 million in sales in 2012. Last May the company was sold to The Hain Celestial Group in Lake Success, N.Y., and Lindley was made CEO of a new global children's division. He says he pursued the deal not only because it made sense financially but because he believed Hain Celestial understood the Ella's Kitchen philosophy.

"I really believe that these guys get it," he says. "I think the Hain Celestial leadership understands that we have a strong culture, that they have committed to maintaining it as a stand-alone culture within the infant, toddler and kids division we created, and that our entrepreneurial company is based on our own distinct values--on profit and purpose."

Feed and Nurture
Company culture often derives directly from the personal and professional values of the founder or CEO, which means that it's unique for every business. Yet interviews with entrepreneurs whose companies sustained cultures of excellence as they grew reveal some common lessons learned on the path to success.

o The CEO and senior management team must play an active role in defining the culture, then reinforce it through their words and deeds.
o That reinforcement must take place on a regular, if not daily, basis. You can't live the culture only when the mood strikes.
o All employees, from the boss to the newest hire, must embrace the culture.
o A company must hire people who will be a good cultural fit.

That kind of company culture shouldn't be confined within office walls. "You have to feed and nurture a culture," says Ed Moed, co-founder and managing partner at Peppercomm, a communications and marketing firm in Manhattan. "You can't think it's good enough to show it sometimes. People have to know it's real."

Moed describes his company's ethos as "work hard, play hard"--a highly entrepreneurial environment that values collaboration, innovation and a good laugh. Under the direction of co-founder and managing partner Steve Cody, Peppercomm employees take lessons in stand-up comedy, then perform at an actual New York comedy club, with co-workers watching. For employees, the performances are simultaneously terrifying and bonding; they've become a defining feature of the company culture.

"We take our clients' business very seriously, but we don't take ourselves very seriously," Moed says. "There's a very lighthearted easygoingness to our company, which is important to how we live and how we want to treat each other."

Indeed, Peppercomm takes such matters so seriously that it appointed a senior director, Sara Whitman, as its "cultural czar." Her position helped bridge cultural gaps when Peppercomm acquired two boutique firms, adding 24 people and bringing its work force to 110. "Through many, many, many lunches, breakfasts and dinners," Moed says, "I made sure our cultures are going to fit well."

Embrace It
West at BPV Capital Management believes it's paramount that each employee understands and embraces the company's philosophies. "You can't walk up and say, 'This is our culture' and expect it will happen," he says. "You have to be persistent. You have to be committed to it. When I talk to my management team, I tell them if the culture is going to continue it has to come from them. Every person has to reflect that culture. You have to have a clear sense of what the end game is and what you're trying to get accomplished."

To understand the culture at BPV, it might help to know that the initials stand for "back porch vista." That's the metaphor West invokes to reflect his clients' vision for their future; in fact, he says, the company's very purpose is "to help American families retire well." But he's convinced that BPV cannot fulfill that purpose without every employee buying in.

"If you've got a good industry, and you've got a value proposition that works in the industry, then it comes down to execution," West says. "Execution is a daily risk, and it's all about your people and the commitment they have to your culture. 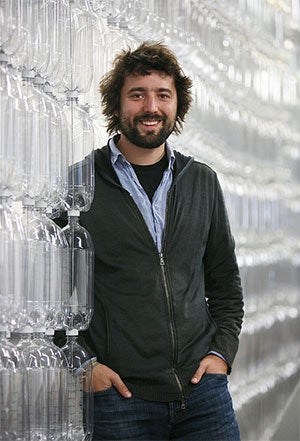 Tom Szaky, co-founder and CEO of Terracycle, an innovative recycling firm based in Trenton, N.J., is a big believer in finding employees who are the right fit for his company's culture. "We really try to get people who love what we stand for to join us," he says. "We really care deeply about passion in people. The real important thing is: What's the attitude the person comes in with? I can teach skills. I can't teach attitude."

Szaky started Terracycle in 2003 after dropping out of Princeton. In the early days he had about six employees. Today the company employs 120 people in 26 countries. The typical employee is 30 years old, and there's no dress code. "Our company culture is very innovative, dynamic," Szaky says. "Open would be a big word for us as well."

Transparency is key. Department heads submit monthly reports not just to Szaky but to the entire company. Terracycle's offices have open floor plans and are constructed almost entirely from recycled materials. Szaky's desk was made from an old door.

And then there are the Nerf guns.

An employee suggested arming everyone with the toys, figuring it would be a great vehicle for letting off steam. In its own strange way, the Nerf idea aligns with Terracycle's ideals. "The fact that someone can come into my office and shoot me with a Nerf gun--it's a metaphor for openness," Szaky says.

To determine whether job applicants are a good fit, Szaky asks them to "pitch me on my own company," he says. "You gauge passion by having the person come in and really pitch you on the business. Sometimes people don't know what the company is all about. You can easily see through that."

He also asks job candidates to recount a personal experience with failure. Some say they haven't had any. "If they say that, the interview is pretty much over," Szaky says. "The truth is, every success is built on failure."

Asking the right questions helps Szaky choose people with a natural affinity for the Terracycle culture, and thus helps that culture survive. "I don't think you can do it passively," Szaky says. "You do need to allow culture to emerge, but you have to guide it. You have to actively facilitate it."