"Startup DNA" is the idea that the world's best entrepreneurs, like Steve Jobs and Jeff Bezos, have some inherent talent they were born with that made them successful.

The DNA is comprised of characteristics like "resilience" and "ability to accept risk."

Another characteristic many top entrepreneurs share is arrogance. Or worse, just being a huge jerk.

Recently, I met with a lot of people to discuss rising Silicon Valley star, Travis Kalanick. He's the CEO of Uber, and his car-sharing service was recently valued at $3.4 billion. Friends have compared him to great entrepreneurs like Steve Jobs and Larry Ellison.

But Kalanick is a polarizing figure. He's frequently described as both "awesome" and a jerk.

Another person noted how strange that concept was. How can people both both marvel at and dislike Kalanick?

"If Travis Kalanick is the Michael Jordan poster that young entrepreneurs have hanging on their walls, that's sad," this person said. "Being a jerk isn't 'awesome' or 'badass.'"

Kalanick did not respond to a request for comment.

Outside of Silicon Valley, most people would agree. But inside, arrogance runs rampant and investors seem to reward ruthless behavior with piles of cash.

There are numerous examples of founders who have had moments of terrible behavior that later became infamous. The founders might not be jerks all the time, of course. Everyone has moments when they behave boorishly. But sometimes the stories are so unbelievable, it can leave a lasting negative impressive of the person -- that whether criticism is deserved or not.

For instance, Mark Zuckerberg, who is now worth about $20 billion, famously ousted his friend Eduardo Saverin from Facebook. He also stole his business idea from the Winklevoss twins. "Yah, I'm going to fuck them," he told a friend over IM about the pair. "Probably in the ear."

Snapchat CEO Evan Spiegel is in the middle of a lawsuit with his former Stanford friend, Reggie Brown. Spiegel lost his temper with Brown and locked him out of the app shortly after it launched. Once, Spiegel was so angry with his parents, he reportedly cut himself out of family photos.

Twitter's co-founders back-stabbed each other repeatedly: Founder Noah Glass was booted out of the company. Ev Williams and Jack Dorsey were both given, and then stripped of, the CEO title. And Jeff Bezos, who runs Amazon , wreaks havoc in his organization by sending a single-character email: "?"

Even Steve Jobs, one of the world's most-praised entrepreneurs, was said to have two sides. Jobs' biographer, Walter Isaacson, portrayed the late Apple CEO as "Good Steve" and "Bad Steve." An example: Jobs once stormed into a meeting and called everyone "fucking dickless assholes."

Robert Sutton spent a lot of time conducting research for his book, "No Asshole Rule: Building a Civilized Workplace and Surviving One that Isn't," What he found was disappointing.

"Even people who worked with Jobs told me that they'd seen him make people cry many times, but that 80 percent of the time he was right, " Sutton said. "It is troubling that there's this notion in our culture that if you're a winner, it's okay to be an asshole."

The Atlantic's Tom McNichol agrees. He wrote an article titled: "Be a Jerk: The Worst Business Lesson from the Steve Jobs biography."

The ease with which people can possess astonishingly contradictory qualities is one of the mysteries of human nature; indeed, it's one of the things that separates humans from, say, an Apple computer. Every one of the components that makes up an iPad is essential to the work it produces. Remove one part and the machine no longer performs its job, and not even the Genius Bar can fix it. But humans are full of qualities that are in no way integral to their functioning in the world. Some aspects of personality have little or no bearing on whether a person performs well, and not a few people succeed in spite of their darker qualities.

So, is it possible to be nice and to be wildly successful in business? And in Silicon Valley, where people praise Steve Jobs' bad habits and founders rag on the homeless, can you be financially rewarded if you're nice?

One venture capitalist whose firm implemented a "no assholes policy" passed on an investment in Uber. This person said Kalanick didn't click with any of the partners and that he acted like he was "God's gift."

Other investors struggle with the decision to invest in personalities over returns.

"I want not to invest in jerks," says former Silicon Valley investor, Eileen Burbidge. Burbidge is now a VC at London's Passion Capital, which has invested in startups like Lulu and Go Cardless. "Personally I believe life is too short. [But] I have wondered if this is actually a bad philosophy as an investor. I'd like to think not but I'm supposed to back founders for the best ROI, not personality."

Mark Suster, a Los Angeles-based investor, also isn't sure what to make of jerks in business. He lists "integrity" as a bonus characteristic when it comes to top entrepreneurs' DNA.

"I believe that integrity and honesty are very important to most venture capital investors," he wrote on his blog, Both Sides of the Table. " Unfortunately, I don't believe that they are required to make a lot of money."

Many agree that being an overly-aggressive entrepreneur tends to pan out.

"As much as [Travis] is inspirational, he is controversial," a former colleague of Kalanick's said. "If he were less brash, I don't think he would get half as far as he did."

Adds another Kalanick acquaintance: "There is absolutely no way [Uber] would have gotten where it is without Travis and his arrogance. Not without him being like, 'I'm going to take over the world.' He has the Steve Jobs mentality that 'It's my way or the highway.'"

One person who firmly believes you can be nice and succeed is Paul Graham. He runs top startup accelerator Y Combinator and he's made Sutton's "no asshole" rule popular in tech. He has backed billion-dollar startups such as Dropbox and Airbnb. 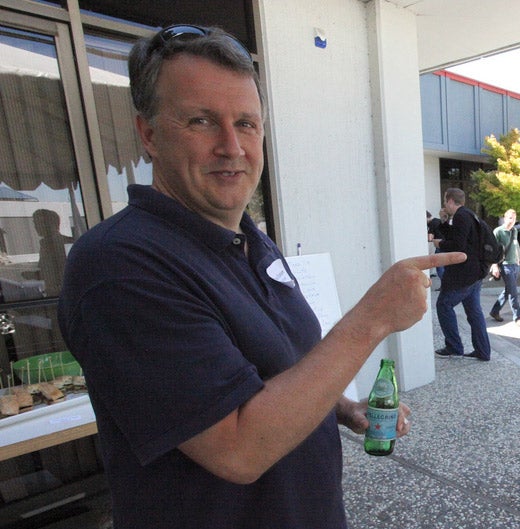 Graham says well-known founders like Jobs and Bezos can't be judged by their terror tales. "Famous founders who seem to be assholes might not be," Graham told Business Insider via email. "I'm not saying they are or they aren't, just that it is extremely hard to tell what a famous person is really like. You can't judge them based on anecdotal evidence, which is all you ever have."

Graham chooses not to invest in jerks because he doesn't want to be around them. Investors and founders end up spending a lot of time together. Getting rid of one or the other can be more difficult than getting a divorce from a spouse.

"The reason we tried not to invest in jerks initially was sheer self-indulgence," says Graham. "We were going to have to spend a lot of time with whoever we funded, and we didn't want to have to spend time with people we couldn't stand. Later we realized it had been a clever move to filter out jerks, because it made the alumni network really tight. We've funded over 630 startups now, and when founders of different startups meet there is an automatic level of trust and willingness to help one another. Much more than alumni of the same college for example."

His take: Be nice and you can find success.

"It's certainly possible to build a multi-billion dollar startup without being a jerk," Graham says. "We've funded several, and the founders are all good people. In fact, based on what I've seen so far, the good people have the advantage over the jerks. Probably because to get really big, a company has to have a sense of mission, and the good people are more likely to have an authentic one, rather than just being motivated by money or power."

22 Habits of Elon Musk, Warren Buffet and Other Successful Leaders

What I've Learned After Paying More Than $1 Million to Freelancers

The Value of Building Thought Leadership

If You're the Lifeblood of Your Business, Then You've Doomed It to Failure

Why My Employees and Their Partners Created Our Company's Values