What Movie Sets Can Teach Startups About Managing Creatives

By Jacob Hall March 20, 2014
Opinions expressed by Entrepreneur contributors are their own.

A tight budget. A small team. A collaboration between business and creative types. This describes a start-up, but it also describes the set of a low-budget movie. The fact that running a company and making a film overlap was not lost on director Nacho Vigalondo and actor Elijah Wood, who premiered their new thriller Open Windows at this year’s SXSW.

We sat down with the duo with one goal: to learn what lessons movie sets can teach small businesses when it comes to managing creatives. They shared their universal takeaways on what works and what doesn’t when leading inspired and productive teams. 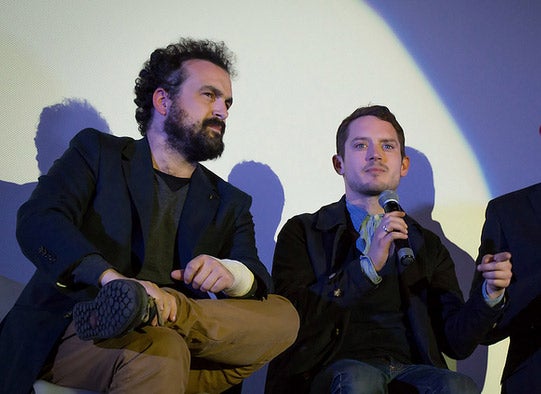 Build a family, not just a staff. With any endeavor, the most important first step is building the right team for your job and finding employees who support your weaknesses. "For a film, a start-up, any endeavor, I think no one can do anything entirely on their own," Wood says. "It's about the team you do it with and the way the team works together toward that common goal."

Since the team you build for an independent film (or a small start-up) will be small, Vigalondo suggests utilizing your network and relying on people you trust implicitly. "I try to repeat with people as much as possible from one movie to the other," he says. "I love to get the sense of working in a family. For example, my producer has been next to me from my short films. The same with my director of photography."

Be open to better ideas. Once you put artists and moneymen in the same room, visions will clash. But that's not always a bad thing. "There is something about [creative clashing] that is really productive," Wood says, saying that constructive criticism and sharing ideas will always be beneficial. "A willingness to accept that somebody else might have a better idea [is important for a director]." Although Wood says that the director should always have the final say, an open director is a better director. "It's not about hierarchy, there's a certain equalization that occurs on a film set," he says.

As an actor on Vigalondo's set, Wood said he appreciated style that invited others to contribute their ideas. "As an actor, I don't like to simply show up and fill my function," he says. "I like to be a part of the team. I love a collaborator. I love someone who is willing to share in the process."

Find your own leadership style. When asked how to be an effective leader, Vigalondo jokingly responds that he has no advice on what to do, only what not to do. "You see young directors pretending that they have to be really serious or little dictators to express their leadership," he says. "This is because we read those [film books] and we learned about legendary filmmakers being really difficult and inaccessible. That is the secret: do not follow the legends." Too many people attempt to model themselves after their heroes instead of striking out and finding their own identity. He recalls the stories of legendary filmmakers like Stanley Kubrick demanding hundreds of takes from actors and reducing them to tears: "Those are the kinds of stories you hear. That is a problem. That is a mistake. People think repeating one take 100 times means you are a perfectionist. I think it means you don't know what you're doing."

Vigalondo's advice to anyone in charge of a creative group or team is keep things relaxed. "I prefer to create a good mood for shooting, so if something does goes wrong, I won't have to scream. I just have to become serious, not become aggressive."

Don't always stick to the script. A plan is only worthwhile until it stops working. "Half of making movies is problem solving and dealing with things not being what you expected," Wood says. "It's about working through those things." Vigalondo recalls one particularly difficult shot in Open Windows: "I remember writing a long take and writing really specific instructions…but when we got there, Elijah was like 'How am I going to do this?'" They adapted on the spot and pulled it off. When the landscape is always changing, an effective team won't be afraid to change with it.

5 Things Entrepreneurs Should Focus on During the Holidays

2 Dirt-Cheap Stocks That Could Skyrocket