Starting Up, With the Sharks or Without Them

By Laura Entis July 9, 2014
Opinions expressed by Entrepreneur contributors are their own.

“It's so stressful to move,” Surinder Singh says, gesturing emphatically. “It's right up there with getting a root canal or trying to pitch your business to the Sharks.”

If the joke falls a little flat, Singh doesn’t let it ruffle him, smoothly continuing on with his pitch: “We want to reduce the stress by providing a fast, convenient eco-friendly alternative to cardboard boxes. No more buying them, building them, or breaking them down. With Jugglebox, you get hard-shell plastic, stackable boxes delivered to your door.”

He pauses, scanning the room before delivering his tagline. “Jugglebox. Save time, save money, save the environment.”

The two men sitting in front of him have a lot of questions. Is his business profitable? How does he price the service, and how much more does it cost than the alternative option, in this case, buying a bunch of cardboard boxes? What’s his background?

Related: 3 Ways To Perfect Your Pitch

Anyone familiar with Shark Tank -- ABC’s hit reality show in which aspiring entrepreneurs pitch high-profile ‘Shark’ investors (this season, Barbara Corcoran, Kevin O’Leary, Robert Herjavec, Lori Grenier and Mark Cuban) in the hopes of getting funding for their business -- will recognize these questions. It’s the standard line of inquiry the Sharks employ in front of the cameras to evaluate a business’s potential.

The parallel is no accident – the two vaguely scruffy looking dudes to whom Singh is pitching? They’re casting directors for the show, currently traveling the country to find the next batch of contestants to present the Sharks. 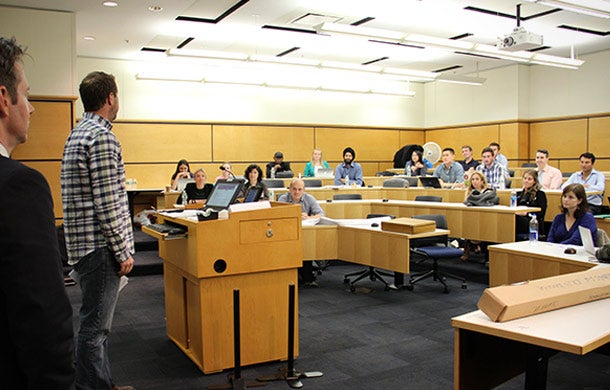 Today’s a notable exception. The producers hear pitches for a photo digitization company (they take old physical photos and make digital copies) from a slender girl in a blue dress and towering heels who can’t be older than 30, although you wouldn’t guess that from her resume: “Went to Wharton for undergrad, worked at a hedge fund, worked for a company in San Francisco for three years that IPOed while I was there, and then decided I want to start my own business while pursuing a degree at Columbia. I graduated in May,” she reels off when asked to describe her background.

Related: Want to Get on Shark Tank? 8 Secrets From the Show's Casting Producer.

A notable percentage of the presenters have started previous businesses, a handful of which have been acquired, many have already raised considerable sums of money for the businesses they’re pitching; All have a solid foundation in business jargon, which isn’t surprising, given the circumstances. This particular casting call, held at Columbia University in New York City on an overcast June day, is open to Columbia Business School students and alumni only.

For Barbara Corcoran – one of the investors on Shark Tank and founder of the realty firm The Corcoran Group – business school cred can be a double-edged sword. She dropped by the casting call to address the presenters before they pitch the producers, doling out advice and hamming it up.

While she’s not allowed to watch individual pitches, she expects the quality to be “more intelligent” than the average open casting call, although she’s found that intelligence doesn’t always make for a compelling pitch.

“It depends if they resist the temptation to stay away from all the fancy business terms,” she says after peeping into the casting room and being shooed out by an assistant. “The minute somebody very well educated gets up there and theoretically knows everything about business, I'm out mentally. Because the fancy stuff can so readily get in the way.” 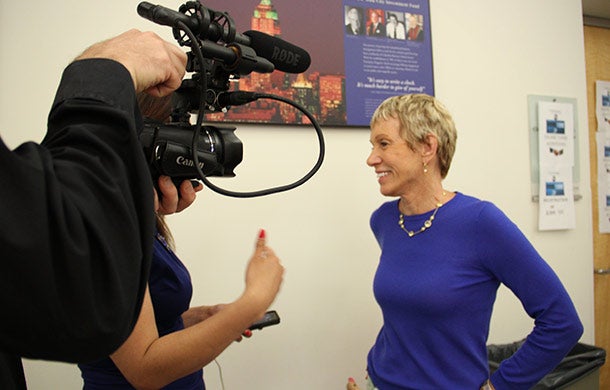 The producers anticipate this; they beat out the theoretical, the complex and the jargon from each pitch in an attempt to separate a business’s real value from flashy packaging. “Dumb it down for me,” becomes Salyers’ mantra. “What’s an SMB?” he asks a young woman pitching a corporate wellness service. “That’s a term I don’t use.” Flustered, she explains.

Singh fits the bill of experienced business veteran – he graduated with an MBA from Columbia in 1997, worked on Wall Street as a computer programmer and has since founded four startups in the financial services industry, all of them profitable (“Don’t brag now,” Salyers jokes), but he keeps his pitch clear and concise.

“The beauty of my business is it’s easy to describe in 30 seconds,” he says over the phone a couple of weeks after the casting call.

Brevity has led Singh to success before. Back in 2011 – the year Jugglebox was founded – he entered a pitch competition sponsored by Columbia Business School and Crain's. The challenge: deliver the perfect pitch over the course of a 90-second elevator ride. “You were literally in an elevator,” he says. Jugglebox won.

Related: One Way to Calm Down Before a Presentation

Many entrepreneurs pitching the producers have an idea, not a business. Jugglebox is already a business, with 11 full-time employees and projected revenue of $500,000 this year. Singh, unusually, is seeking $1 million for 49 percent of his company (most entrepreneurs who appear on the show are looking for several hundred thousand dollars in exchange for a tenth to a third of the company).

He’d use the money to expand to new markets, most likely Boston, Philadelphia and Washington, D.C. (“they make up an attractive corridor,” he says). At the moment, the service is limited to New York City’s five boroughs, although he says he gets requests for out-of-area moves all the time. 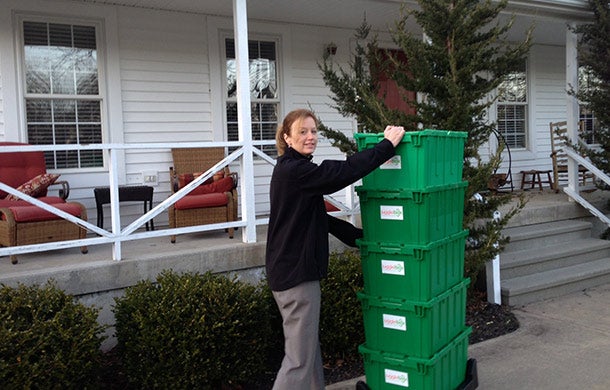 If he doesn’t make it onto the show, which is more than likely -- of the 40,000 people that have applied for the show thus far, only 180 have made the final cut -- Singh plans to raise money the traditional way, from investors and venture capitalists. But despite the odds stacked against him, Singh may just strike Shark Tank gold.

During the pep talk Corcoran gave the assembled entrepreneurs before the casting call, Singh made sure he stood out. “TV loves color,” Corcoran told the audience, scanning the sea of black suites, skirts and sweaters in front of her. “But it’s already too late for all of you.”

“I was going to wear my pink turban,” Singh joked. (He was wearing a black turban, a white button down shirt and pressed black pants.)

While Singh won’t say outright whether or not he’s made it to the next round, he does say this: “I’m not in the show guaranteed yet.” And if he does make it on, you can bet Corcoran will remember him – especially if he decides to wear that pink turban.