Orphaned and Homeless, How This Self-Taught Techie Founded a Multi-Million Dollar Empire

It sounds a little like Charlie and the Chocolate Factory: impoverished young boy -- who recalls huddling for warmth with his family under blankets come wintertime -- is afforded a singular and life-altering opportunity, all thanks to the improbable generosity of a world-renowned candy mogul.

After being orphaned at the age of six and enduring bouts of homelessness in his twenties, Wolfe eventually went on to found GiftCards.com. The e-etailer, which last year posted revenues of $110 million and today counts 100 employees, vends gift cards for major companies like Wal-Mart and Target, as well as for small businesses nationwide.

Though even Wolfe acknowledges that his journey sounds rather unlikely, he insists he couldn’t have done it on his own. Much of his entrepreneurial tenacity, he says, can be attributed to Pennsylvania’s Milton Hershey School -- the famed boarding institution within which he came of age. Founded in 1909 by chocolate magnate Milton Hershey and his wife, Catherine, the school is still funded entirely by the iconic confectioner.

Boarding school not only provided a structured environment (“they used to swat you back then,” he says with a smile) but planted seeds of loyalty, integrity and discipline.

However, it didn’t mark the end of his hardships.

After college, Wolfe found himself homeless when his girlfriend kicked him out of their apartment. He had no family to lean on: at the age of six, his father had disappeared and his mother, who was on welfare, became too sick to raise Wolfe and his two siblings.

Suddenly back at square one, he was forced to move into his car. “I didn’t know where I was going to go, what I was going to do,” he said, “because I didn’t have a lot of food.” He was also recovering from spinal surgery at the time.

But it was out of these dismal circumstances that GiftCards.com began to take shape.

Related: In the Face of Sudden Tragedy, How This CEO Was Able to Rise Anew 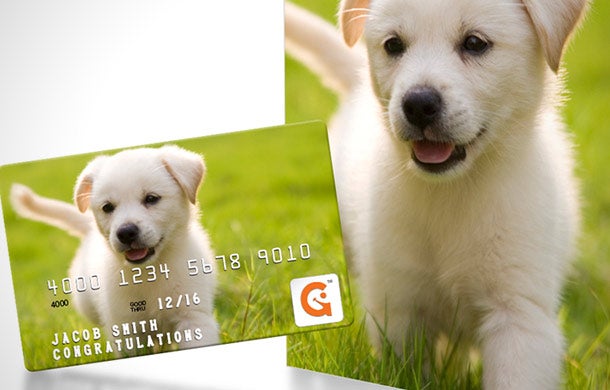 In order to pass his days, Wolfe taught himself to code from books he checked out of the local library. One of the first fruits of his study was directcertificate.com -- a paper gift certificates e-tailer that gradually gained steam. Roughly two years later, after realizing that plastic was bound to prevail as a preferred gifting medium, Wolfe pivoted, purchasing the GiftCards.com domain name in 2003 for more than $40,000.

Today, GiftCards.com chiefly turns a profit by custom-printing and loading its own gift cards from scratch and reselling them to customers at a premium. As opposed to purchasing generic cards directly from retailers, the draw of the site is that consumers are able to personalize their cards with custom messages and photos.

And just as paper eventually gave way to plastic, Wolfe believes that the future of the gifting industry resides in the realm of “credits.” His spin-off company, GiftYa.com, enables customers to bestow gifts digitally -- through a mobile app and website -- without the necessity of any physical objects. Recipients are notified of their gifts via email, text message or Facebook post, which they can then redeem in-store with any credit card.

Related: Self-Made Billionaires Around the Globe: Where and Why They Thrive (Infographic)

But even with both eyes fixed firmly on the future, Wolfe makes it a priority to never forget his past, which -- more than anything, he says -- has taught him the importance of giving back. 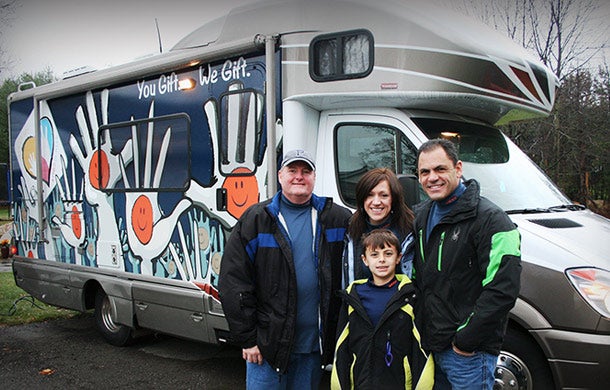 Wolfe (r.), his son (front) and GiftCards.com colleagues on the company's inaugural 'You Gift, We Gift' voyage.
Image credit: GiftCards.com

In addition to having taken three mission trips to Haiti, Wolfe also established the ‘You Gift, We Gift’ initiative at GiftCards.com last Christmas, whereby Wolfe and his 9-year-old son made their inaugural voyage across the country in an RV loaded up with presents for children in need.

“Entrepreneurs, when they become successful, have to give back,” he says matter-of-factly. “In the realm of whatever cause is important to them. That’s what life is all about.”

Spoken with unvarnished certitude, it’s a conviction that perhaps few could understand more fully than he.

7 Lasting Lessons I Learned from Steve Jobs, 10 Years After His Passing

The Future Storyteller of Our World Is You

Lululemon Hits Peloton With a Lawsuit for Its 'Knockoff' Designs