The Bathroom Line Gets a Speed Hack

Entrepreneurs: Allen Klevens, a composer and founder of Prescriptive Music, and Todd Bermann, founder of audio and video company TAB Technical Services, created Tooshlights, an LED lighting system that lets people know from afar which stalls are available in public bathrooms. The Los Angeles-based company's system operates on a color scheme: A green light signals an available stall; red, occupied or out of order; blue, an available handicapped stall.

"Aha" moment: "The idea fell into our laps from a patron who attended an event at the Hollywood Bowl and was frustrated," says Klevens, who serves as Tooshlights' CEO. The concertgoer contacted the venue complaining that despite long bathroom lines, many stalls were actually unoccupied; people were just reluctant to knock or peek under a stall to determine whether it was free. The team at the Hollywood Bowl discussed the issue with longtime contractor Bermann, who jerry-built an early version of Tooshlights based on a wired magnetic system. Seeing the enthusiastic response from concertgoers after the installation, Bermann and Klevens partnered with architect Ella Hazard to develop the system further and to market it to other venues. 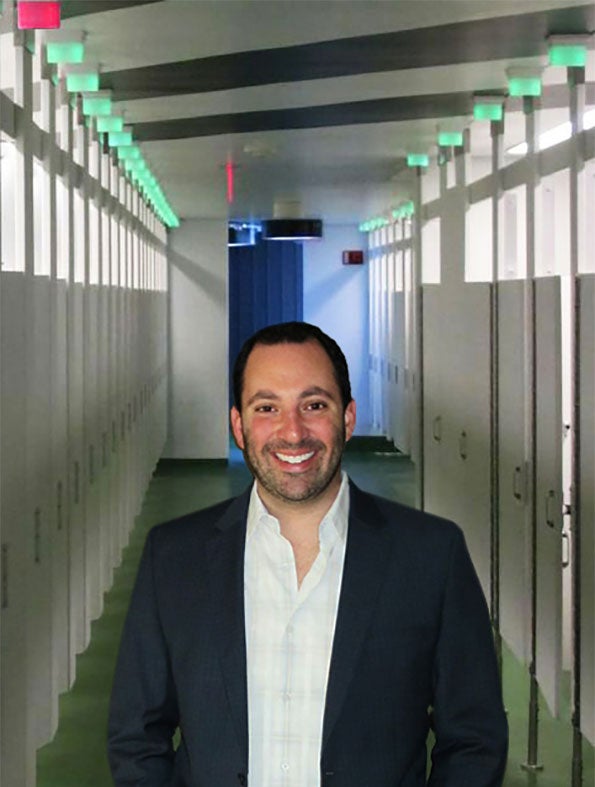 Loo logistics: Tooshlights uses a patent-pending wireless, infrared-based system designed largely by Hazard. The system uses a universal lock that, once set to the closed position, triggers a signal that changes the light overhead. "The only foolproof way to trigger the light was by putting it on the lock," Klevens explains. Other mechanisms didn't prove as effective; for example, an early system based on heat sensors was nixed after a test showed that it failed to be triggered by users wearing hats.

Dear john: Rather than just any behind, Tooshlights is named after Klevens' nickname for his daughter, Jordan. "It's a win-win," he says. "My daughter thinks I named the company after her; the rest of the world thinks it refers to regular toilets."

Flush with cash: Klevens and Bermann funded the company with their own money, preferring to retain ownership. "Initially, we were going to look for VC money. Now, we're looking for passive investors who understand the product and want to be part of it," Klevens says.

Installation of Tooshlights costs $400 to $750 per stall. "For large venues that go through $100 million in renovations, our fees are nothing," Klevens says. "That rate is in line with installing electronic dryers and other amenities." But he believes it provides a more valuable service to venue patrons. "It's about helping people know where to go. It also saves people from coughing, sneezing or breathing heavily just to let people know they're in the stall."

Hold it: At a concert or sports game, it's hard to leave your seat for fear you might miss something good. Understanding this anxiety, Tooshlights is developing an app that will allow customers to see how many stalls are available at any given time. The company is also at work on a back-end program geared toward facility management so that operational decisions can be made based on stall use at specific times; Tooshlights plans to charge venues a subscription fee for the data provided.

How This Man Turned His Passion Into His Profession

How an Off-Season Hobby Grew into a Slick Business