As members of the inaugural class of Silicon Valley's Singularity University in 2009, Jessica Scorpio and Sam Zaid received a challenge from Google's Larry Page: Identify a business concept that could benefit 1 billion people in 10 years. While brainstorming, Scorpio and Zaid kept coming back to transportation.

"There are a billion cars that sit idle 23 hours a day, every day. In the U.S. alone there are actually 6 billion car hours being underutilized," says Scorpio, 27. She and Zaid were inspired by car-sharing service Zipcar but aimed to improve on that model--rather than maintaining and renting its own fleet of cars, their company would connect individual car owners with renters. The idea for Getaround, a peer-to-peer car-sharing marketplace, was born.

The pair teamed with former Googler Elliot Kroo to create prototypes of an iPhone app and in-car hardware, Getaround Connect, which provides renters with access to cars and compiles diagnostics and tracking information.

With the technology in development, the team focused on overcoming a major hurdle prior to launch: making prospective members comfortable with sharing their vehicles. "When we were coming up with [the idea], people loved it; they thought it made a ton of sense, it could have a big impact, there was a need for it," Scorpio says. "But lots of people said that it will never work because people aren't going to share their cars with strangers." 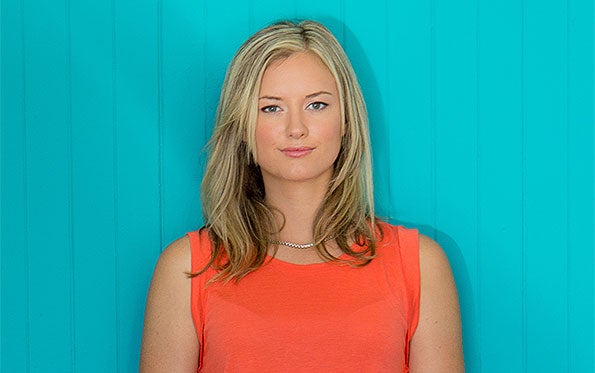 To address that issue, the team partnered with Berkshire Hathaway to develop a custom insurance policy for car owners and renters, one that complies with state laws on personal vehicle sharing.

Car owners receive coverage of up to $1 million, and drivers are screened to ensure safe driving records.

San Francisco-based Getaround launched in 2011 at TechCrunch Disrupt, where it received $50,000 (and extensive media coverage) for winning the conference's startup competition. In addition to San Francisco, the service is active in San Diego, Chicago, Austin and Portland, Ore. Cars are available on an hourly, daily or weekly basis, with a focus on on-demand rentals--most occur within three hours of booking. Rental fees average $9 per hour, depending on location, car type and rental length; owners receive 60 percent. According to Scorpio, Getaround's 25,000-plus car owners make $500 to $1,000 per month. For its 40 percent commission, Getaround provides insurance, 24/7 roadside assistance and customer support. The service has more than 200,000 members and revenue in the eight figures.

In 2012 Getaround closed a $13.9 million Series A round led by Menlo Ventures with participation from Yahoo's Marissa Mayer and others, bringing its total funding to $19 million. The investments have enabled the company to refine its technology. A year ago it released Getaround Instant (currently available only in San Francisco), which provides immediate access to cars via website or app, rather than having users submit a request for a future rental. The company recently launched its first Android app and a revamped iPhone app, as well as the third generation of its Getaround Connect hardware with new features such as Bluetooth connectivity.

As for meeting Page's challenge? They have a way to go yet, but they are certainly driving in the right direction.