Very rare is the product that rises through the ranks of the retail pantheon to become -- suddenly -- an icon.

In the world of high fashion, you can probably count them on one hand: classic Chanel tweed. Louis Vuitton luggage. Louboutin heels, Birkin bags and Burberry trenches. Each is instantly recognizable, and each carries a starry social cachet that often eclipses its mother brand.

For Longchamp, the French luxury house founded in 1948, this icon is Le Pliage. Thirty million of the ubiquitous nylon tote bags have been sold since the product’s launch in 1994 -- a sum that largely contributed to total company sales of $579 million last year. Today, Longchamp says, 10 Le Pliage bags are sold every minute across the globe.

The bags -- available in a cheery array of colors and trimmed in grainy brown leather -- are named for the French verb ‘to fold.’ Each tote, when collapsed, is reduced to the size of a paperback book.

And at $95 to $145 a pop, they are also significantly cheaper than comparable luxury purses. Longchamp’s own leather handbags, for instance, can reach upwards of $1,000.

As an energetic -- and synthetic -- foil to the company’s foundational leather offer, the unforeseen success of Le Pliage has felt like a “viral” event, says the company’s CEO, Jean Cassegrain. (The family owned and operated company was initially established by Cassegrain’s grandfather as a vendor of leather-clad tobacco pipes.) 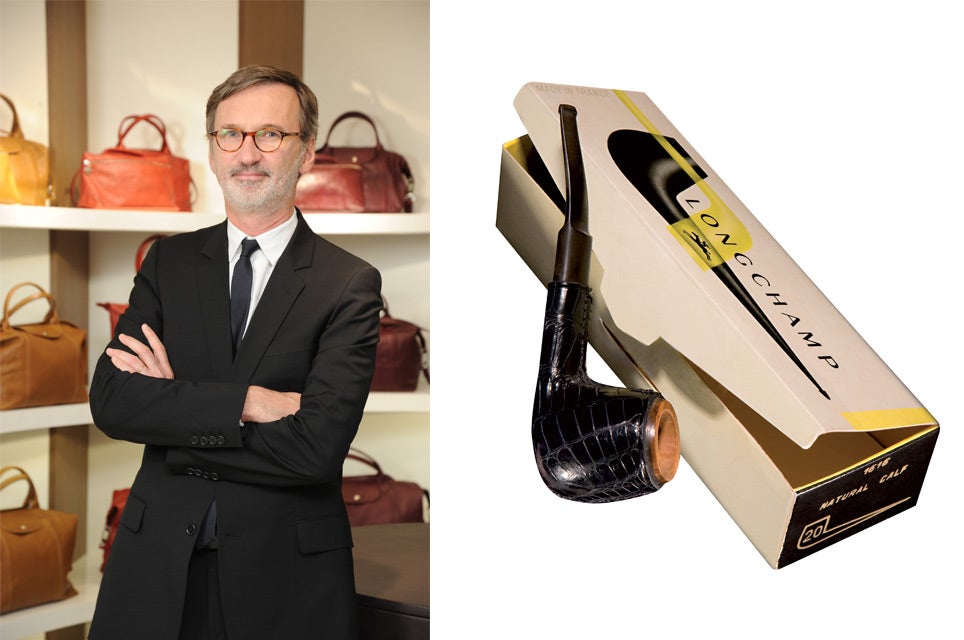 Amid its initial deployment 20 years ago, Cassegrain says, Le Pliage was met with little fanfare, and was supported by virtually zero marketing dollars. Three years later, it suddenly turned into an all-out hit. “It’s not like we created this and decided to make it a star,” Cassegrain says. “It became a star almost by itself -- by the sole force of the product.”

While even Cassegrain himself seems a little mystified by Le Pliage's explosive growth, he points to the bag’s intergenerational appeal as one explanation.

“It’s universal,” he said. “Usually, a 12-year-old or an 18-year-old doesn’t want to use anything that’s the same as their mother or grandmother.” The fact that the bag is proudly toted by high school students (as a stylish backpack alternative) and senior citizens alike would seem to point to something of a sociological anomaly.

And on this, its 20th birthday, while the family is elated by Le Pliage’s achievements, they have also sought to steady the product’s ascent with a careful hand.

Marketing efforts, for instance, have been few and far between. For one, Cassegrain explains, the product became successful enough not to require any ads. Second, the team doesn’t want a nylon product to overshadow its rich roots in leathercrafting. “We have to be careful that the brand is not reduced to that product,” Cassegrain said.

But at the end of the day, he says, the key to creating an iconic product lies in striking a tricky balance between bucking tradition and worshiping it.