This Entrepreneur Plans to Save the World, $1 Trillion at a Time

By Dennis Price February 17, 2015
Opinions expressed by Entrepreneur contributors are their own. 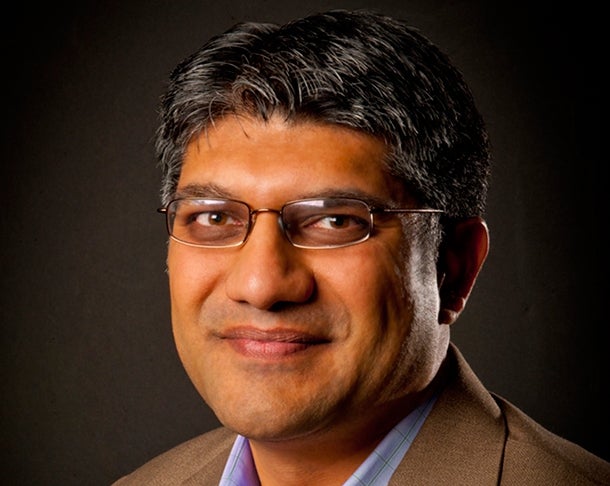 “Impact to me means $1 trillion,” says Jigar Shah, president and co-founder of Generate Capital, a new specialty finance company that works with project developers and technology manufacturers to finance what he calls “the resource revolution.”

First, a little background on Shah. As the founder of solar giant SunEdison, Shah cracked the code and laid the foundation for the explosive growth of not only SunEdison, now worth more than $5.5 billion, but also Elon Musk’s SolarCity and others. His no-money-down, pay-as-you-save business model unlocked the hundreds of billions in secondary financing that has driven the quadrupling of installed U.S. solar capacity in the past five years. Last year, solar and wind together accounted for more than half of new U.S. electrical generating capacity. “Impact means people follow you,” Shah adds.

Since he left SunEdison five years ago, Shah has worked through outfits such as Richard Branson’s Carbon War Room, where he was founding CEO, to build the business case for scaling up other clean-tech industries.

This is where the trillion-dollar projects come in. At the Carbon War Room, Shah became known as a champion of the “gigaton throwdown,” a 2009 challenge to reduce annual carbon emissions by 17 gigatons (from 36 gigatons today), in order to avoid a catastrophic rise in global temperatures. Shah focused on specific areas called “wedges” that have potential for one-gigaton carbon reductions, including energy, water, waste, transportation and agriculture.

The required changes are massive as each area (wedge) represents an investment opportunity of $1 trillion or more, according to multiple estimates, in order to bring sustainable infrastructure to billions of people around the world. A one-gigaton reduction in transportation, for example, would require swapping out a billion cars that get 20 miles per gallon for ones that get 40 mpg.

This is what Shah calls Creating Climate Wealth, the title of his 2013 book in which he lays out the roadmap for approaches that can more than pay for themselves, but require massive infusions of upfront capital. Though renewables such as solar cost less over time, consumers had a hard time justifying, if even affording, the upfront costs of the equipment and installation.

At SunEdison, Shah helped introduce the 20-year power purchase agreements that bring together customers, investors, clean-tech manufacturers and government regulators with terms they can all understand. SunEdison would install and service the equipment, ensure it performed as expected and deliver reliable, long-term dividends to investors.

Generate Capital, launched last year by Shah and co-founders Scott Jacobs and Matan Friedman, aims to demonstrate the investment opportunities in other proven approaches in renewable energy, energy storage and energy efficiency. The firm already has north of $100 million to begin underwriting clean-tech projects. Though some impact-driven family offices are on board, Shah is seeking mainstream investor capital.

Related: This Startup Wants to Shine a Light on Far Reaches of the Globe

“The goal here is to bring project finance to the hundreds of technologies that cost more upfront but save money over time that are either too confusing or too small for the traditional players to invest in,” Generate Capital said in a statement.

Unlike many investors, Shah is not looking for technology breakthroughs. The key to large-scale deployment, he says, is the availability of proven, battle-tested technologies such as photovoltaic solar panels, developed by Bell Labs in the 1950s.

“We believe that the biggest impacts in sustainability will be found in scaling the adoption of existing technology,” says Greg Neichin, an investor in Generate Capital and director of Ceniarth, LLC, a firm that’s focused on funding scalable solutions to the world’s big challenges. “While significant capital has flowed to inventing new venture-backed technologies, we believe that the best risk-adjusted returns are available in financing the deployment of proven products and services.”

Shah and his team have already identified nearly $1 billion worth of project-finance opportunities in the U.S. alone -- an amount, the firm says, that is growing every day. Generate targets projects of between $2 million and $20 million, offering short-term asset-based financing, equipment leasing and other forms of project finance.

“Everything we have on the planet is old right now. It all has to get rebuilt. We can either rebuild it the right way or the wrong way,” Shah says. “It’s the largest wealth-creation opportunity of our lifetime.”