SXSW: What ClassPass Learned About Making Decisions Easier for Customers

By Laura Entis March 14, 2015
Opinions expressed by Entrepreneur contributors are their own.

Entrepreneur is on the ground for SXSW. Check back for highlights from the festival as well as insights on trends from a range of thought leaders and innovators. See Payal Kadakia today at the panel Seemingly Seemless, on invisible payments.

It’s 6:30 p.m. on wintery Wednesday, and CEO Payal Kadakia is sitting in a small, windowless conference room at ClassPass’s brand new Manhattan headquarters. Boxes of tech equipment line the hallways, some overflowing with wires. That’s to be expected. In the last year, the company increased staff from four to 300, grew from 12 markets to 32, and completed a pivot that transformed the company entirely.  The boxes can wait.

Class Pass offers fitness classes by subscription. For $99, users have access to unlimited sessions from more than 2,500 participating studios and boutique gyms in 32 cities. Since early 2014, the company has doubled its user base every three months and inspired a fleet of startups that now advertise themselves as the ClassPass of their market. 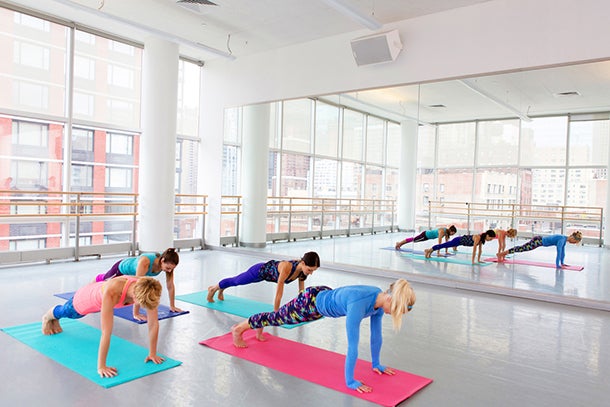 Offering unlimited classes helped keep customers focused on their ClassPass workouts and not whether or not they were maximizing the value of their pass.
Image credit: ClassPass

But that wasn’t always the case. The company was originally formed as a database to book individual classes. In 2013, the then-named-Classivity was struggling; fewer than 100 classes had been booked on the platform in its first year. To promote the floundering service, “we created a one month pass, a $49.99, purely discovery offer” that allowed users to sample 10 classes from 10 different studios.

The response was surprising. Users weren’t signing up to become permanent members at the highlighted studios as Kadakia hoped. However, “they were trying to fraud us and buy the pass over and over again,” she says. “Whenever people are trying to give you money, and you're like 'No! Don't' you have to stop and consider: What am I saying no to?”

She and her co-founder, Mary Biggins, realized that users were responding to the variety.  While they didn’t want to commit to one studio, they would pay to sample a range of classes at multiple studios.

Related: How One Grocery Store Is Modernizing the Honor System

While the company’s original OpenTable-style database sounded great in theory, in reality “there were too many decision taxes that went into actually selecting and buying a class; it prevented people from working out,” says Kadakia. “We realized we needed to create something that was friction free.”

And thus, ClassPass was born. At first, the company offered a monthly pass that cost $99 and allowed users to attend 10 classes per month. Last year, 10 classes became unlimited classes.

It’s a small but important distinction. By transitioning to unlimited classes, users don’t feel pressured to attend all 10 classes. An unlimited model takes messy per-class calculations out of the equation for the consumer. Those who don’t go to all 10 classes don’t feel as if they are leaving money on the table. “When something is aspirational, you don't want someone to be thinking about payment every single time.”

Equally important, the transition didn’t cost ClassPass, which pays boutique studios a discounted fee for each class booked through its network, that much more money. On average, Kadakia says, ClassPass members only attend 5 to 6 classes a month, while a very slim percentage attend more than 10.

The company is still experimenting. Growth from trendy cities New York and San Francisco to smaller markets such as Kansas city means including traditional gyms, like low-budget Crunch, along with boutique yoga and pilates options. In the future, Kadakia says the platform could also include spots at events, including parties, movies and outdoor activities (ClassPass recently listed an ice-skating event on its New York City platform, which it sold out in two-minutes).

As ClassPass continues to grow, Kadakia isn't afraid to make adjustments to the model. Currently, users who sign up and then leave the network must pay a $79 reactivation fee to rejoin, but it's a feature that may get soon scrapped. "Again, it's all about making it as friction free as possible," she says. "When something is aspirational, you don't want anyone to be thinking about payment. Instead, it should be: 'I'm going to go sweat.'"