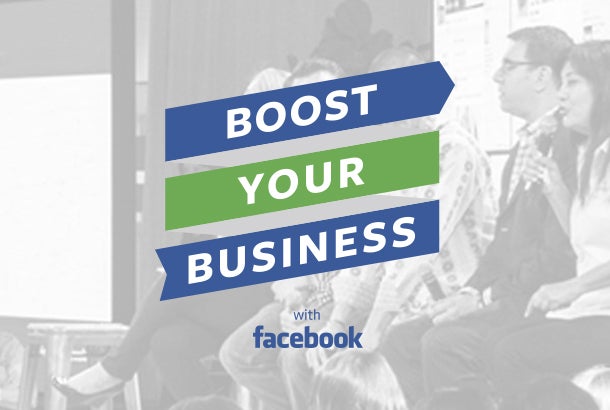 Facebook already boasts some 40 million small business pages -- up 10 million from around last year at this time -- but it’s always hungry for more.

In a bid to broaden its SMB reach, the social giant today announced that it’s once again hitting the road to host several bootcamp-style small-business meetups this summer and fall.

Facebook’s Boost Your Business tour will pit stop for half-day sessions in San Diego (June 4), Minneapolis (July 30), Nashville (Aug. 27) and Boston (Oct. 5). The community outreach roadshow will focus on helping SMBs grow their businesses online, in large part via Facebook ads and other event partner tools and services, no surprise. 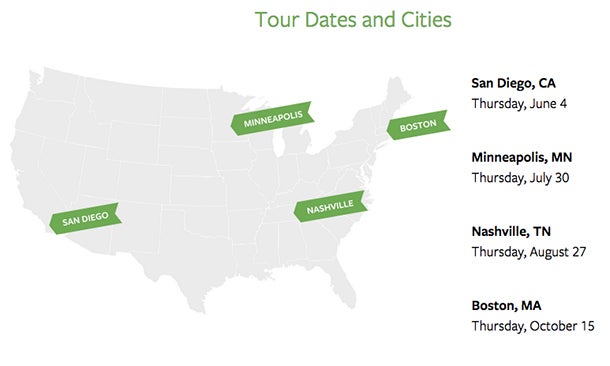 “Facebook is actively investing in small business education and outreach and these events are an extension of that continuing commitment,” Dan Levy, Facebook's vice president of small business tells Entrepreneur. “Not only will you find out how to get started with your page on Facebook, you’ll also learn how to run a direct response campaign on Facebook, along with how to build your brand and how to drive in-store traffic online, and not just on Facebook.” 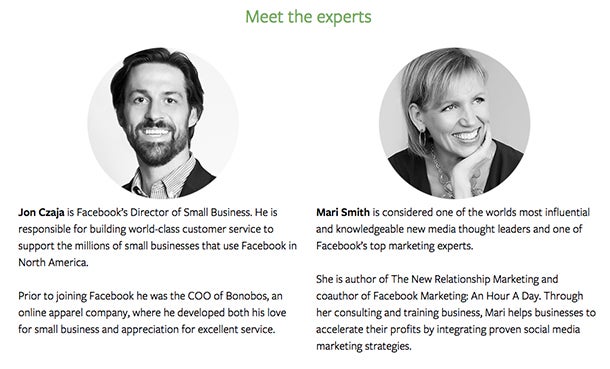 Related: Facebook Just Made Communicating With Friends and Clients Even Easier

On top of the half-day powwows, Facebook will also host around 25 free pop-up mini-sessions. Facebook notes that MailChimp, Shopify, Visa and Zenefits will not participate the pop-up or international events. To register for a pop-up, head over to https://boostyourbusinesspopup.eventfarm.com. The schedule so far is as follows, with additional locations to come, eventually including spots in Europe, Asia and South America:

Related: Get Ready for Big Changes to Facebook Messenger and Video

Tickets to the half-day sessions are $25. Attendees of those will be given $50 Facebook ad credits, a little strategic motivation to start advertising with the world’s most trafficked social media meeting grounds, if you haven’t already. To reserve your half-day session spot, go to https://boostyourbusiness.eventfarm.com.

Facebook is also leveraging the announcement to promote its Ads Manager app, a Facebook ad campaign mobile tool it launched last year, as well its new online chat support offering for businesses in the U.S., U.K. and Ireland that advertise on the social media mecca. Support for those in other countries is slated to roll out later this year. The chat feature provides live, one-on-one support delivered by trained “Facebook ads specialists.”

Related: How to Make Your First Ecommerce Sale (Infographic)