Why Alibaba's Jack Ma Sees Himself as an 'Artist,' and Maybe You Should, Too

Jack Ma, executive chairman of Alibaba visited New York and Chicago this week to encourage American small business owners to sell more of their products to the growing Chinese consumer-class via the e-commerce platform he founded in his tiny Hanzhou apartment in 1999.

He also shared some of the strategies and philosophies that helped him grow his company. These approaches could give any entrepreneur a new way to look at business. Here are some of the insights he shared. 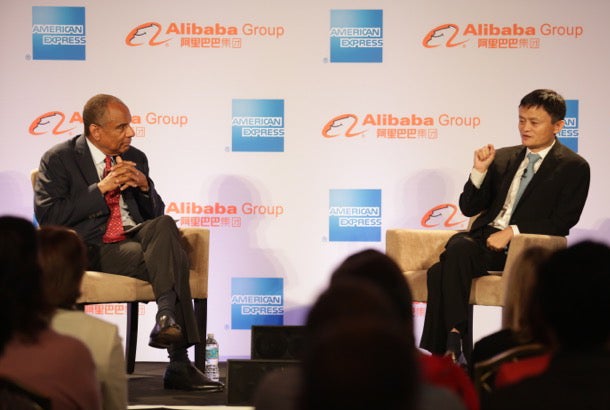 Create something no one can copy.

When an an audience member asked Ma if he considers himself an artist or a businessman, especially after Alibaba’s massive IPO last September, Ma chose artist.

Ma described Alibaba and its sister sites Tmall, Taobao and AliExpress as works of art created by his employees and customers. “It’s an art, something that nobody can copy. It’s not about making money.”

Fail often, but understand why.

Ma suggests entrepreneurs look beyond success stories. “As a small business, try to learn as many mistakes as possible from others. A lot of people fail for the same reasons. If you know why people fail, you learn progress.”

Ma added that the most practical business lessons don’t always come from billionaire tech moguls. “Do not always learn from Bill Gates and Jack Ma. Learn from your neighbor,” said Ma, explaining that your equals are likely experiencing the same business struggles as you but may be overcoming challenges better.

Ma says the time to protect your business is when you don’t think you’re under threat. “My philosophy is repair the roof while there is still sunshine. If the storm is coming, don’t go up and repair the roof because you will be destroyed. Every time when I feel good, when my people say, “Wow! We had a great year!” I know, that’s the signal that we need to change.” 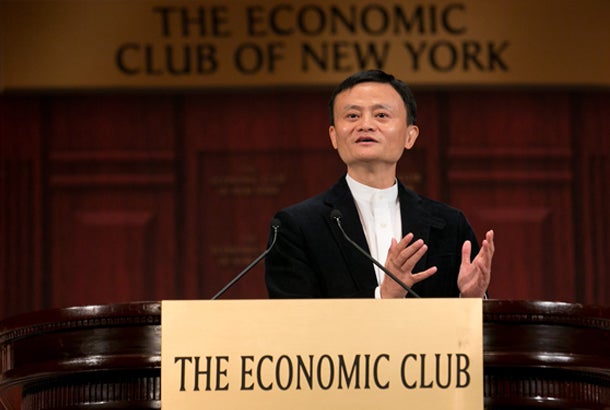 When the entrepreneur froze hiring last April, he faced major criticism. During his talks, he explained that the move was part of a larger strategy for the 16-year old company.

“People said ‘Wow, [that’s] terrible business if you freeze the headcount, that means your business is terrible.’ I think this is traditional thinking,” Ma said. “We know the less people we have, the more innovative we will be to create our technology and our product.”

IPOs are difficult, but necessary.

Last September, Alibaba shattered records with its stock market debut. Ma admitted that life was difficult for his company before going public and that "now, after IPO it’s much worse.”

But, according to Ma, it was a necessary step. “When we IPO, the company [becomes] more transparent. It’s not only our people who watch us, the globe will watch us and improve us. We may not like the criticism, but you have to get used to it.”

In early May the Chinese e-commerce shuffled top management in order to appoint younger executives to the helm of the Internet giant, including naming COO Daniel Zhang to replace Jonathan Lu as chief executive.

While it might seem strange for a young company to worry about succession, Ma explains this sort of thinking can help the company evolve with its market. Ma continued, “Just like kids. If you want a kid, you should have a kid when you’re young. I started looking for a successor when I was 40 years old. Now I’m 51, training young people.”

“I don’t [ever] want to see: ‘Jack Ma died, our founder disappeared, and the company is in trouble.’ We have to look for successors.”

Jack Ma just wrapped up a visit to the U.S. where he met with #smallbusiness leaders. @entrepreneur listened in on his global growth strategy for the ecommerce giant that he founded in 1999. Stay tuned!

Related: Why Alibaba's CEO Stepped Down