Business Lessons From the Family That's the 'Cake Boss' Empire

By Daphne Mallory August 28, 2015
Opinions expressed by Entrepreneur contributors are their own.

Carlo's Bakery, featured on TLC's Cake Boss, is a thriving family business. Bartolo Valastro Sr. bought Carlos' Bakery in 1964 from Carlo Guastaffero who opened it in 1910. The show is aired in 220 countries around the world, is available in 45 languages and has been viewed by at least 1.5 billion people. Here's some  advice from Buddy and Grace on success:

Bartolo, Buddy's dad, moved to the United States with zero dollars, and started out as a pot washer. At 26, he bought the bakery and grew it from a staff of two to 30. He used a portion of his revenue to invest in real estate. Bartolo died a millionaire.

"It's somewhat of a trait that's passed down from father to son. He set the stage for the rest of us to do this," Buddy explains. He, too, is always looking for good opportunities and does not limit himself to one industry.

"There's not just the baking business, but I also have restaurants, I also film my own television shows, I have a production company and a multitude of licensing deals and businesses all across the globe," Buddy explains. 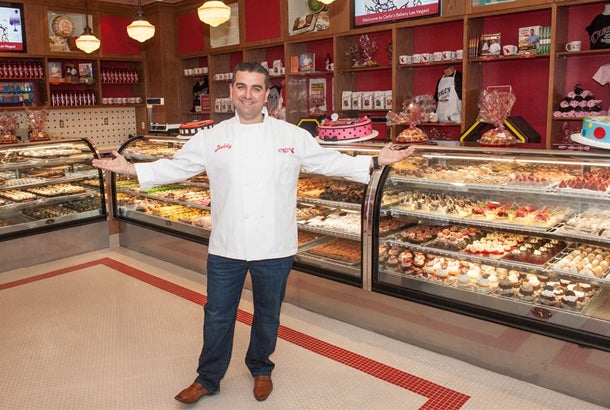 Related: Why Startups Should Consider 'The Bakery Model' When Starting Out

Build it one customer at a time.

When the show aired regularly, tourists and local customers would wait in line for up to seven hours at the bakery. That's no longer the case. Prior to the show (and after), they were a household name because they focused on providing quality service to each and every customer.

"Anywhere I go in the world, I'm recognized," Buddy shared.

He doesn't take it easy. His typical work day begins at 6 AM and doesn't end before midnight. That work schedule continues for six and sometimes seven days a week.

"We have over 1,000 employees with all the businesses and it keeps growing. We have new businesses [such as The Sweet Room - a dessert-only restaurant, and a new Carlo's Bakery at Mohegan Sun]. We're trying to keep the integrity of the product the same. We're also opening up overseas."

Buddy said growth is only possible with the support of his wife, Lisa, his sisters and brother-in-laws. Grace agrees, "If I weren't doing this everyday with my family around me, I don't know that I could work this hard for someone else. It works for us because of the love and the passion, and we were born into it." 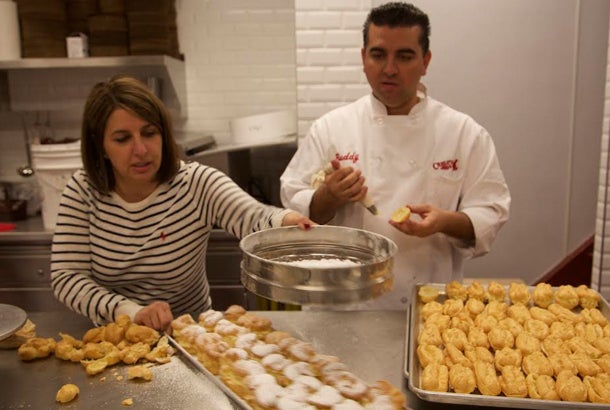 Related: Starbucks Is Shutting Down the Bakery Chain It Acquired Three Years Ago

Dream bigger than your competitors can imagine.

Buddy knew the limitations of the bakery and wanted to blow his competition out of the water. His first move was to build  a commissary, that includes a  5,000 square foot wood shop used to build frames.

"I set myself up to build cakes that people couldn't even imagine. The garage door is the size of a cake we could make. With the oven we had, the capacity and the size, you couldn't build the cakes we could because you couldn't take it out of your bakery!" Buddy said.

His dream-big, act-big philosophy translates to his goals for expansion: to open a bakery every two months.

Develop your own technology.

Grace manages the day-to-day operations and employees. She uses an app that was developed for the family business to track productivity, waste and other measurements. It was a sizable investment.

"It's a good tool to gauge if certain people need training, who your top sellers are, and to give incentives. We find that it's beneficial to the business," Grace said.

Buddy uses it when he's away to track average transactions, how many creations are made and by which baker. how long it takes to serve a customer and more. It's just the high-level view he needs to assess the state of the  family business.

Grace cautions anyone thinking about starting a family business: "There are a lot of families that can never work together. There are families that don't speak. We don't always agree but we're able to talk it out and get to the point where we're still able to work together. I do think that it's something special."