By Max Yoder October 20, 2015
Opinions expressed by Entrepreneur contributors are their own.

In 2011, I’d just released my first musical album, a six-song EP I’d recorded from my bedroom in the Midwest America. Now, all I needed to do was get the folks at my favorite label, Sub Pop Records, to listen to it. 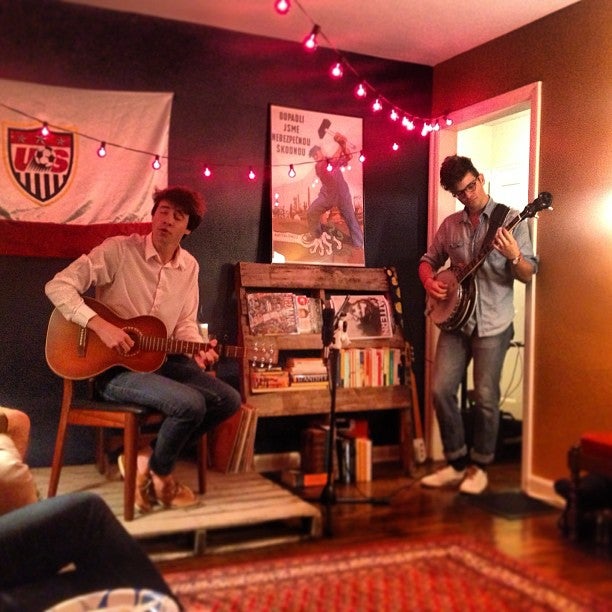 The only problem? Every musician and his mother wants the folks at Sub Pop Records to hear his (or her) newest album. So, I decided, traditional measures wouldn’t do. I had to get creative.

The first thing I did was buy two domain names: BrucePavitt.com and JonathanPoneman.com. That might not sound interesting, except for whom those names belong to. Pavitt and Poneman are the founders of Sub Pop Records.

They are the guys who gave Nirvana their first record deal, made Mudhoney famous, put the Postal Service, Iron & Wine and The Shins on their paths to fame and fortune -- I could go on. They're quality and I wanted to make this work, so I devised a simple series of steps, which were:

The output was this: 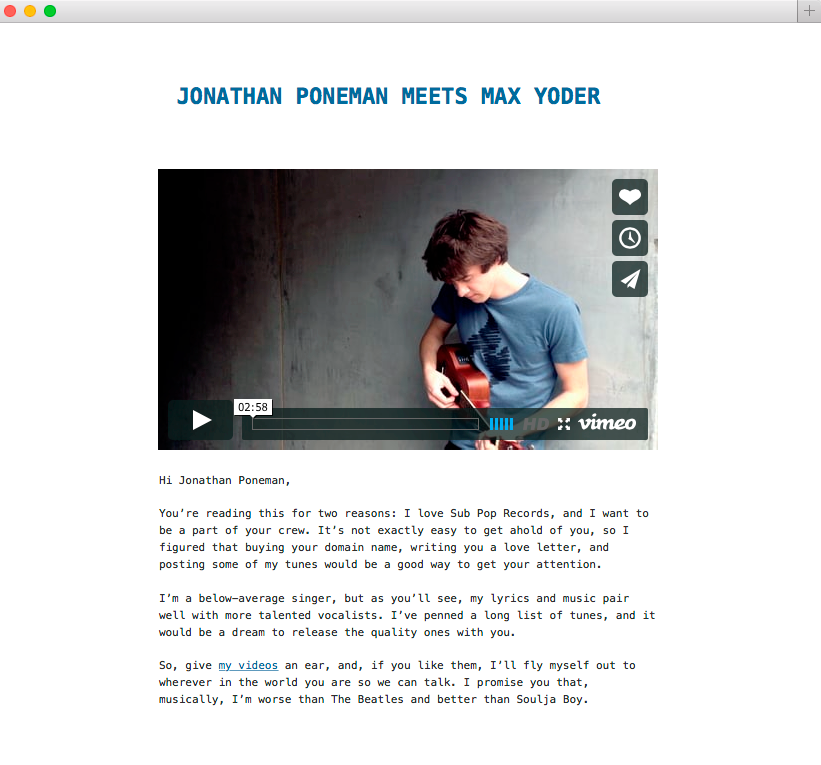 (This is still live. Never givin' up hope.)

A month passed. Nothing. Then, five more months passed. Then, six more. It was a year later when an email finally hit my inbox. It came from Pavitt’s friend, explaining that he wanted to use the URL, BrucePavitt.com, for personal reasons. I immediately transferred the ownership rights, then followed up with an email: “I would love to meet Bruce and talk about my music if he has time.”

Pavitt's friend’s response came just a few minutes later: “Sure, Max, Bruce would love to meet! Here are some dates that work for us...”

The next thing I knew, I was on a plane, heading to Seattle. Pavitt took a ferry in from his private island and met me at a dive bar called Linda’s. He was so kind. He’d listened to all my music before we’d met and proceeded to give me great feedback on my style and approach. I was not Sub Pop-ready, he said, but I should keep in touch.

So that’s what I did. And to this day, I send Pavitt my new songs as they come out. He’s always kind enough to lend them an ear.

I confess: The experience did not earn me a record deal, but it did teach me a very important lesson: if you want to meet somebody in this world, you can. And with that fire lit, I knew I could do more. So, I started making lists of people I wanted to meet, and one after another, I met them.

My point is actually something quite brief: that no matter who you are, your ability to reach someone begins and ends with your creativity and persistence. You can get face-time with anyone, so long as your reason is relevant to his or her interests.

Next time, I'll write about how to meet anyone you want to when the domain buying option doesn't work. Hint: it involves polite, pithy, persistent emailing. Stay tuned.

Related: Why Every Entrepreneur Should Study Lil' Dicky