By Laura Entis September 3, 2015
Opinions expressed by Entrepreneur contributors are their own.

New York City takes its coffee very seriously. With hundreds of independent coffee shops, New Yorkers bored with Starbucks have a wealth of other options. Pour-overs, nitro brews, mochas made with artisanal chocolate, matcha lattes – the jolt of trying an unfamiliar drink at a previously undiscovered shop is one of the best parts about consuming coffee in a city that treats the beverage like an art form.

Enter Cups, a startup that has honed in on this discovery aspect and built a business model around it. The Israeli company, which launched in New York City, offers a monthly subscription service that allows members to get unlimited coffee from 180 independent coffee shops in the city. For $90 a month, members can drink any amount of drip coffee, both hot and iced, from participating businesses. For $120, that expands to all beverages – mochas, frozen hot chocolate, Nutella cappuccinos, you name it. That averages out to $3 or $4 a day, respectively.

To small-business owners, Cups presents itself as a valuable marketing platform. "It's a chance to get discovered in the city, and get more customers coming in," says Gilad Rotem, Cups' co-founder and CMO. Back in May, Rotem said Cups' user base had quadrupled over the previous three months. Today, the company's customer count is in the "tens of thousands."

For each beverage ordered with the app, Cups pays the coffee shop a percentage of the listed price. Several shops in New York City pegged that percentage at 90 percent. Rotem's sales pitch is that while owners may lose a small margin on sales, the new customers that come in should more than make up for it.

For now, this seems like a win-win. But if Cups grows large enough, will it stay that way?

If Cups' business model sounds familiar, you've likely heard of ClassPass. The basic premise is the same, just swap café au laits and cold brew for kickboxing and aerial yoga. ClassPass offers its members an unlimited number of classes and sessions from a network of boutique fitness studios and gyms in their area (currently, the company operates in 32 cities).

As Cups does with coffee shops, ClassPass advertises itself to studios and gyms as a marketing platform -- a way for them to gain exposure and new clients (ClassPass members are limited to three classes a month at any one studio). Each time a class is booked on its network, ClassPass pays the studio a percentage of its drop-in rate. While the rate fluctuates depending on the studio, it’s typically around 40 to 50 percent of the listed class price.

While many gyms initially embraced ClassPass, as it has grown from scrappy startup to a powerhouse valued at more than $200 million, it's become a divisive figure in the boutique fitness world.

Kristen is the co-founder and an instructor at Soul Sister Fit, a yoga studio in Brooklyn, N.Y. She recently opened the studio, and as a result, she depends on ClassPass to fill spots in classes that wouldn't otherwise reach capacity. The majority of her classes are filled by ClassPassers. The drop-in rate is $30; ClassPass pays 40 percent of that.

All in all, ClassPass has been a boon for business. "It’s brought in a lot of people who then spread the word," she says.

Still, she has noticed that ClassPassers, aren't purchasing monthly memberships for her studio. Instead, they cycle through, there one day and then onto rowing/rock climbing/barre class the next.

Kiki Morris -- the founder and sole instructor of Traditional Tribal Fitness, a group outdoor exercise class in Brooklyn – is friends with other boutique fitness owners who "complain about ClassPass," primarily because of the steep discounts demanded by the company. For Morris, who was an early adopter (he joined the network three years ago), it's worked out ok so far. Still, he's decided to ask that ClassPass increase its rate. Right now, his drop-in rate is $17; ClassPass pays him $7, but the company doesn't agree to raise his cut to $10, he says he will sever the relationship.

Additional studios have complained that not only does ClassPass fail to bring in new members, it poaches existing ones. 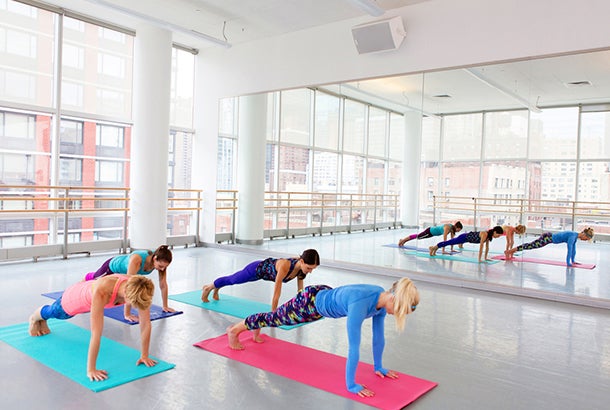 In other words, while many gyms enjoy a mutual beneficial relationship with ClassPass, it’s changed the nature of the boutique fitness business, at least in markets like New York where the startup is well established.

"ClassPass offers a very similar model to Cups -- I think that the comparison is fair," Rotem says. "It's the idea that people are willing to commit to a daily habit."

Of course, there are substantial differences between a cup of coffee and a gym membership. Coffee shops in the Cups network benefit just by getting new customers through the door in a way studios in the ClassPass network don’t; oftentimes, customers end up picking up pastries and sandwiches in addition to their coffee.

And unlike spots in a fitness class, coffee beverages aren't finite, which turns out to be a double-edged sword. ClassPass works for studio owners because it gives them a cut of spots that would have otherwise gone empty. At the same time, having to constantly predict how many spots to reserve for ClassPass members can be an exhausting exercise. When a studio owner get it wrong, and a regular is barred from a class as a result, he or she runs the risk of alienating loyal members.

Coffee shops owners can theoretically sell as many beverages as they want, which makes the equation far simpler, but it also means that they are selling coffee (and milk, espresso etc.) at a discount. And if Cups continues growing, there's the real risk that it could poach consumers. Think about it: your local coffee shop likely has a punch card, a loyalty measure to keep you coming back each morning. "We do see that concern from owners," Rotem admits.

Related: ClassPass Tones Down Blog Post Encouraging 'Single Bros' to Pick Up Women at the Gym

Sweetleaf is a small independent chain with three, soon to be four, locations in Queens and Brooklyn. In the niche world of New York City coffee shops, it's a recognizable name, consistently featured on “best of” lists. For Cups, which has been aggressively building its network by starting with smaller stores, it was a get.

"They were pretty persistent – they kept trying to reach out,” says Sweetleaf founder Richard Nieto. Despite his initial reluctance, he was convinced to join because “I thought I might grab new customers in the area looking for a place to get coffee." 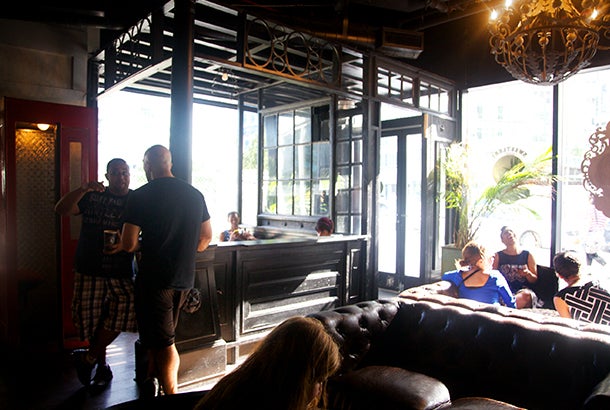 Sweetleaf is still new to Cups, but Nieto says he's already noticed new customers coming in and ordering with the app.

Jamie Rogers is the owner of Pushcart, a specialty coffee shop with locations in Chelsea, Gramercy Park and the East Village. An avid follower of startups and technology, Rogers was aware of Cups back when it was operating only in Israel. When Cups launched in New York last spring, Pushcart was one of the first stores to sign up. At the moment, he estimates that only 5 percent of his customers order beverages through the app, but it’s a number that’s been picking up steam over the last few months; if the trend continues, and 5 percent grows to a more substantial slice of the pie, he says he’d push to renegotiate his terms with the company.

For Paul Schlader and Jeremy Lyman, the founders of New York City-based Birch Coffee, Cups' deal felt like a bad decision from the start. "We have regulars who come in twice, sometimes three times a day," says Lyman. "You can quickly do the math to see that it's just not worth it." 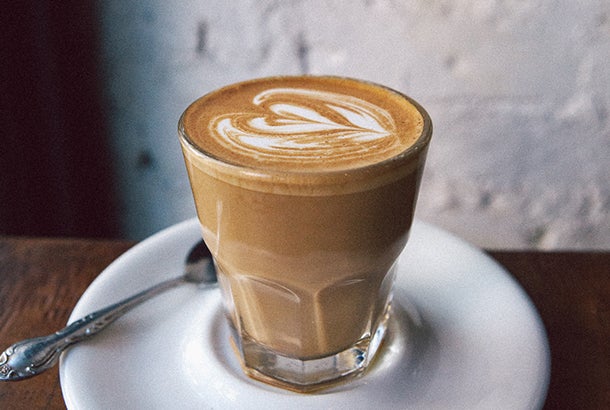 The app – which allows Cups' customers to pick up their coffees seamlessly – also strikes some owners as too clinical, leaching the personalization that defines their coffee shops from the equation. Ninth Street Espresso, a specialty coffee chain with three locations in Manhattan, did not join because it remains a cash-only establishment. "I know this is a personal thing, but it feels more intentional, to go into a place and pull out a $5 bill, pay for what you want and have an exchange with the barista," says Trey Wrage, a manager at Ninth Street Espresso. "I feel a little romantic about the cash transaction."

Related: 5 Great Coffee Shops to Work In Across the U.S.

At Birch Coffee, Schlader and Lyman feel the same way. While they accept credit cards, they are wary of payment apps that allow customers to order and purchase beverages minus any interaction with the staff. "We're always trying to engage people as much as we can, so we do shy away from technology part of it," says Schlader. Case in point: Birch Coffee's “ignition initiative” in which customers can take a sign from the wall of the store (samples include: 'Ask Me What I Ate for Lunch Today' and 'Ask Me About the Most Embarrassing Thing in My iTunes Library'), and place it in front of their table if they'd like to encourage random conversations with strangers. So far, according to Lyman, the initiative has led to one marriage.

Cups has grand ambitions. Early next year, it plans to expand into two cities on the West Coast. Rotem won't name explicitly them, but he not-so-subtly hints that San Francisco and Portland are frontrunners.

The long-term goal is to fortify the connection between members of the Cups network so that its coffee shops can get better deals on commodities including cleaning supplies, Wi-Fi, uniforms, even conceivable things like milk and sweeteners, by buying in bulk. “We can provide back-end, centralized support while still allowing [coffee shops] to maintain their unique character and atmosphere, on the front-end consumer facing side,” says Rotem. “The biggest thing is to blur the lines between a chain and an independent business."

Related: Long Live the Coffee Drinker: Why You Shouldn't Feel Bad for Being a Coffee Addict