After years of speculation, Apple finally announced an update to Apple TV Wednesday. As expected, the new version of the set-top box features an updated remote and a new App Store, which will bring a whole new level of functionality and content to the device.

Siri really shines in the new Apple TV. The personal assistant now has top billing in the device’s remote. If you’re looking for something to watch, you can ask Siri to find it for you. Searches can be performed based on a particular show or movie you’d like to watch, and are across multiple apps on your TV. So, you could do a search for Mel Gibson movies and get results from Netflix, HBO, Hulu and Showtime on the same screen. 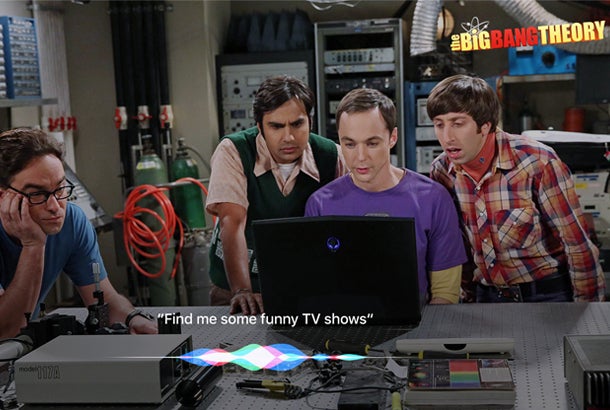 Related: Apple Unveils the iPad Pro, Its Biggest Tablet Yet

You can also perform searches for a particular actor, genre, or even age-appropriateness. On stage, Apple showed a demo where it asked for kid-appropriate movies, and was suggested Paddington.

Siri can also make sure you don’t miss anything while you’re watching good ol’ Mel later on. If you miss something while you watch, you can simply say “What dd he say?” and Siri will rewind the program 15 seconds so you can see what you missed. You can also use Siri to look up things like the weather and sport scores. 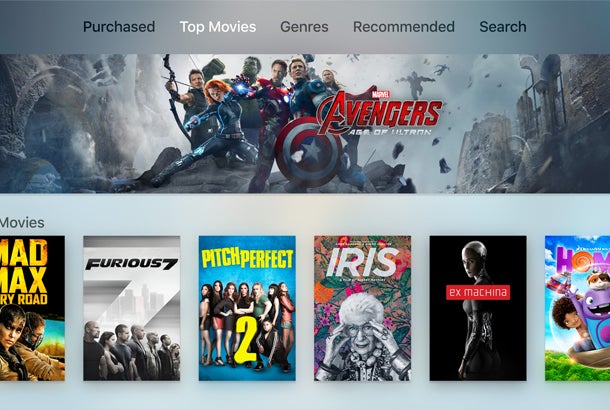 On stage, Apple showed off a number of games headed to the Apple TV when it launches, including the popular game Guitar Hero. Games can be controlled using the Apple TV remote, and also using your iPhone or iPad. Netflix, Hulu and HBO have also already gotten their hands on the OS and have created updated versions of their apps for the device.

A new MLB app allows you to stream games at 60fps and view live stats. NHL Game Center is headed to the TV next year.

All that new functionality with the Apple TV is focused on a new Apple TV remote. The new remote has a touch surface at the top which works a bit like a touchpad mouse, as well as new buttons that allow you to do things like power your television off and on and control the volume. The device has a built-in gyroscope and accelerometer to handle all the new controls.

Unlike the current remote that runs on a watch battery, the new Apple TV remote has a rechargeable battery. It can run 3 months on a single charge, and when it runs low charges using the Lightning connector.

The new Apple TV will be available in late October in two versions: a 32GB/$149 version and a 64GB/$199 version. Apple dropped the price of the current version of the Apple TV from $99 to $69 in March. That device will continue to be sold as an entry-level product. 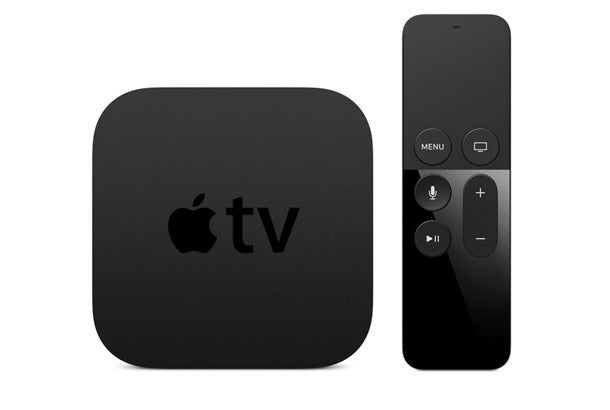 Related: Turns Out Apple Didn't Start in a Garage After All