It was a day at the office that BKR co-founders Kate Cutler and Tal Winter describe as slightly “heart-attack inducing.”

In the ‘Stars Are Just Like Us!’ pages of Us Weekly, paparazzi snapshots of Jessica Alba showed the actress offering her daughter, Honor, a sip from BKR’s signature creation: a minimalist glass water bottle sheathed in silicone.

“We freaked out,” says Cutler, who serves as the company’s “brand protector.” (Winter is in charge of “brand vision,” she says.)

That was only the beginning. Shortly thereafter, fellow lifestyle entrepreneurs Reese Witherspoon, Blake Lively and Martha Stewart were all photographed with their very own BKR bottles. Months after the company’s launch, the stylish flasks -- priced at $35 and $45 and available in whimsical shades named Wren, Lola and Pout -- were becoming a cult-like status symbol of sorts. 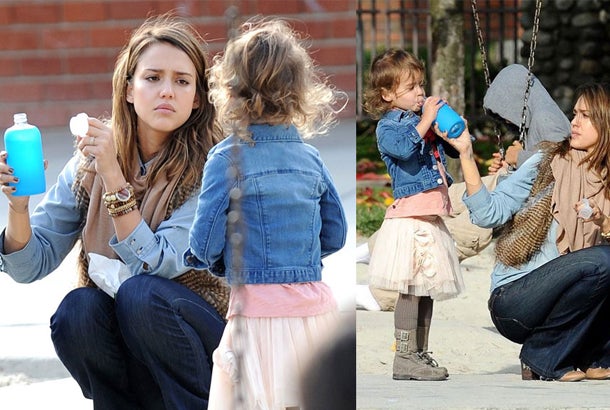 The ascent of BKR (pronounced ‘beaker’) lies largely in its shrewd positioning. While the reusable water bottle industry is already teeming with competitors like Nalgene, Sigg and S’well, BKR opted to merchandise itself as -- of all things -- a beauty product. The bottles are exclusively sold in the beauty departments of more than 1,000 retail doors internationally, including Neiman Marcus, Selfridges, Holt Renfrew, Joyce and Kicks.

That wasn’t always the plan. Noting that competing water bottle brands were sold primarily as outdoor accessories, BKR made a pointed pivot toward beauty only after customers on social media began leaving the team fortuitous breadcrumbs.

“It takes a while to really understand your brand,” Winter says. “But if you really listen to your customers, they’ll tell you who you are.”

Users on Instagram, for instance, kept mentioning that BKR had increased their compulsion to hydrate, which in turn resulted in healthier-looking skin.

Related: The Founder of Essie Reflects on the Evolution of Her Iconic Nail Polish Brand

“Hydration is the foundation of your beauty routine,” Winter explains. “The reason they don’t talk about it on the beauty floor in all these luxury stores is because they’re not selling anything related to it. But if you went to the dermatologist, the first question they ask is, ‘How much water are you drinking?’” 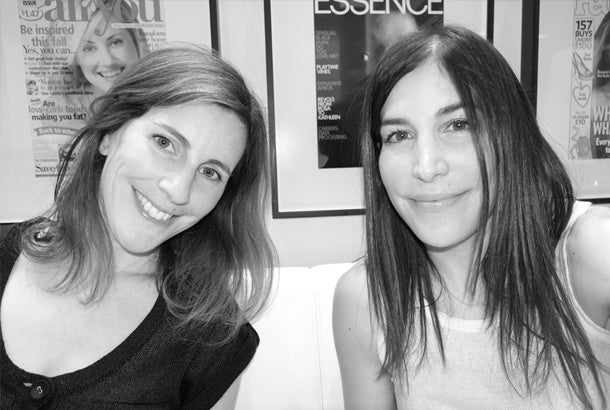 Though it is merchandised as a beauty product, BKR bottles are conceived like fashion accessories. The company releases two collections every year -- as well as one or two capsule collections -- in shades inspired by runway trends. This, in turn, inspires repeat purchasing, the ladies say, with customers buying multiple bottles in different shades and sizes.

“I went to an Olafur Eliasson exhibit at the Louis Vuitton Foundation,” says Winter, “and I was like, ‘White is having a moment.’” Hence, the ‘Winter’ bottle was born. (While most pieces come in solid pastel shades, others are decorated with stars and hearts.)

BKR began as a passion project in 2011 for Cutler and Winter, who became best friends during law school at UC Hastings. Despite successful careers, both had a persisting creative itch -- and a mutual abhorrence of plastic water bottles. “It’s bad for my health, it’s horrid for the environment and it’s also really ugly,” Winter says. “It’s like a garbage accordion.”

Related: How This Mompreneur Built a Burgeoning Makeup Brand With Her Teenage Daughters

After raising a $200,000 angel round from friends and family to pay for prototyping, the ladies soon realized they were onto something special. “I could sit there with a glass of water and it would take like a year to drink,” Winter says. “But there’s something magical about BKR that makes you addicted to drinking water.”

Despite the fact that investors now abound, the company has been bootstrapped since its initial funding round. BKR was cash flow positive within a year, the ladies say, and today it counts 15 employees, millions of dollars in annual revenue and has seen at least 100 percent year-over-year growth annually since its founding. 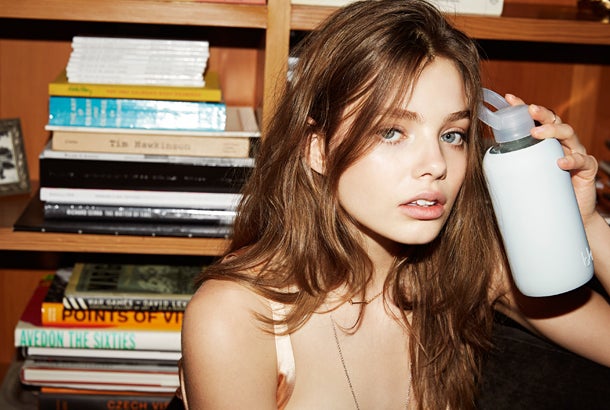 An image from the Spring/Summer 2015 ad campaign.
Image credit: BKR

Nevertheless, it was a full year before Cutler and Winter started making any money themselves. And even today, they say, it’s not very much. “It’s company first,” says Cutler. “Every time we have profit, we hire someone else amazing, we do another big photo shoot, we start developing a new product, we invest in IP.”

In the future -- though they were mum on details -- the ladies say that they are working on a major launch in the beauty realm extending “beyond the bottle.” The brand will also enter “a few thousand more doors” over the course of the next year, Cutler said.