The Top Financial Issues for Millennials

By Sarah Whitten January 26, 2016
This story originally appeared on CNBC

Millennials might not be as financially illiterate as you think.

While only 37 percent of the generation report having a financial plan, 86 percent are saving money each month, according to a report conducted by Facebook.

The social-media company analyzed audience insights, conversation analysis and survey data, and discovered the millennial mindset toward money isn't quite as impulsive as you might think.

Millennials drive 40 percent of the financial conversation on Facebook, generating around 6.5 million posts, comments, likes and shares each month -- and women are propelling the chatter.

More than 60 percent of all content pertaining to peer-to-peer payments, loans and mortgages, banking, investments and credit cards is dominated by female users. 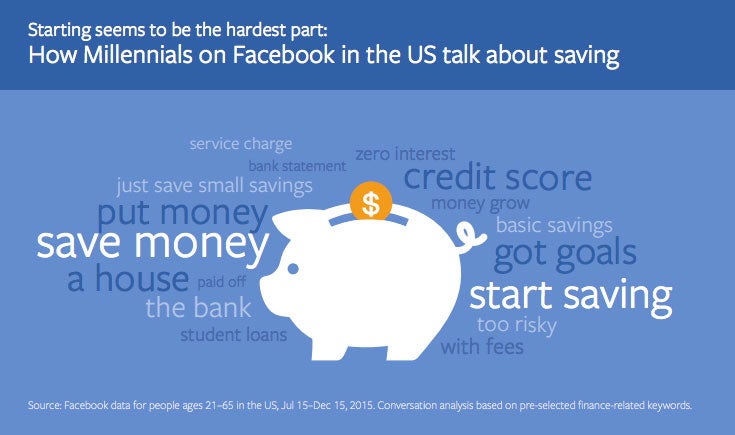 Nearly half of the generation is open to swapping their bank, credit card company or brokerage account and a third describe their current bank in unflattering terms -- 68 percent do not feel like they are understood by their bank. 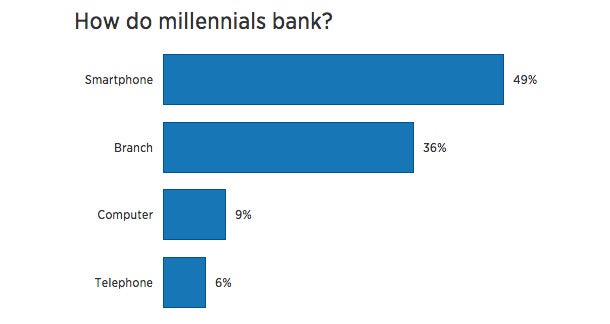 In fact, 57 percent of millennials would prefer to pay with cash than credit.

Millennials are redefining financial success, according to Facebook. Some 46 percent believe that financial success means being debt free. Owning a home was considered a top priority by 21 percent of millennials, while only 13 percent cite being able to retire are their main financial priority.

Sarah Whitten is a news associate at CNBC.

Generations X, Y, Z and Alpha: how to 'hook' with them