Within 10 Years, the Number of Accelerator Programs in the U.S. Has Increased Tenfold

The pace of growth of accelerator programs has accelerated greatly during the past decade.

There are more than 170 accelerator programs -- which offer early-stage startups investment and mentorship in exchange for equity -- in the United States right now and that’s more than 10 times the 16 accelerator programs there were in 2008. Every year from 2008 to 2014, the number of accelerators in the U.S. jumped by an average of 50 percent, according to a recent research report from Ian Hathaway, a senior fellow in the Metropolitan Policy Program at the Brookings Institution.

That’s a pretty impressive growth rate, especially given that the time period that saw that rapid growth includes the Great Recession, when the economy all but was ground to a standstill and credit markets nearly froze. 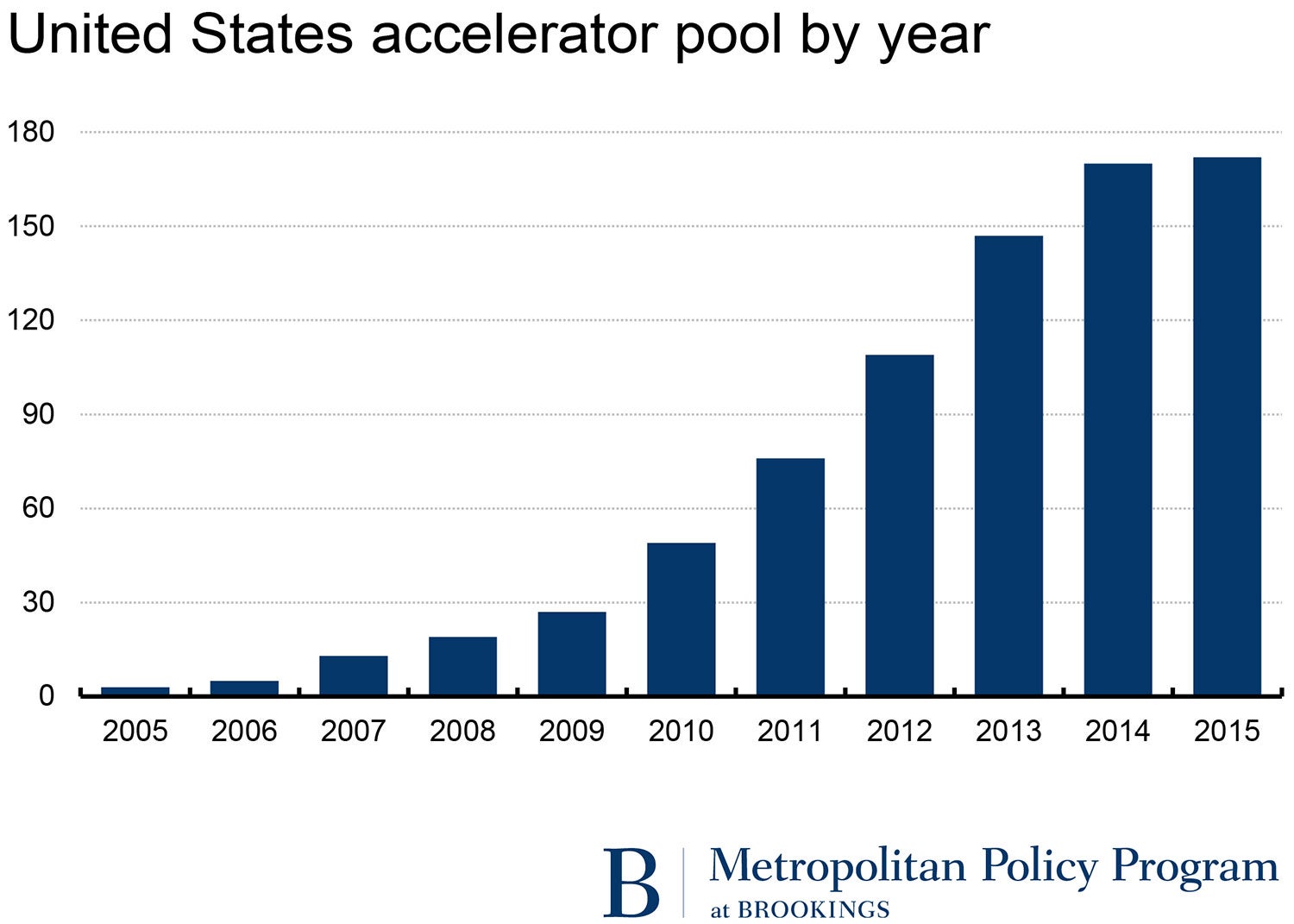 Perhaps equally as impressive is that these 170 accelerators are geographically distributed throughout the country. Yes, there is startup activity outside of New York City and Silicon Valley!

Related: Why Single Women Are Quicker to Jump Into Entrepreneurship

Those regional accelerators are key parts of catalyzing the local entrepreneurial culture. “Accelerators have become increasingly popular elements of the regional growth infrastructure, and are viewed as playing a key role in the scaling-up of growth-oriented entrepreneurial ventures -- including by federal, state, and local government,” says Hathaway in a blog post about his research. 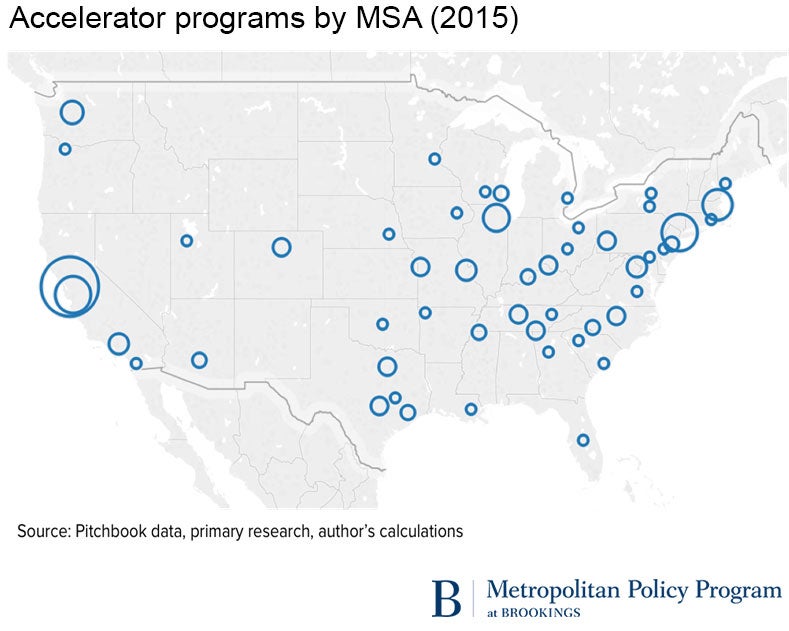 The average valuation of a company backed by an accelerator is $7.1 million, according to the Brookings Institution research. To be sure, that includes some blockbuster hits and some flops, but even still, a $7.1 million average is worth a hat tip. And those accelerator-backed companies that went on to receive venture funding have an average valuation of $90 million, according to the report. Blockbuster startup success stories that were born in accelerators include the likes of Airbnb and Dropbox.

“Early evidence points to the potential for substantial benefits” of accelerators, says Hathaway. “Done well, these programs can be effective at helping some of our most high-potential companies reach goals more quickly and assuredly.”

For a brief review of how an accelerator investment differs from that of an angel investor or incubator, have a peek at the chart from the report, embedded below. 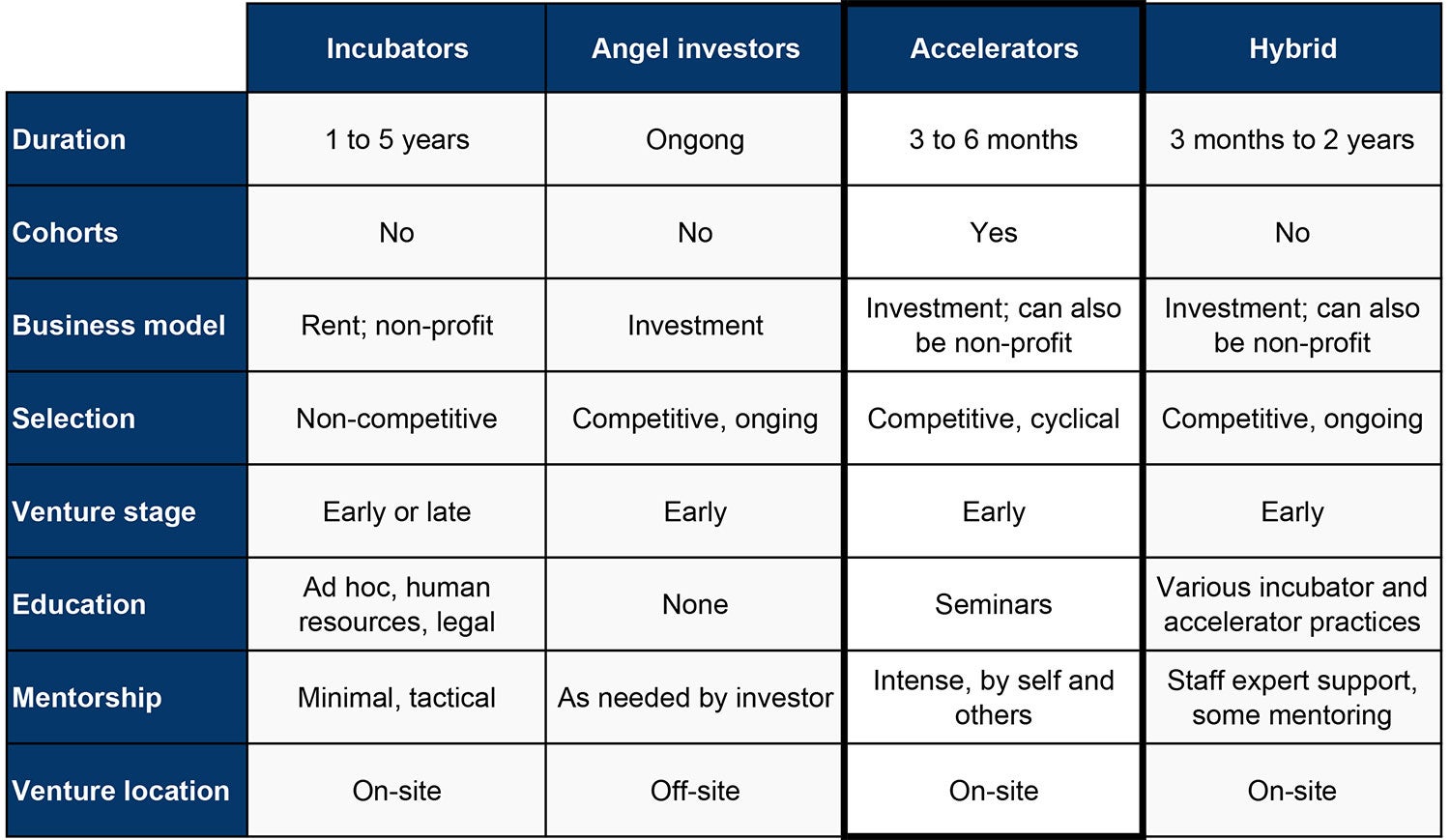