By Perry Marshall May 23, 2016
Opinions expressed by Entrepreneur contributors are their own. 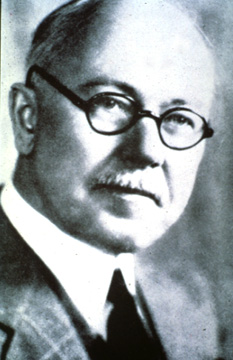 Phil Alexander, who’s on my advisory board (not the guy in the picture), has one of the largest collections of rare marketing and advertising books in the world. If there’s an historian of the information marketing business, he’s it. People routinely pay Phil hundreds of dollars to find exceedingly rare, out-of-print books.

Phil made a very shrewd comment to me the other day: The people who are interested in these hoary texts are almost without exception the very best and brightest and the highest paid in any profession. The casual worker bee, by contrast, isn’t all that interested.

For example: Phil and I went to a seminar in Orlando last April, and Phil had this old book from the 1920’s. There were two people who, without prompting, walked by, saw the book, picked it up and studied it with great interest. The two people were John Carlton and Scott Haines. John and Scott are two of the most successful, and highest paid, advertising copywriters in the country.

Coincidence? Not on your life. These guys are rabid consumers of everything they can get their hands on. And they’ll both tell you that the very best books on the subject of advertising were written almost 100 years ago.

In October I got another confirmation of this truth: I went to a presentation on audio power amplifier design at Crown International in Indiana. The speaker was Gerald Stanley, one of the most talented amplifier designers alive today. Crown is one of the largest companies in the business, and Mr. Stanley has been the genius behind Crown’s amplifiers for the last 30 years. About ten different times during his talk, Mr. Stanley referred to a book on amplifier design from 1931. He didn’t mention very many other books or papers.

So what’s the significance of this? The author of the 1931 amplifier book did some truly original, groundbreaking work. He was a true genius. Most of the people who came after him were just copycats. Most of the other designs that came after were inferior derivatives of that original work. The fact is, truly groundbreaking discoveries are very rare and unusual. Those who make those discoveries usually aren’t coming up with new techniques -- they’re identifying previously unknown principles.

Similarly, take someone like the man in the picture, Claude Hopkins, author of Scientific Advertising, written in 1918. My late grandfather was only four years old when that book was written! Hopkins is the inventor of coupons and one of the titans of advertising. And yet, he’s ignored by most people in the ad business today, who are too busy doing stupid things to study the old masters. But you can take that book and apply it to Internet advertising in 2002 and you’ll be standing on solid rock.

I include his book with my system because it’s an early source and it is written from “first principles.” It truly lays down the essentials. A foundation built on this book is a foundation that will last.

People who are bona fide experts in a given field almost always approach things differently than everyone else. And they have an unusual ability to separate fact from fiction, to discern the difference between trends, fads and underlying truths. So like I always say, if you need a new idea, read an old book.