By Lindsay Friedman March 16, 2016
Opinions expressed by Entrepreneur contributors are their own.

1. Know yourself and take risks.

For much of Buzzfeed's young audience -- and some of their parents -- Matt Bellassai provides frequent laughs with sharp observations. He's their favorite drinking buddy.

Now, the journalist-turned-comedian has made a few changes -- leaving the comforts of Buzzfeed for a new show, a possible book deal and a comedy tour.

If you’re unfamiliar with the video-blog star, Bellassai took over newsfeeds last year thanks to a weekly Buzzfeed series called “Whine About It.” The videos feature the 25-year-old drinking copious amounts of wine as he launches into alcohol-fueled rants explaining why things like the fall, that pesky roommate or even pants are "the absolute worst."

The short video blogs, which include classic one-liners that appeal to all generations, earned Bellassai a People’s Choice Award this spring, less than a year after he began the project. The following “Whine About It” excerpts might serve as the best justification for his quick rise:

“I like going to malls in the suburbs because I hate myself.”

“The secret to eating is to drink enough wine to suppress your stomach’s ability to tell your brain it’s full.”

“Friendly reminder to just not.”

“My sole source of exercise is getting into jeans after they’ve been through the dryer.”

2. Know when it's time to try something else. 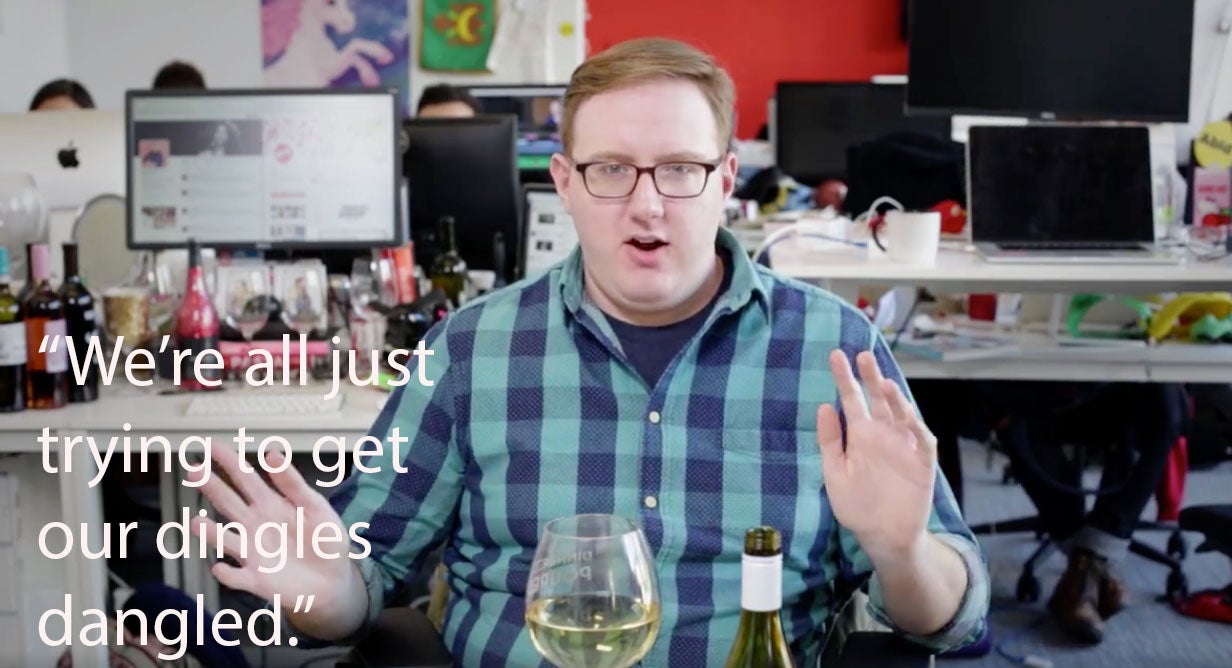 It seems that Bellassai has actually grown a bit tired of wine. Not that he’s complaining. But even getting drunk at the office every Monday to rant about why you think something’s “the absolute worst” takes work.

Related: Drink More Wine. It's a Resolution You Can Keep.

Bellassai says he realizes all good things can’t last forever. Well, other than Beyonce, or Liam Hemsworth’s hot bod. This is why he’s decided to strike while the iron’s hot and go solo. Where will it take him? He's not sure, but his fans shouldn’t put their wine glasses away just yet.

"It’s a crazy risk, sometimes I think I’m insane to leave a great job and go out on my own because there’s no one there holding you accountable,” Bellassai says. “At the end of the day, it’s all on you.” 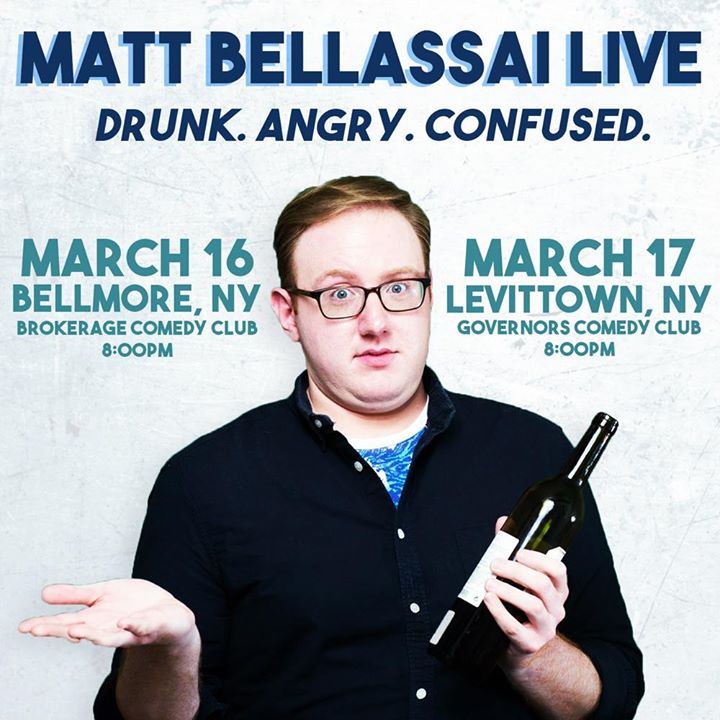 First on the list of the new and exotic for Bellassai is a series of live shows on New York's Long Island on March 16 and 17. The tour will continue across the country, with appearances in Chicago and Indianapolis in April. In the meantime, the “Drunk. Angry. Confused” Bellassai has stayed busy,  appearing as a guest on CBS This Morning to discuss his change in career path. 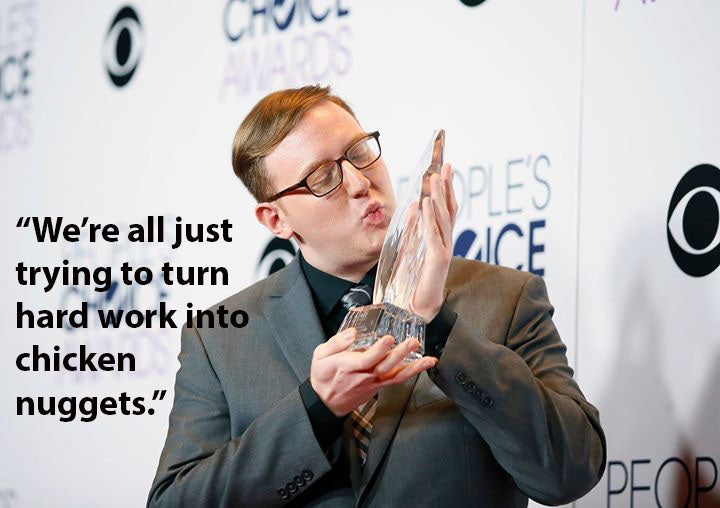 Though promotional posters call the Northwestern University journalism grad a comedian, Bellassai didn’t set out in that direction. When the first-generation college student left his hometown of Chicago to go to New York for a Buzzfeed fellowship that later turned into a job, he figured he’d eventually cover politics.

But then Bellassai penned one of Buzzfeed’s most popular posts ever, which detailed his journey on a donut crawl throughout city. He and his editors soon discovered a knack -- and a calling -- for entertainment writing.

The post’s success got Bellassai to think about his career in a different light. What would he have fun doing? He created a Tumblr page featuring “Whine About It Wednesdays.” At first, the page wasn’t getting much attention, but when it transformed into a weekly video series on Facebook, it went viral, attracting millions of views.

Related: 4 Branding Lessons That You Don't Want to Learn the Hard Way

The concept caught on as fans began stopping Bellassai on the street.

4. There’s a time and a place for your inner diva.

In reality, Bellassai is actually a fairly shy and humble guy. The outspoken, blunt, no-BS attitude fans see on screen or read on Twitter is a persona he developed. His own “Sasha Fierce,” if you will.

Still, he didn’t spend months creating his alter ego. Instead, it developed more naturally -- while writing the script for the vlog, he and his editors realized an over-the-top personality played well and got laughs.

“It’s a crazy phenomenon that happened. It still kind of blows my mind,” says Jeremy Briggs, Bellassai’s former boss at Buzzfeed and the director/co-creator of “Whine About It.” “I think it’s a version of him that’s turned up to the max. … The point is, people can imagine going out to the bar with him. Yeah, it’s a lot of whining and complaining, but he’s not doing it all the time. He’s very smart and hardworking, very aware. One of his biggest strengths is he has a very clear and good understanding of the Internet landscape and the users.”

5. Have patience and a good sense of humor.

That the series blew up so quickly -- with more than 1.5 million followers on Facebook and over 3 million views --was a surprise to Bellassai, too. In fact, there was only seven months between the time “Whine About It” debuted and Bellassai received a People’s Choice Award.

“Sometimes I stop and wonder ‘What are these people thinking?’,” he says. “But, really, I’m so humbled and thankful for the fans and followers I have. Without them, none of this would’ve happened.”

Fittingly, Bellassai found out about the nomination on Twitter. The ceremony also showed another person on television confusing him for the comedian after the award for “Favorite Social Media Star” was announced.

No matter, Bellassai made a joke out of it and made friends with the guy, who turned out to be a personal trainer for the rich and fabulous.

It was around this time that he made the decision to leave Buzzfeed and go solo. At first, folks seemed confused when new articles and videos were rebranded in an attempt to differentiate them from his previous Buzzfeed posts. Still, his readers seem to be responding to Matt Bellassai: Independent Brand. After just a week, his Facebook page has already racked up a couple thousand likes.

6. Know your worth and stay humble. 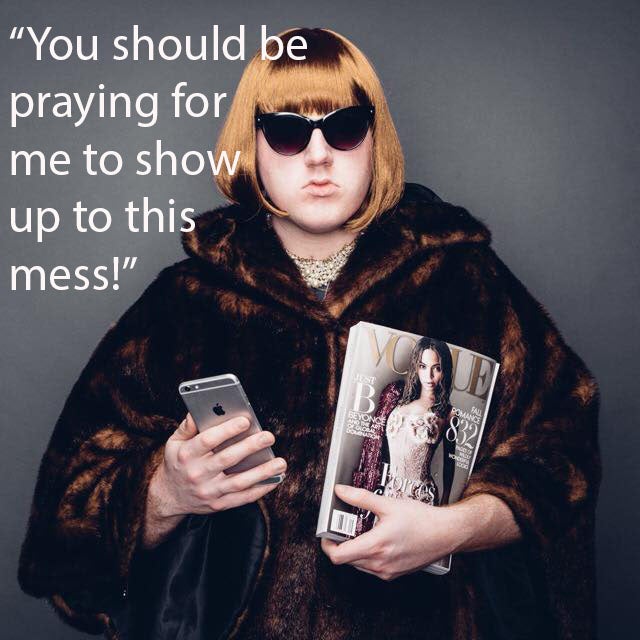 To aid in the transition from employee to brand, Bellassai got a team of agents. However, the comedian hesitates to refer to the group as “my people.”

“It sounds so snooty,” he says. “It’s not like I’m some big celebrity.”

Related: 5 High-Powered Animal Celebrities Who Earn More Than You Do

Bellassai may say that, but the possibility of a book deal, an online-produced talk show and video-blog series that gained millions of viewers in a matter of months suggests otherwise.

7. Everyone puts their pants on the same way: one leg at a time.

For now, the self-branded video-blog star plans on riding the wave for as long as he can.

The first task? Finding the motivation to get out of his PJs and leave his apartment. And it wouldn’t be the worst thing if he found a way to lure Hemsworth or Beyonce back to his place for a cameo, either.

Hey, no one said working for yourself was easy. Well, at least not all the time.

How High-Yield CEOs Build a Schedule to Maximize Efficiency

How High-Yield CEOs Build a Schedule to Maximize Efficiency