Crowdfunding, Personal Credit and the 'Bank of Mom and Dad' Are a Few Go-Tos For Cash When VCs Aren't Interested

By Aaron Agius April 7, 2016
Opinions expressed by Entrepreneur contributors are their own.

Open any tech blog, and you’ll see that the industry can’t get enough of those “Silicon Valley success stories." After a while, they all start to blend together. A tech startup with an innovative idea raises millions in seed and series funding rounds before being bought out by Microsoft or Google.

It’s a story that’s told so often, you might think it’s the only avenue for startup success. But in reality, according to Entrepreneur writer Carly Okyle, “Only 1 percent of funding for startups comes from VC firms.”

Related: This Company Asked Its Employees for Cash and Everybody Won

So what about everyone else? How are growing businesses supporting the rest of their growth needs?

When I set out to grow my agency, Louder Online, traditional venture capital wasn’t really an option. Sure, we were growing. But we weren’t ever going to be the kind of runaway success, $100 million acquisition target so many VCs look for when picking their investments. We had to think outside the box, and in doing so, we found a ton of opportunities for young companies looking for capital to support their growth.

Go ahead and bookmark this list. When you’re feeling frustrated about the seemingly uphill battle that is raising startup capital, stop back here for words of encouragement on the number of sources that really do exist.

When you’re starting out in business, there’s nothing that beats free money -- and there’s no better place to get it than through business plan competitions.

These events are fairly self-explanatory -- you pitch your ideas, your research, your numbers and your projects to a table of judges, who then go on to choose the businesses they feel have the greatest odds of success from amongst the competitor pool. You win, you smile, you pose for pictures -- and then you walk away with a check.

Of course, it’s not that simple, and if you’re involved in a competitive event, you’ll have to put in some work to walk away a winner. But if you’re successful, this is about the least-strings-attached funding option out there.

To find events in your area, Google is your friend. A simple search for “business competition sydney” turns up three results immediately. Try variations like “business plan competition” or “business pitch event” with your location included. 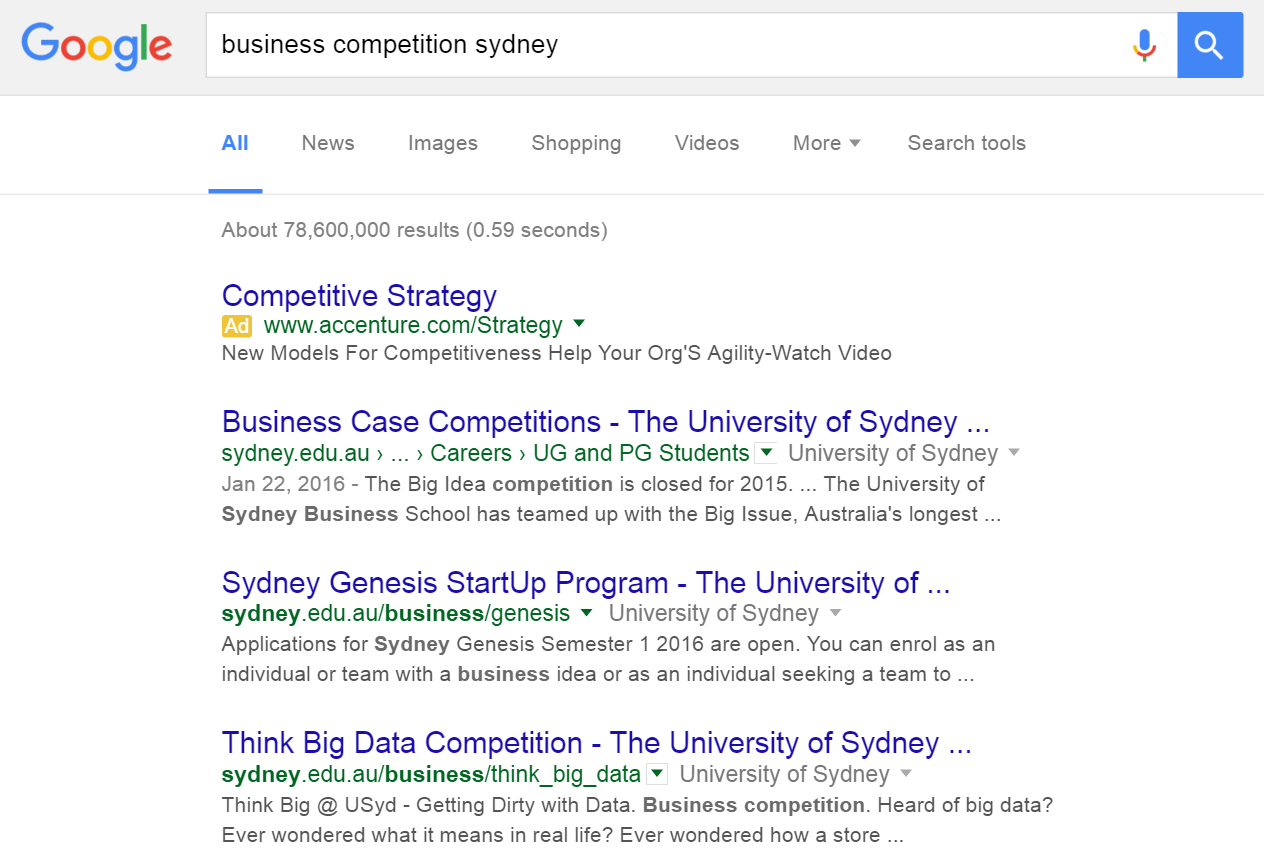 3. Grants or loans from friends and family members

Ahh, the "Bank of Mom and Dad." Asking for money from your family is a mixed blessing. Your parents qualification standards will (likely) be less stringent than banks, and you may luck out and have them offer their support in the form of a grant versus a loan to be paid back.
The downside? Fail at business, and you’ll never live it down over the holidays.

If you decide to go this route, take a tip from NerdWallet, which advises putting everything down in writing: “Even if you’ve come to an agreement with your parents, and regardless of the sum of money involved, be sure to put everything in writing. This signed document should be as detailed as possible, including the total amount being borrowed, the interest rate, the proposed payment schedule and a plan describing how you’ll spend the money.”

If the VCs aren’t biting, smaller, local investing groups may still be interested in your offering. Often, these groups have a directive to invest in their communities or to support women or other minority groups.

Again, Google is your friend here as is asking around your network. You never know where a brilliant funding opportunity might turn up.

Crowdfunding isn’t exactly a revolutionary idea anymore, so I won’t belabor the point here, except to leave you with a few statistics on its funding potential:

Another idea that often gets overlooked in the rush to secure external investment is the potential for pushing your startup costs onto your customers. And how do you do that? By starting with the smallest minimum viable product (MVP) you can and using customer purchases to fund your future growth.

Further, don’t be afraid to turn to Uncle Sam (or whatever your geographic equivalent is) for funding.

Many districts, including local, state and federal authorities, offer incentive schemes for growing companies -- particularly those that could be commercialized for government needs. The U.S.-based Small Business Innovation Research program, for instance, allocated $2.5 billion in contracts and grants to small businesses.

Finally, there’s bootstrapping, which Okyle suggests 80 percent of startups rely on in total or in part for their fundraising needs.

Certainly, tapping a non-emergency savings account is the best course of action here, but taking on personal credit lines or credit cards is another possibility. Sites like CreditCards.com, HighYa and NerdWallet can help you find the business card that’s right for you.

Scrimping and sacrificing to fund your business may not sound that appealing -- especially when compared to the “easy money” of VCs -- but it has its perks.

According to Tyler King, writing on his decision to bootstrap Less Annoying CRM: “Bootstrapping takes a lot longer to get to the scaling phase, but in my opinion, it leaves you with many more options once you get there. For example, since we don’t have any shareholders to worry about, we can do things that aren’t really considered 'good business' like charging low prices and going after micro-businesses which are generally considered bad customers for startups.”

Related: What a 1990 Chevy Pickup Truck Purchase Taught Me About Raising Capital

Ultimately, the rule of startup funding is “do what you have to do to get there.” Several of these options may be right for you, as long as you’re willing to think outside the box for the capital you need.

Aaron Agius is an experienced search, content and social marketer. He has worked with IBM, Ford, LG, Unilever and many more of the world's largest and most recognized brands, to grow their revenue. See more from Agius at Louder Online.