Tinder has an image problem it can’t simply swipe away. The popular app is often viewed as a shameless hookup tool, not as a benevolent, respectable conduit through which deep, lasting human matches are made, as co-founder Sean Rad has long tried to spin it.

Now, in his latest move, it appears the controversial CEO is positioning Tinder as a vehicle for female empowerment. Rad recently awarded a University of Nebraska Omaha junior a $20,000 full-year scholarship after she was threatened to be booted from her sorority, Chi Omega. The grounds for her near-expulsion: donning a shirt displaying the sorority’s letters in her Tinder profile pic.

Related: Tinder's Sean Rad: Be Real, Be Vulnerable and Confide in Your Co-Workers 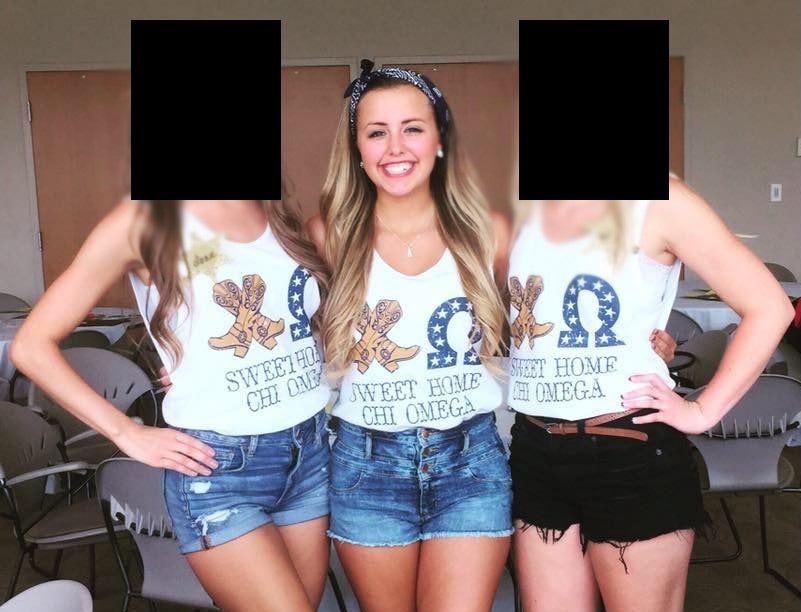 The student, Shannon Workman, was told by Chi Omega’s executive committee that her Tinder photo breached its “Human Dignity” code. “They just don’t think that Chi Omega should be involved with that site,” she told Buzzfeed, of the committee members who initiated the process to revoke her membership. They informed Workman of their plans to penalize her during an emergency meeting, which she cut short by walking out in protest. She did, however, take down the profile photo in question.

News of Workman’s looming dismissal, which also prompted her to resign, presented Tinder with a so-called “probortunity,” an opportunity born of a problem. In this case, a prime branding probortunity. Speaking up on behalf of a user who took part in a sorority is on-brand for Tinder, as it’s deeply rooted in the Greek system, Sean Rad told Entrepreneur this morning.

“Sorority and fraternity members were our earliest adopters and that demographic is still one of our most active user groups today,” Rad said, pointing out that Tinder was launched at the University of Southern California through the Greek system. “When we found out what Shannon was going through, we wanted to help and turn the experience into a positive one.”

Related: What You Can Learn From 'Glamour's' Brand-Tarnishing Amy Schumer 'Plus Size' Gaffe

Rad also noted that this is the first time Tinder has offered a scholarship to anyone. “We have paid interns at Tinder, but it’s the first time we reached out to someone whose story inspired us and asked them to be part of the team,” he said. “[Workman’s] actions showed a depth of leadership and courage that is admirable and something we value as part of our company culture. We always want to stand up for our users who stand up for us.”

Whatever you do, college kids, don’t stop Netflix and chilling via Tinder, just because the viral app has a bad rap.

On top of offering to pay for Workman’s entire senior year, Rad went a step further. He offered the student a paid internship at Tinder’s trendy West Hollywood, Calif., headquarters. She is considering both offers, but has yet to make up her mind. In the meantime, she sounds an awful lot like an ideal brand ambassador.

“I do stand up for Tinder because I don’t think there’s anything wrong with it,” she told Buzzfeed. “Some people use it for hookups but I don’t, and a lot of great things happen through Tinder.”

David Gerzof Richard, branding expert and founder and president of Boston-based tech PR firm BIGfish Communications, said Rad’s scholarship offer is a branding homerun. “This is a brilliant, heads-up move by Tinder,” he told Entrepreneur. “The company has taken a lemon of a situation experienced by one of its users and turned it into lemonade for both that customer and the Tinder brand.”

Better yet, Gerzof Richard, also a marketing professor at Emerson College, said, is the flurry of press Rad’s strategy quickly stirred up. “The main message conveyed through that coverage being: ‘Tinder is a good guy. Tinder has your back.’”

He also said that a PR campaign that attracts such overwhelmingly positive coverage “would typically be extremely expensive, but it only cost Tinder a year’s scholarship and a paid internship at Tinder. Everyone came out a winner in this situation.”
More from Entrepreneur

How to Test and Choose the Best Name for Your Business

Automate and Enhance Your Brand Design With This Award-Winning Tool

5 Steps to Take Control of Your Personal Brand

Marketers, Make Things That People Want to See, Watch and Buy. In That Order.

Not always: The name change from Volskwagen to Voltswagen was just a joke