I'm a Huge Prince Fan and Went to Parties at Paisley Park. But Now I Understand How Perfect an Entrepreneur He Was.

By Mary Deelsnyder May 6, 2016
Opinions expressed by Entrepreneur contributors are their own.

Full disclosure: I’m a huge Prince fan. I’ve been to so many parties at Paisley Park, that I’ve lost count. His music has been apart of my life for 34 years. I also live in Minnesota and have a lot of hometown pride. During Prince shows in Minnesota, he would always call us “hometown." I was proud that Prince was from here, lived here and ran his business here.

“Minneapolis always been the bomb. You don’t have to go outside of that,” he said during a 1999 interview with Larry King. He made our state cool.

I was always a fan of his music, but I was also inspired, from afar, by how he ran his creative business. Like many entrepreneurs, Prince was a business visionary, rebellious and innovative. From changing the business model of the music industry to his relentless pursuit of protecting his music in the age of social sharing, here are six ways he was the ultimate entrepreneur. 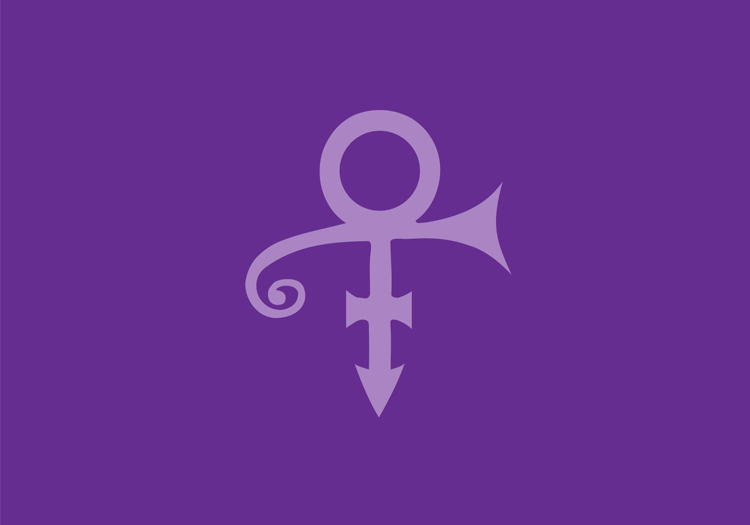 Related: Model Yourself After Prince -- Introverted, Talented, Hard-Working and Giving -- for the Best in Business and Life

1. He understood the power of supply and demand.

Demand for products occur when the impression of scarcity is created. Whenever Prince announced that he was touring or having a dance party at Paisley Park, he created a sense of urgency that made you feel like you had to act quickly to secure your tickets or get in line. Every show felt like a once and a lifetime opportunity, and you had to make sure that you were there to witness it.

In the days before social media, you had to know someone who knew someone that may have heard that Prince was going to have a party at Paisley Park. Based on that limited information, you’d put on your best dancing shoes, head to Paisely Park -- and wait.

You could wait eight hours in the parking lot just to be let into the sound stage, where you could wait another five hours for Prince to appear on stage. He would tease the audience by coming onto the stage and disappearing again for a few hours. I have to admit that I once waited over 12 hours to see Prince perform at Paisely Park.

Once his show started, he would play into the wee hours of the morning. Fans would endure all the waiting and the standing until dawn, knowing full well that they had to get up in a few hours to go to work or school. The exhaustion and sleep deprivation was always worth it.

2. He created an emotional connection.

Comparing art to business may seem uncomfortable, but there are a lot of similarities between art and entrepreneurship -- especially if the artist makes their living from their art. There’s still a monetary transaction taking place. Customers (fans) buy tickets to concerts, memorabilia, movies and albums. Prince was foremost an artist, but he produced a product that people were elated to pay for. He was the master.

He focused on his product development by mastering many instruments, writing, producing and arranging. He made the product so good, it sold itself. He didn’t require the kind of marketing investments we see today, yet his customers (fans) clamored for it. We yearned to see him perform live and to buy his music because once we got access, it made us feel so good. He inspired people, which led us to be life-long customers.

Related: What Prince Can Teach All Companies About Rebranding

3. He was a branding genius.

Whenever a business invests in its brand development, the goal is to create a symbol that encompasses everything about the brand. Ultimately, you want to design a logo that is simple and flexible enough to be used in all media formats. The best brands express that emotional connection people have with their brand all in one little symbol. Some loveable brands include Target, Apple and Under Armour.

Prince’s brand design began as a protest against his record company. He disagreed with the idea that his record label owned his music and his name. So, he changed his name to a symbol you couldn't pronounce so he could be free of this ownership.

He said the symbol was designed by combining the male and female signs into one. It is called the love symbol, and it is instantly recognizable and associated with all things Prince. It may even stir up some emotion when you see it. I know it does for me.

4. He changed the music industry.

Innovation occurs when old routines are destroyed. After Prince had been working for his record label for over 10 years, he fought to re-negotiate his contract so he could own the rights to and distribute his music.

In the mid-1990s, he was releasing and distributing music under his own label, o)+> (unpronounceable) name. Under this label, he was the first musician to distribute content on the internet.

He started an online subscription service called NPG Music Club, where fans could buy his music. He also created a digital experience, where you could unlock rooms and listen to samples of songs. It was really the first of anything like it from an artist.

Because of his relentless advocacy for artists’ intellectual property rights, he created a new business model for modern musicians. It is more common today for musicians like Pearl Jam, Radiohead and Beyonce to self-distribute than it was 20 years ago. These are entrepreneurial models, where the artists can control the pipeline and effectively earn higher profit margins on their product.

5. He was a good corporate citizen.

Prince could have moved anywhere in the world and built his recording studio, but he chose to stay in Minnesota. By investing in Minnesota, he created value for our community by creating jobs, working with local designers and photographers and investing in schools and local non-profits.

After his death, we are learning about how much he gave back -- and it’s a lot.

It’s a common trait of entrepreneurs to be good corporate citizens. They understand the value of giving back and lifting people up. Like Prince, a majority of them do that work without recognition. They just do it, because they know it’s the right thing to do.

Prince empowered women way before it was stylish. There’s a long list of female artists that he helped. Those names are recognizable to most. There are many lesser-known, but equally as talented women like: Cat Glover, Mavis Staples, Rosie Gaines, Judith Hill, Ingrid Chavez, Tamar and many more.

He famously shared the stage with Sheila E. She was a better drummer than him, he knew it. He liked the competition, “even from a girl." Later in his career, he would not only share the stage with female artists, he would stand off to the side and let her shine in the spotlight.

Before Misty Copeland became a social-media sensation, Prince was first to introduce her to the world in 2009 when she starred in one of his videos, "Crimson & Clover." Two years later, he featured her in his performance of "The Beautiful Ones" on the George Lopez show.

When WNBA team the Minnesota Lynx won the National Championship last year, Prince threw a private party for the team to celebrate their title. He sent a limousine to drive them to Paisely Park and performed for two hours.

Today, we call these type of men “manbassadors." However, Prince was doing that work without calling attention to it. He simply extended his hand to talented women and used his position of power to give the world visibility to their talent.

When it comes to Prince, this list could go on and on. I would argue that most entrepreneurs fall into these categories. If they currently don’t, they aspire to, because it takes a certain kind of person to start and run a business.

We had visibility to Prince's business, because he had scale. Most entrepreneurs do not -- they are usually small business owners working under the radar. The important work he did though was done quietly, just like the entrepreneurs in your community.

With over 15 years' experience as an entrepreneur and award-winning creative director at Dee Design Company, Mary offers her clients a unique, dual expertise -- clarifying their business problems and responding with elegantly simple branded design solutions. She embraces duality in her personal life, too, describing herself as an unpretentious foodie, a structured free thinker and standoffishly approachable—a walking oxymoron who also likes to run.

Previously, Mary was Vice President and Director of Membership for AIGA-MN. She graduated with a bachelor of arts in marketing from the University of St. Thomas and recently completed an executive education course at the Yale School of Management.

Model Yourself After Prince -- Introverted, Talented, Hard-Working and Giving -- for the Best in Business and Life

What Prince Can Teach All Companies About Rebranding