The LuMee Case has been described as the Kardashians' secret weapon for shooting great selfies, and Kim became an official partner of the company in January 2016. Oprah gave the product her seal of approval when she included it on her annual Favorite Things list last year.

But had it not been for Allan Shoemake's family, the LuMee Case never would have come to be.

On the Ellen Show today Hilary Clinton talks about how she never looked better in our perfectly lit selfie! #LUMEE pic.twitter.com/6svy37T46u

Shoemake says he always had a passion for taking pictures. Prior to launching LuMee in 2014, he ran his own photography business for 30 years, taking photos for annual reports, advertising campaigns and capturing big-name subjects such as former President Bill Clinton, former Secretary of State Madeleine Albright and baseball legend Joe Torre.

Already attuned to what makes for good lighting, he came up with the idea for LuMee after trying to video chat with his daughter while she was studying abroad and dealing with a heavily shadowed image. He made his first prototype with Christmas lights and a laptop.

Shoemake's wife, Angela, a CPA and now LuMee's CFO, encouraged her husband to pursue the idea. It was that push that inspired him to turn his prototype into a business.

"I almost didn't pursue this," Shoemake says. "You get wrapped up in your day to day and [think] 'I'll get to that.' Luckily, it was my wife who said to do something with this, "let's get a patent.'"

Related: 9 Craziest Selfies of All Time

The parents of three bootstrapped the operation for the first year. They did it without salaries or office space, since they were working out of their house -- though today the company operates out of offices in Boonton, N.J., and Holladay, Utah. LuMee now employs 15 full-time employees and 10 outsourced consultants. 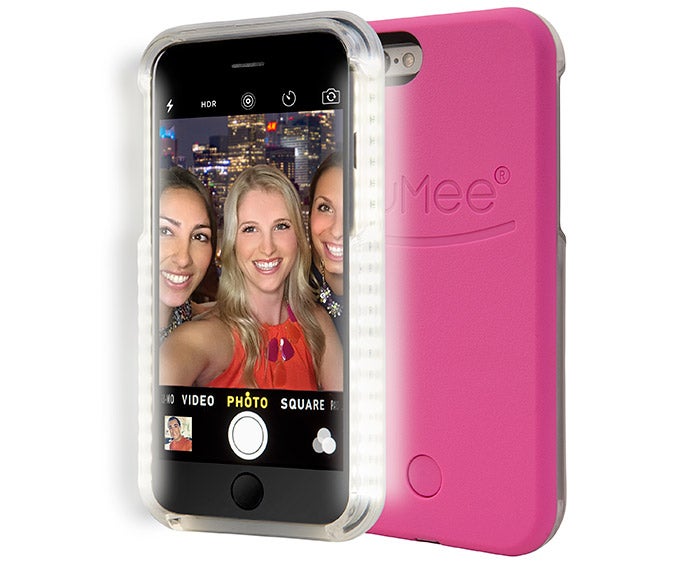 Initially, the couple thought that the LuMee would appeal to tweens and teens, but they quickly realized that wasn't the LED-powered case. "It wasn't even close. Our demographic is closer to 18 to 35," Shoemake says. "The light is a great feature and it's super flattering, but if you're a teen, you don't really care because you have perfect skin and you don't have any wrinkles. It wasn't as important to them."

Related: Houzz Co-Founder Adi Tatarko Tells Us Why Bootstrapping Was the Best Thing for the Company

That's where social media came into play. "My advice is get the product out there, and then with the power of social media, you can now really define your target market and demographic really easily because there is so much feedback," he says. "Don't think you're smarter than your customers. Because you're not, and you will fail if you don't listen to your customers."

That philosophy, along with celebrity endorsements, has paid off. Since 2014, year-over-year sales for the company have grown by 7,000 percent.

Related: How to Win Celebrity Endorsements. (Hint: It's Not About the Money.)

With such growth comes the need to scale in a thoughtful way. In December 2015, Robert Pedersen, who previously co-founded and served as CEO of Zagg, a Salt Lake City-based mobile accessories company, came on board as LuMee's CEO.

"We realized if we hired a CEO, we wouldn't have to reinvent the wheel," Shoemake says. "It took a lot of the stress off us in terms of having to make those critical decisions. When you're making those decisions they all seem like life or death. But they may not be, you know?"

Related: 6 Ways to Hire the Talent You Need to Scale Quickly

Shoemake, who now primarily works on the creative and outreach sides of the company, says he wants LuMee to be a business that is known for creating lighting solutions for media and mobile devices. There's a lot of money at stake, too. The mobile accessories market is expected to be valued at $120 billion by 2025. 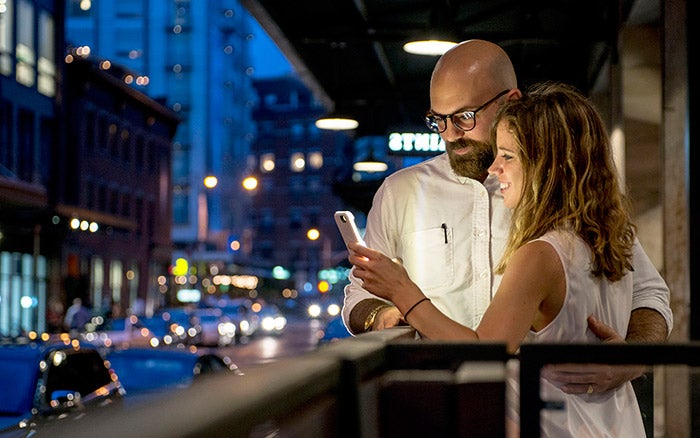 "If you just want to sell a case, one case and done, you can do infomercials or be 'as seen on TV.' But we want to be more than that," he says. "We want to be a company that has a variety of products. That's the really fun part."

Related: This Is Where Big Ideas Come From

LuMee's success demonstrates the value of putting in the time to research the market. Shoemake says that when he first got the idea for LuMee, he scoured the internet to see if anyone else had already thought of it. Luckily for him, no one else had.

"[I thought] it's either the smartest thing I've ever thought of or there's a reason why it hasn't been done. But I took the chance," he says. "Our philosophy has always been, let's work as hard as we can and do the best we job that we can and if it fails, at least we can say we tried as hard as we could -- no regrets."