By Adam Toren July 5, 2016
Opinions expressed by Entrepreneur contributors are their own.

A lot of us view the concept of “sibling partnership” as sharing the last cookie in the cookie jar instead of fighting over it. But these siblings are taking it a step further -- by starting companies with each other.

In the entrepreneurial community, some say sibling partnerships are stronger than any other kind, because siblings have known each other their whole lives. Others advise avoiding sibling partnerships at all costs, otherwise there's no good way to separate business from family. My own brother and I have run businesses together since we were seven and eight, and I certainly support the former argument. It seems that these four sets of sibling entrepreneurs would agree.

Before founding Conscious Magazine, sisters Rachael and Elena craved a platform where they could write quality pieces on change. With a passion for honest media, they founded a magazine that would report on local and global change, social justice and culture. Conscious Magazine is now sold at Barnes & Noble stores nationwide, as well as on the magazine's online store in physical and digital formats.

Related: No Sibling Rivalry Here: These Franchisees Are Happily in Business Together 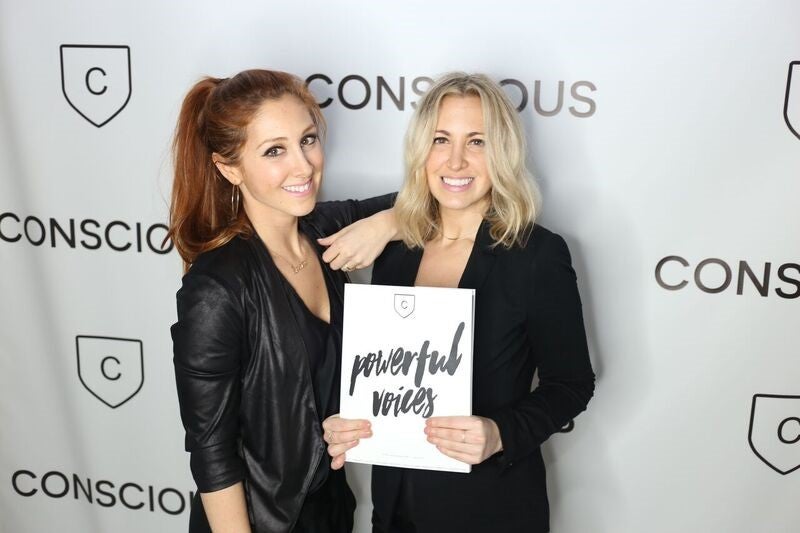 The sisters never planned on starting a business together, but their mother, a hair salon owner, taught them the logistics of business ownership from a young age. Rachael and Elena were sitting in their mom’s basement one night when they both realized their pull to start a company -- and the idea immediately unfolded. As far as roles go, the sisters’ Conscious duties blend. “While we each possess certain skillsets, we ultimately realized we would have to wear many hats, and sometimes that requires stretching, bending and molding into whatever is needed,” Elena says. “Somehow, when we get together to design something, we just have the same vision and feel.” Though their responsibilities at Conscious Magazine often overlap, the sisters do have their separate passions. “Rachael is a self-taught graphic and web designer," Elena says. "My strength has always been in writing and communications, so I’m usually the one to spearhead copy.”

2. Rahul and Gaurav Vohra of Superhuman.

Superhuman is an email experience designed to make you feel, well... superhuman. With artificial intelligence, undo send, social insights, follow-up reminders and other rich features, Superhuman is Rahul and Gaurav’s image of the ideal email platform. But the brothers didn’t jump into the world of communications software with their eyes closed. Rahul studied computer science at the University of Cambridge and previously founded Rapportive, another email company that LinkedIn quickly acquired. Gaurav collected enough computer experience to create YouTube’s most popular fractal zoom video. With a degree in economics, also from the University of Cambridge, Gaurav brings calm and order to the chaos of entrepreneurship.

As Gaurav puts it, he and his brother are like “yin and yang: [Rahul] charts the ship’s course and [Gaurav] keeps the engines running.” While Rahul handles sales and product design, Gaurav covers planning and systematization, creating the perfect team. “Working with Rahul has been a progress of re-discovery,” Gaurav says. “As with any professional relationship, there are ups and downs, and there probably always will be. The difference with siblings is, you’re continually looking out for each other and can always talk to each other. And when you do, you have a lifetime’s worth of shared understanding.”

Related: Hanson Could Have Disappeared. Here's Why They Didn't.

3. Anjali and Nik Kundra of Partender.

Partender is an innovative application that allows restaurants, bars and hotels to take bar inventory in just 15 minutes. Users simply tap and drag an image of the bottle they’re logging to indicate its fullness on-screen, then swipe on to the next bottle until the full inventory has been taken. With clients like Hilton, Marriott and Mellow Mushroom, Partender is rescuing the hospitality industry from wasted labor (and money) worldwide.

Anjali and Nik were never bartenders themselves; Nik actually stumbled across the industry-wide bar inventory problem after a failed date in college. Just a couple of years later, Nik -- a recent entrant to the general tech community -- and Anjali -- a startup aficionado -- had disrupted the hospitality industry with Partender. Even their younger sister, Monica, is now a part of Partender. The three make the ultimate dream team. “As crazy as it sounds, I think having had a lifetime of fighting and arguing with each other when we were younger has allowed us to steer clear of and easily resolve disagreements without issue,” Nik says of the tightly knit team. “Anjali, Monica and I have all joked that we’re in this to make our parents proud ... but ultimately, that really is a unifying feeling that helps us be the most efficient and productive we can be for ourselves, our teammates and our parents.”

As “professional wedding crashers,” twins Emily and Jessica knew they needed fashionable heels they could dance the night away in without getting painful sores and blisters. They quickly founded Hey Lady to save every shoe-loving gal around the country, using NASA-developed memory foam combined with timeless design. Their heels blend elegance and comfort in styles reminiscent of Audrey Hepburn and Jackie O. 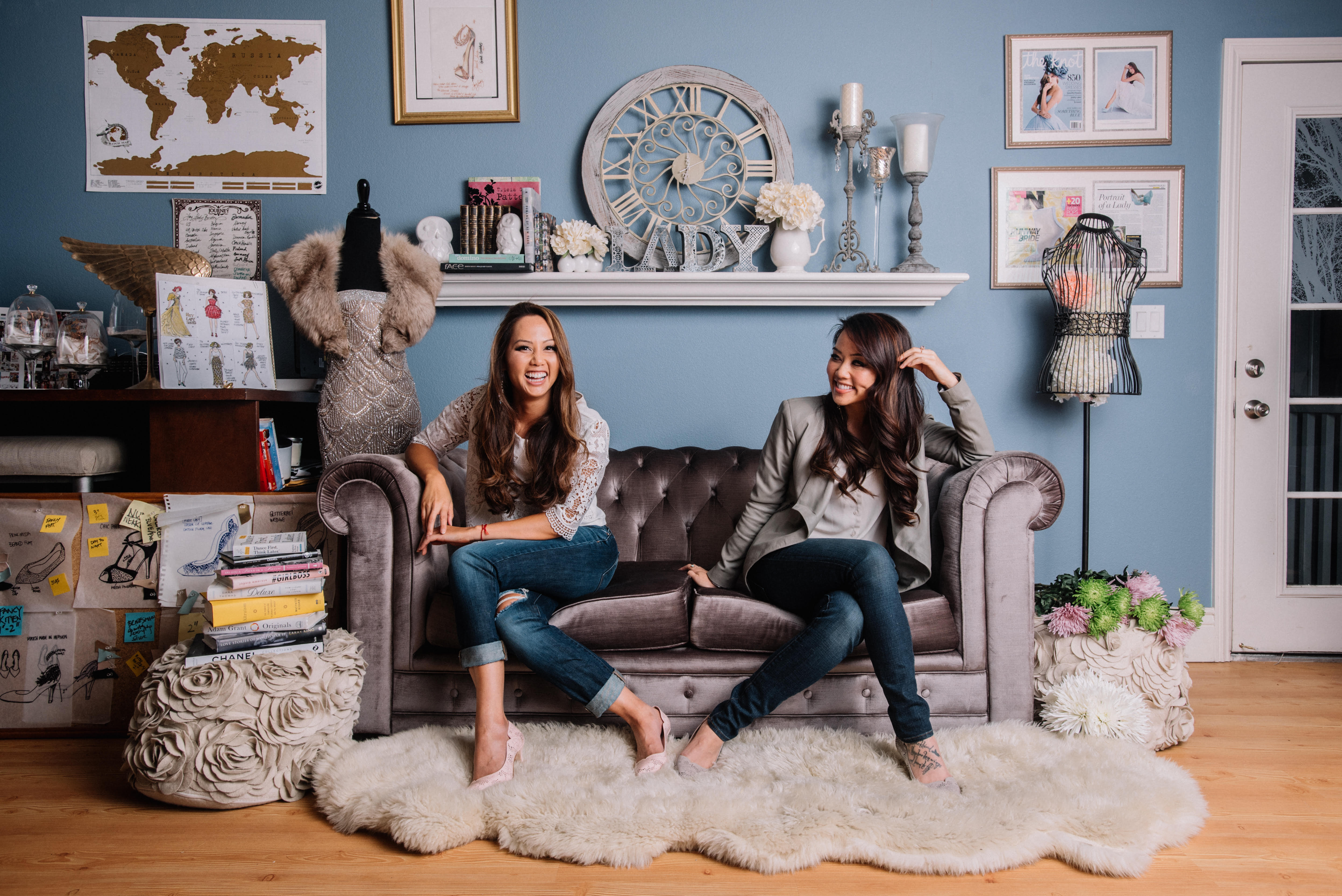 Emily and Jessica say they’re always thinking and saying the same things, whether they’re in the car together, at a photoshoot or collaborating on their business. “We’ve discovered that we say the same things, but in different ways. Apparently Mary Kate and Ashley Olsen have this problem, too,” the twins say, suggesting a special sibling bond that makes them an exceptional entrepreneurial team. But even though they work perfectly together, they warn against assuming a business partnership with someone just because you’re related. “Only partner if you equally believe and equally give,” they say. “When you have those moments that will inevitably come, like beating yourself up over messing up a game-changing order, the other one [should be] your cheerleader and remind you of the important things. Sometimes one of us has to pull out the big guns and remind ourselves ... that we’ve achieved a lot despite how we feel sometimes.”

Plus: Adam and Matthew Toren of BizWarriors.com.

With years of tandem entrepreneurship under our belts, my brother Matthew and I are big advocates of sibling partnerships. We started as business partners very young, so we had a lot of time while growing up to figure out who was good at what. Over the years and many businesses later, we’ve learned that our characteristics really complement each other, and we understand who’s better at handling what tasks. We’ve clearly defined those characteristics, and to this day we only handle what each of us does and knows best. We have overcome many entrepreneurial obstacles, and we owe a lot of that to our strength as siblings. Now, we’re using our strength and combined experience to help other entrepreneurs through BizWarriors.com, where business owners can learn to grow their ground-shaking ideas.

While we can’t speak for every sibling partnership, the four above -- and my brother and I -- are taking on entrepreneurship in powerful and profound ways. How do your entrepreneurial abilities complement your sibling’s? Would you start a business with your sister or brother?

4 Success Drivers When Launching a Restaurant

The 4 Types of Luxury Brand Leadership