Surprising Success Secrets from the Starbucks of Korea

The smell of fresh baguettes baking, shelves full of croissants, cream cakes and pastries in shop windows: It’s not what Americans associate with South Korea. But that’s the unexpected hub of this French-style export. In 1988, businessman Hur Young-in launched the Paris Baguette Café in Seoul and grew it into Korea’s version of Starbucks, with 3,300 franchise locations saturating the country. Now this cultural mash-up is preparing for global expansion: It aims to be a brand with more than 12,000 units open worldwide by 2030. France is already taken care of: Paris Baguette’s Parisian debut was in 2014.

The café currently has 43 corporate units and three franchises in the U.S. and plans to open 21 units this year -- 350 of them by 2020. Can they do it? Larry Sidoti thinks so; he’s the company’s chief development officer. He helped franchise development for Ruby’s Diner and Yogurtland and is in charge of Paris Baguette’s American expansion. “So far,” he says, “this company has done everything it says it will do.” 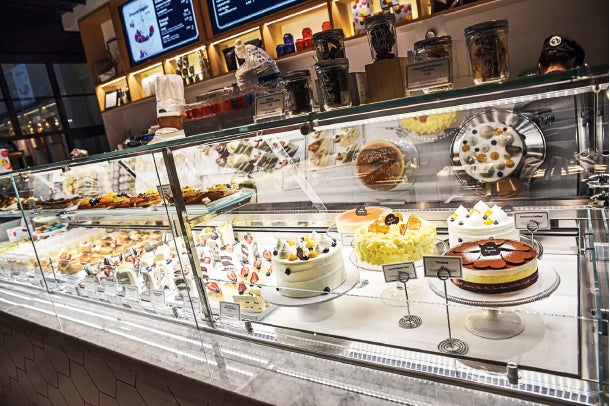 I’ve never heard of PBC. How are you going to open thousands of units in 10 years?

The thinking is that the Korean and Asian communities are rapidly expanding in the U.S., and there’s strong demand for Paris Baguette in those core markets. We think as the broader consumer market gets familiar with our brand, they will embrace it. We’ve had tremendous success on the East Coast, where we’ve already gone mainstream. Once we reach 350, we’ll explode from there.

Did you have to change your recipes for the U.S. market?

My initial thought was not to change. Our pastries are lighter and airier than American pastries. They’re distinctive. We decided we were going to succeed by not being like everyone else.

What type of franchise candidates are you getting?

Most are coming from the Asian-American community, but as the brand gets more recognition, we expect to see multi-unit guys and area developers with food service and hospitality experience. It’s how the cycle goes. It’s really mind-blowing: I’ve met with people who have been waiting to buy a Paris Baguette franchise for six years. It’s unusual to have people wait like that; they usually invest elsewhere.

So, do you think of yourselves as challenging Starbucks?

We’re not ever going to be Starbucks. Coffee is only 20 to 25 percent of our business, so we don’t really compete with them. But we believe strongly in synergistic relationships. Our brand brings more people into an area. So we not only coexist with places like Starbucks but also help each other drive traffic through the door.