The Good, the Intentionally Bad, and the Ugly Grammar

Now don’t get scared. We won't start drilling you on “who” vs. “whom,” conjugations, and gerunds. You can relax. We’ll take a much more practical approach, and we won’t use any strange words. Promise.

Do you see what I just did there? “Promise” isn’t really a sentence. It’s a sentence fragment. Technically it’s bad grammar, but it’s acceptable in casual writing and it doesn’t make me look like I’m illiterate. Why?

Because it looks intentional. You’re not thinking that I don’t know what a sentence is. You’re probably not judging my grammar at all. Instead, you’re getting the feeling that I’m being sincere. My intentional bad grammar is being used to convey a feeling, which is an emotional message above the actual meaning of the words.

And that’s the point I want to make here. There are different kinds of grammar. There’s good grammar, there’s intentionally bad grammar (which sometimes has its place – especially in copywriting), and there’s ugly grammar – that’s just plain bad grammar that shows ignorance and casts a bad light on the writer.

That’s the perfect grammar that follows all the rules. It certainly has its place in reports, most news articles, and other serious writing. It’s how we communicate when we’re being absolutely proper. Most of the time you can’t go wrong with good grammar. But sometimes, depending on the context, slipping in a little intentional bad grammar can actually be a good thing. Abbreviated sentences can be very powerful. They hold more emotion, and they carry the reader along.

For example, let’s say your product is a tonic that relieves muscle aches. You open your sales piece by first describing the problem your tonic will help with. You could use excellent grammar, as follows:

“We all know what it’s like to suffer from sore muscles. Your legs ache with every move you make. Your arms feel like they’re held down with lead weights. You find it difficult to get out of bed in the morning.  It’s a struggle to get through the day.”

That reads well, and it conveys a message. But see if the following, which breaks a few grammatical rules, isn’t a bit more engaging:

“We all know what it’s like to suffer from sore muscles. Achy Legs. Arms like lead weights. Getting out of bed in the morning – owwww! It’s a struggle to get through the day.”

Casual grammar clearly has its place, and good copywriters use it to their advantage. But . . .

When does the intentionally bad grammar turn ugly?

To show you what I mean, here’s something that a colleague sent me recently. I think it makes the point very well. It’s a communication from a young man who is trying to earn money by selling a protein powder that’s supposed to improve recovery time after a workout. (The name of the product and the young man have been changed.)

As my friend explained: “This recently landed on my Facebook page from a friend of a friend:”

Being in school has been a real challenge finacially so I have become a Acme Proteing Powder distributor. Yes I know your shock! Paul? The kid who lives on burgers big gulps?

My friend went on to say, “When I see something like the above, I get so caught up in the mistakes that I completely miss what the person is even trying to sell. Here is what I see.” (and she went on to correct the copy):

Being in school has been a real challenge financially, so I have become an Acme Protein Powder distributor. Yes, I know you’re shocked! Paul? The kid who lives on burgers and Big Gulps?

My friend finished with this: “A little stream-of-consciousness to show how this message is processed: Wow, being in school must be a real challenge all the way around if he has that poor a grasp of grammar and communication. Who is this and what was it about again? Oh, he thinks Acme Protein Powder is great and wants to sell me some.

Hmm... He doesn’t appear to be very smart/professional, so how can I trust his judgment on products? Even if he struggles with grammar, he could get help from an expert. Or maybe he is just too lazy to take the time to construct decent sentences and proof his writing. If he is too lazy to do that, how do I know he will take my order correctly? Or not bill my card for another person’s order? Will he still be in business if I have a problem with the product in a month? Probably not. Dismissed.”

Notice how in the above comments from my friend, the last two sentences are actually sentence fragments. But they don’t look bad. They convey the emotion of someone who is unimpressed and uninterested in what Paul has to offer. Again, the key here is that the sentence fragments don’t look like a careless mistake. They look intentional.

Making sure you get the right voice.

All writing has a “voice.” It sounds like the person who wrote it. It can be formal, casual, amusing, serious, or careless.

If you’re selling medical supplies or mortuary services, you probably want to sound formal. There’s no room for anything that smacks of the unorthodox or humorous.

But for most products, a little bit of a casual tone in the copywriting can be more effective – as long as it looks intentional. Many copywriters spend years cultivating a conversational, intimate style that makes readers feel as though they are having a one-on-one discussion with the person signing the letter. This often requires breaking a few rules of grammar, but it feels right to the reader.

It’s never a good idea to look careless, ignorant, and unintentional. That’s just plain ugly, and it will reflect badly on you and your business.

Why? Cuz no one wants to work with someone who doesn’t seem to care. 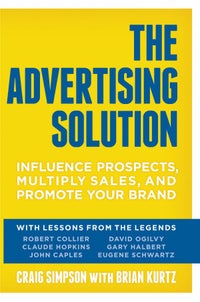 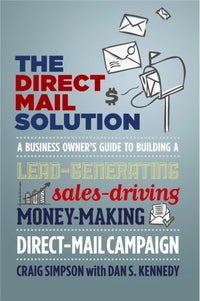 How to sell on WhatsApp? The Guide Anyone Can Use

What is a business strategy?

3 Sales Tweaks That Could Change The Game for Your Business

Top 3 Strategies to Sell Without 'Selling'