By Stephanie Mlot January 11, 2017
This story originally appeared on PCMag

Whether out for a night with friends or quietly celebrating at home, it can be hard to self-monitor alcohol intake. But thanks to Milo Sensors, you don't have to.

The startup is creating "the next generation of wearable biosensors that gain blood-level insights in a non-invasive way," its website says.

The way is Proof, a wrist-worn biometric sensor that tracks your blood alcohol level without needing to blow into a breathalyzer or take a blood test. Sync the dime-sized sensor to a smartphone for real-time, customizable notifications. 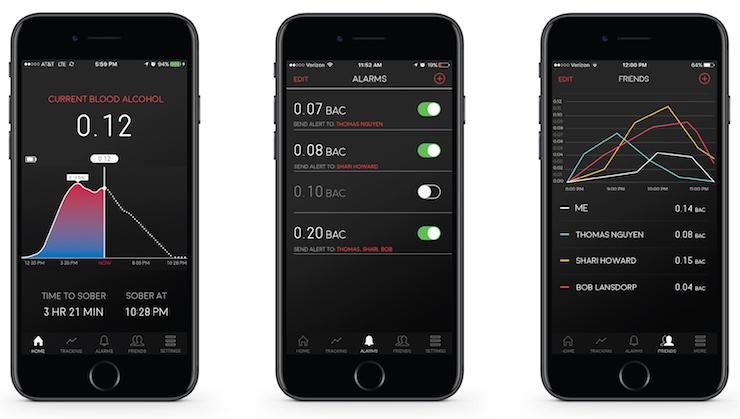 Proof -- named for the measure of the content of ethanol in an alcoholic beverage -- looks like a generic fitness tracker, but instead of counting calories, it calculates alcohol content for 12-plus hours.

Milo Sensors' device relies on a disposable cartridge, attached magnetically to the underside of the band; the patent-pending accessory converts perspired alcohol into an identifiable level. The wristband then lights up and vibrates once you reach a pre-selected blood-alcohol-content limit -- a warning to stop drinking, or face the consequences in the morning.

A rechargeable battery lasts up to four days of continuous use (a sure sign you have a problem).

Interested drinkers can sign up online for product updates and pre-order details. A release date and retail price have not yet been revealed.

In August, researchers at the University of California, San Diego developed a temporary tattoo that tells the user their blood alcohol level. The technology looks like a small circuit board, but analyzes sweat and communicates wirelessly with a handset or smartwatch to determine your level of intoxication.