The company wants to build a supercar's supercar, but it apparently is unable to pay its bills for lavish expenditures.

By Tom Brant January 25, 2017
This story originally appeared on PCMag

Faraday Future's snazzy electric FF91 self-driving car prototype is very real: we saw it with our own eyes at CES earlier this month. The startup's legal and financial troubles are very real too, though, and the latest lawsuit suggests that Faraday is working as hard on building a hype machine as it is on building a viable car.

The lawsuit, which Jalopnik discovered this week, is from visual effects company Mill Group. It alleges that Faraday Future failed to pay for a $1.8 million virtual reality presentation, complete with holograms designed to help launch a new electric vehicle.

The lawsuit mentions that the presentation was supposed to take place in January 2017, and a Faraday spokesperson confirmed that the Mill Group was hired specifically for the CES unveiling. Preparations began last September, when Faraday reached out to the Mill with a proposal for "a graphic presentation, with virtual reality, augmented reality and holographic components," according to the lawsuit.

But there was no virtual reality or holographic component to the January presentation at CES, and it's unclear if any other elements from the Mill's work were part of the event. 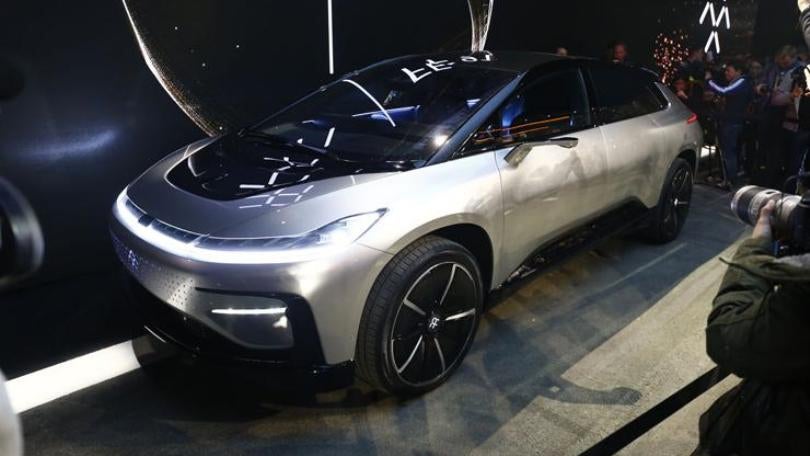 Faraday agreed to pay for the multi-million dollar presentation in three installments, but has only ponied up $20,000 so far, the lawsuit alleges. Faraday said that it will contest the suit.

"The Mill alleges that it is entitled to full payment for work that it performed," a Faraday spokesperson said in a statement to PCMag. "Faraday Future denies this contention, and looks forward to the the opportunity to present the facts supporting its position through the legal process."

The Mill Group's attorneys did not immediately respond to a request for comment.

Faraday, on a quest to build a viable Tesla alternative, has been accused of ignoring bills before, including ones it owes to contractors building its factory in Nevada. That dispute drew the attention of state regulators, with one official even going so far as to call Faraday a Ponzi scheme.

"You have a new company that has never built a car, building a new plant in the middle of the desert, financed by a mysterious Chinese billionaire," Nevada State Treasurer Dan Schwartz told Fortune in November, referring to LeEco's backing of Faraday. "At some point, as with Bernie Madoff, the game ends."

Can Faraday keep the game going long enough to deliver its first production cars to the numerous people it claims have placed online pre-orders? As we know, the FF91 is a truly remarkable car. With a blistering zero to 60 time of 2.39 seconds, according to in-house tests, it's got plenty of conventional power. It has next-generation artificial intelligence, too: the automatic parking feature lets you leave the car at the entrance to a parking lot and it will very slowly roam the aisles looking for an available stall all by itself.

There are many more achievements, and assuming all of them translate from prototype to production, the FF91 will be a supercar's supercar whose technology could also trickle down to more affordable models. (Faraday hasn't announced the FF91's MSRP yet, but you can bet it won't be affordable for most people).

The ultimate challenge for Faraday's engineering team, then, seems to be to keep slogging away at the FF91 while ignoring the company bigwigs who apparently have an unsustainable appetite for hype. That's easier said than done, of course, especially if you're worried that your employer's next default will be on your paycheck.