How a garage startup in Venice became a successful post-acquisition virtual reality media company that is now disrupting the news industry.

By Robbie Tripp April 17, 2017
Opinions expressed by Entrepreneur contributors are their own.

RYOT is a media company that officially set up shop in Venice, Calif., long before the area became known as Silicon Beach, the shiny new moniker for the small stretch of ocean landscape between Santa Monica and Venice that is now teeming with over 1,100 tech startups, according to represent.la. But, its origin story runs even deeper if you take into account the hometown roots of its co-founder and CEO, Bryn Mooser.

A nomadic humanitarian who looks more like a rockstar/male model than the Birkenstock-clad activist that his extensive philanthropy would suggest, Mooser is now a recognizable face in the Silicon Beach scene and has been mentored by such magnates as Todd Wagner and Elon Musk. Mooser started RYOT in his garage in Venice in 2012 and has since transformed it into the world’s first “immersive news source” in our digital age. The past year has undoubtedly been the biggest for RYOT -- it was acquired by The Huffington Post/AOL in April 2016 (for approximately $15 million) and garnered numerous accolades, including an Oscar nomination for Best Documentary Short.

Related: Virtual Reality Is About to Change Your Business

Today, RYOT releases groundbreaking VR films, documentaries and news clips under the AOL umbrella that have been viewed and shared millions of times online, and has grown its staff from three people in a garage to nearly 40. Molly DeWolf Swenson, the company’s current chief marketing officer who acted as RYOT’s COO for the first few years of its existence, has been responsible for facilitating the massive growth the company has experienced within the last several years. She first met Mooser in Haiti, and a year later, followed him to his garage to start RYOT.

Needless to say, Swenson has had a firsthand view of how this scrappy startup became an Oscar-nominated, post-acquisition media giant that is now one of the most notable companies not only in Silicon Beach but in the entire virtual reality frontier. A chat with her revealed some interesting tips on how RYOT managed to pull it off. 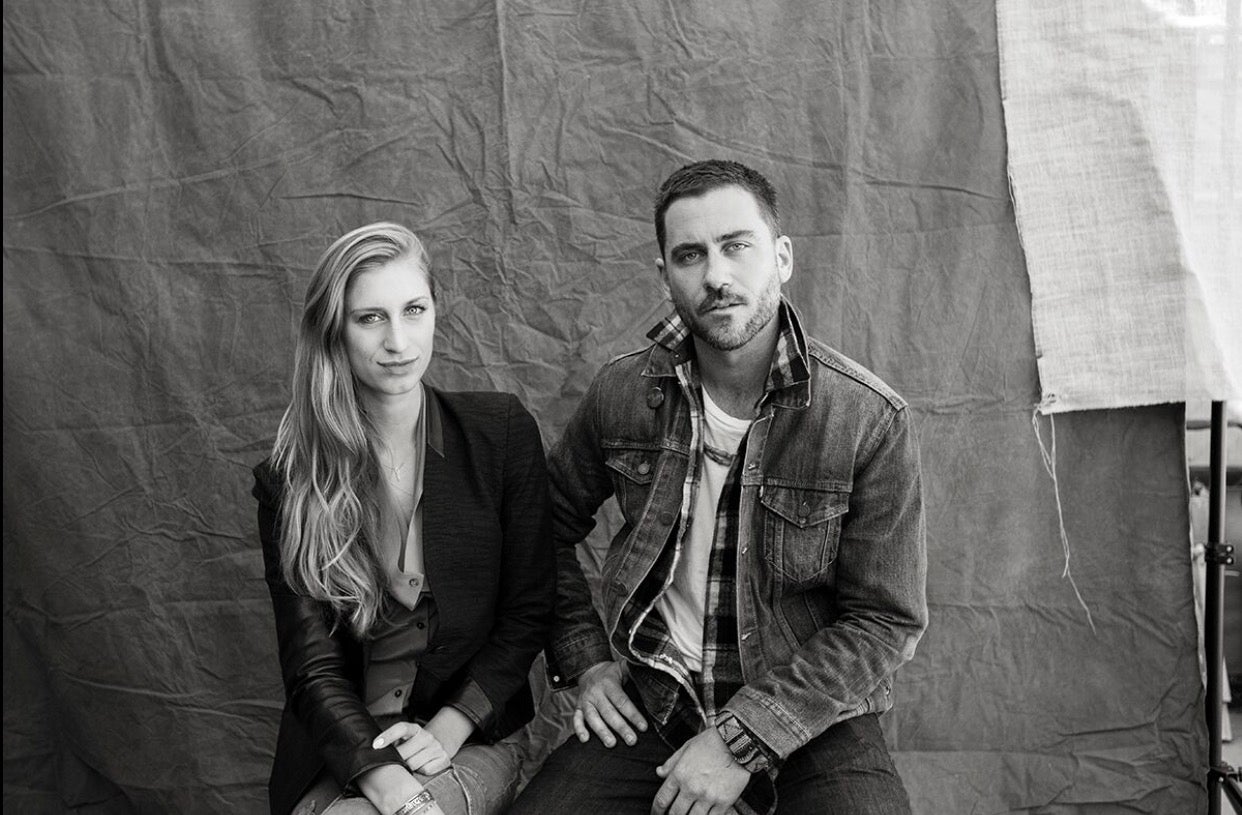 1. Keep your eye on the future.

RYOT recognized early on that smartphones could be used as both a storytelling tool and sharing mechanism, and sought to make that a part of its mission to disrupt the news industry.

“We think that the smartphone is the greatest revolution in media since the printing press," says Swenson. “You can create, curate and distribute all through your phone. This is a democratization of storytelling unlike anything in history.”

Related: Why Even Space Startups Insist Sales Are More Important Than Technology

Although in the beginning RYOT.org consisted of online news articles about breaking news and important causes, the company always kept its feet planted firmly in its founders’ passion for storytelling through film. But, as a young startup with hardly any means to fund the expensive art of filmmaking, the RYOT team opted to pursue a new -- and much cheaper -- form of telling stories.

“We used GoPros and iPhones to document the incredible stories that were unfolding right in front of us. Only in the last couple of years has technology evolved to the point where you can use your literal telephone to create something Academy Award-worthy.”

The RYOT team continued to produce original content and gain a cause-focused millennial social media following throughout 2013, but it was in late 2014 that the future of RYOT really took a turn when a fellow documentary filmmaker stopped by the old RYOT office and introduced Mooser and Swenson to their first virtual reality headset.

“I just remember that we were blown away by this new technology and how it could be used to impact people,” Swenson recalls.

It wasn’t long after this experience that the catastrophic earthquake hit Nepal, and RYOT leapt into action with its signature boots-on-the-ground approach. RYOT’s co-founder David Darg was one of the first to lay eyes on the havoc in Kathmandu. Using a small GoPro-based 360 camera, Darg captured the first-ever VR footage from a disaster zone. The immersive film Nepal Quake Project that was edited from that footage was picked up by media outlets such as BBC and The New York Times and went viral on social media as one of the first looks of the damage in Nepal, and a brand new use case for virtual reality.

“Up to that point some thought VR was a fad. But, we sensed that it was going to be a shift for media and we treated it as such,” recalls Swenson, saying that this was the moment that things changed for RYOT.

Related: The Co-Founder of Foursquare Shares His Best Business Advice

“When we first started, it was three of us in a garage, and Bryn would pretty much on-the-spot hire anyone with enthusiasm who came through the door. Obviously, that’s not a perfect system, but on the bright side, I was the beneficiary of that hiring strategy,” laughs Swenson.

Like many new startups, RYOT’s CMO admits that it took time for her and Mooser to develop good recruitment practices, but there was one focus that helped spur the incredible growth that would come: culture.

Swenson recalls a specific example of when the RYOT team was desperate to hire a skilled engineer to join the team.

“There were several candidates that came through who had all the experience and know-how, and were a perfect fit on paper, but we decided to pass on them. We waited and chose someone who we felt had the personality we were trying to build internally.”

This strategy, Swenson says, is without a doubt one of the biggest reasons RYOT was able to grow and evolve so successfully as an organization.

“If there’s anything I’ve learned about team building, it’s that no amount of experience or IQ points can compensate for a lack of a culture fit.”

RYOT currently employs 35 people in its Los Angeles HQ, with a few others in New York City at the Huffington Post/AOL headquarters. Swenson says that regardless of position or location, she and Mooser have never wavered from a commitment to build a team of “talented people who work hard, respect one another and have just the right amount of determination, and delusion, to think that we can actually change the world."

Related: Why These Childhood Friends Abandoned Engineering Degrees to Start a YouTube Channel

3. Understand the profitability of purpose.

“Purpose is a basic human necessity,” Swenson says. She recounts an experience she had standing among a group of protestors in the freezing North Dakota cold at Standing Rock Indian Reservation late last year. Running low on food and with no end in sight to their plight for the Dakota Access Pipeline project to be stopped, Swenson found the people there to be unflinchingly positive and resolute.

“We’ve seen throughout history that anywhere there’s a movement or a cause, people will withstand intense physical and emotional distress if you have purpose as your baseline.”

This focus on purpose and how it relates to the entrepreneurial spirit is not lost on Swenson. Regardless of the triumphs and setbacks, RYOT has remained focused on its brand of innovative activism and never wavered.

“We’ve worked very consciously to build a company that is purpose driven.”

Swenson clarifies that not everything RYOT creates revolves around a particular cause or philanthropic message, but that no company in a for-profit realm can be expected to do so. In these instances, she says, it’s about contributing to the existence of a conscious company that matters.

“Even if not everything we do is focused on a specific cause, at least people know that it still comes from a company that has a wider vision than just profit.”

Swenson says that this characteristic of RYOT has helped the company by bringing passionate talent to the team, luring big brand clients who wanted to be aligned with a company like RYOT, and attracting altruistic investors who funded RYOT even when they weren’t sure they’d see their money back.

Swenson admits that it’s much easier for a company to grow when its founder is a personality force who drives the brand. But, while Mooser may have a Rolodex full of Hollywood stars and C-level innovators, there was still a learning curve when it came to who RYOT teamed up with.

Part of what helped RYOT gain notoriety was its partnerships with nonprofit organizations and the clients it worked with on film projects. Lending its talent and content creation to other organizations not only helped bring in money but also spread its work on a wider scale. However, the team always made sure it was staying on brand and focused on their mission to change the news industry.

RYOT now not only enjoys the massive dissemination of AOL, but has also positioned itself as a go-to company in the virtual reality space; Apple, Samsung, Google and Facebook now come to RYOT to introduce their new technology and encourage the company to use it. RYOT was the first company to film a documentary using the iPhone 6S's 4k video capabilities and have also been named Google VR’s official breaking news partner.

These mutually beneficial relationships with incredible companies arrived because RYOT was among the first on the virtual reality scene and created a strong reputation for producing powerful content.

So what’s next for RYOT?

A big push into another emerging technology: augmented reality.

Robbie Tripp is a writer, public speaker and entrepreneur. He is the author of 'Create Rebellion,' and has been featured in The New York Times, Good Morning America, CNN, BBC News and TODAY. He lives in San Francisco with his wife, Sarah.

KFC and Walmart Are Using VR to Train Employees. Here's Why Your Company Should Too