Is it bad -- or even dangerous -- to leave a smartphone plugged in as you sleep? The answer is complicated, as are many things regarding batteries.

By Eric Griffith January 17, 2018
This story originally appeared on PCMag

There's been a lot of coverage lately about whether you should leave your smartphones plugged in overnight. Is it bad for the phone? Bad for your safety? What's the right thing to do?

In fact, how much should you charge your phone? When's the right time to plug in? Should it go down to 0 percent every time? Up to 100 percent? How do you get the longest life out of a battery inside a smartphone? And does it really matter if you're only going to keep the handset around for a couple of years before an upgrade?

Indeed, the debate goes well beyond the worry of moderate harm to a device, as some people have fears of perhaps "overloading" a smartphone battery. That worry seems relatively justified since it was only a couple of years ago that Samsung's Note 7s were bursting into flame due to battery issues. But as we've explained before, unless a device has some serious manufacturing defects like that phone did, the fire-in-your-pocket (or on the nightstand) aspect is unlikely.

The problem is, some of the research and opinions out there are diametrically opposed. But we've narrowed down the right and wrong things to do as best we can. We present to you the myths and truths of iPhone or Android phone charging, in particular for overnight.

Charging my iphone overnight will overload the battery: false

The one thing all the experts agree upon is that smartphones are smart enough that they do not let an overload happen. Extra protection chips inside make sure that doesn't happen in a tablet or smartphone or even a laptop. Once the internal Lithium-ion battery hits 100 percent of its capacity, charging stops. That usually happens within an hour or two, tops. 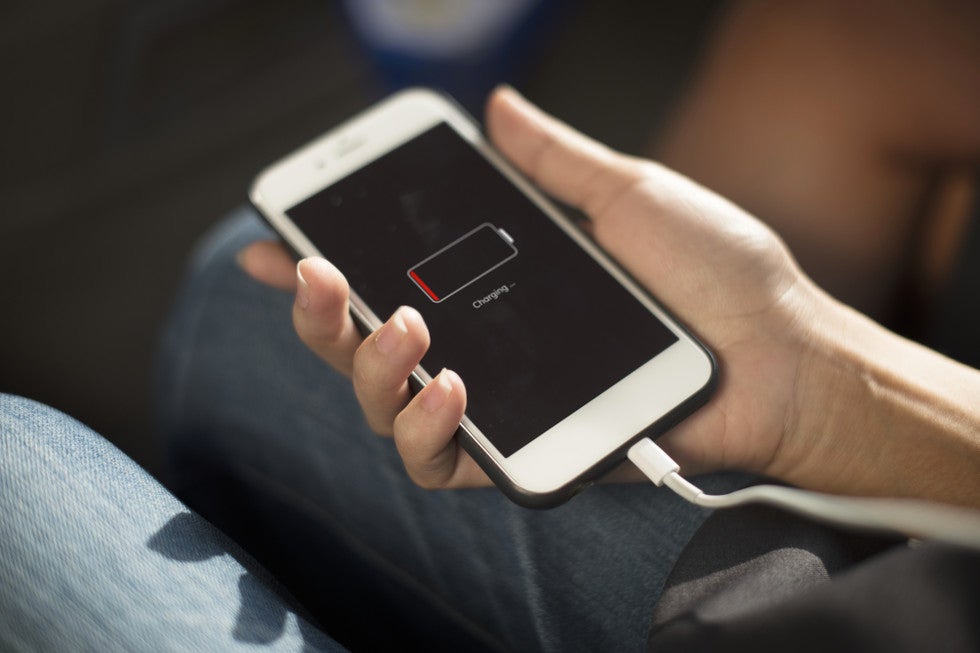 If you leave the smartphone plugged in overnight, it's going to use a bit of energy constantly trickling new juice to the battery every time it falls to 99 percent. That is eating into your phone's lifespan (see below).

The best thing to do: Don't worry about this too much. Plug the phone in when you go to sleep; if you wake up sometime in the night, unplug it to prevent constant trickle-charging. If you don't wake much, plug your phone into a smart home outlet that you put on a schedule so it turns off.

Potential problems that could be encountered while charging overnight:

1. It is hot in here? The trickle charge can cause some heating up. Many experts recommend taking a phone fully out of the case to charge overnight. At the very least, do not stack a bunch of crap like books or other devices on top of a charging device. And for the love of Jobs, don't put it under your pillow. Do any of the above and you can expect the phone to get hot -- not necessarily enough for spontaneous combustion, but at least enough to damage the battery (see below). If you are afraid of fire, some in the U.K. recommend leaving the charging device on a dish or saucer while plugged in, or put it on something metal that is more likely to disappate heat, like a heatsink does on the chips inside a PC.

2. Bad cables. If you're using a knock-off cable that isn't from the manufacturer, or at least "certified" in some way (iPhone Lightning cables should be MFi certified, for example), it could be a problem. The cord and connectors may not be up to the specifications needed for the phone or tablet. Don't skimp by buying chintzy cables.

I should freeze my phone to prevent battery problems: false

Lithium-ion batteries hate two things: extreme cold and extreme heat. With cold, repeatedly charging a smartphone in sub-freezing temps can create a permanent "plating of metallic Lithium" on the battery anode, according to BatteryUniversity. You can't fix that problem, and doing it too much is only going kill the battery faster. 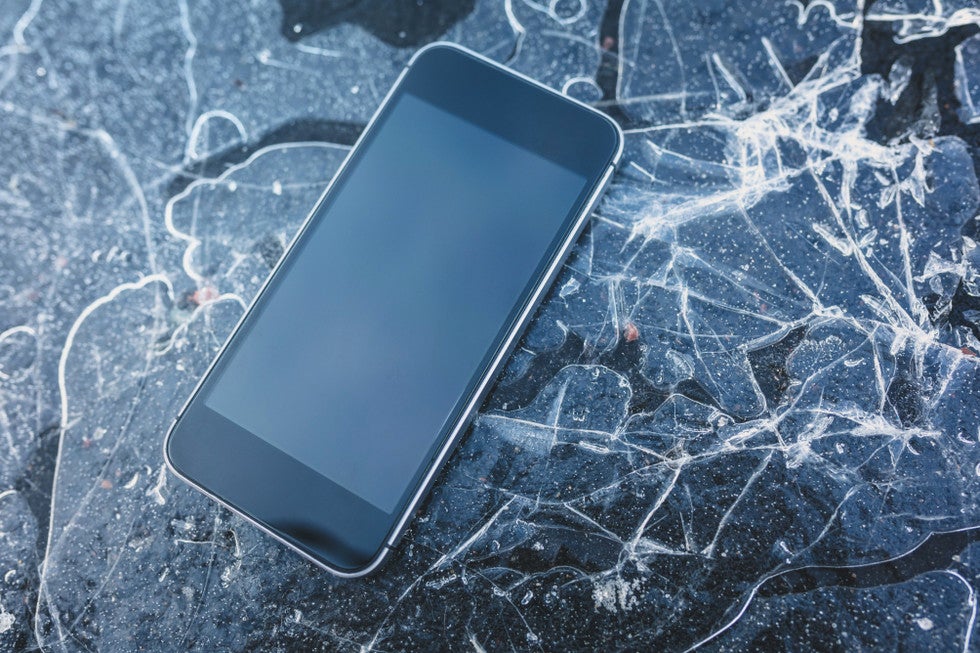 The battery is not alone in hating heat: all the internals of any smartphone don't like it. It's a computer in there, and computers and hot air are enemies going back decades. Leave your black iPhone sitting in the sun as you laze by the pool someday, and don't be surprised when it throws a warning at you that it needs to cool off. In the summer, keep it off the dash of the car, preferably in the shade.

Apple specifically says charging iPhones over 35 degrees C/95 degrees F will do permanent damage to the battery; expect the same with any modern smartphone.

Best thing to never do: Don't let it get too cold or hot when charging. And don't put the phone in the freezer. That's dumb.

My battery should always drop to 0 percent: false 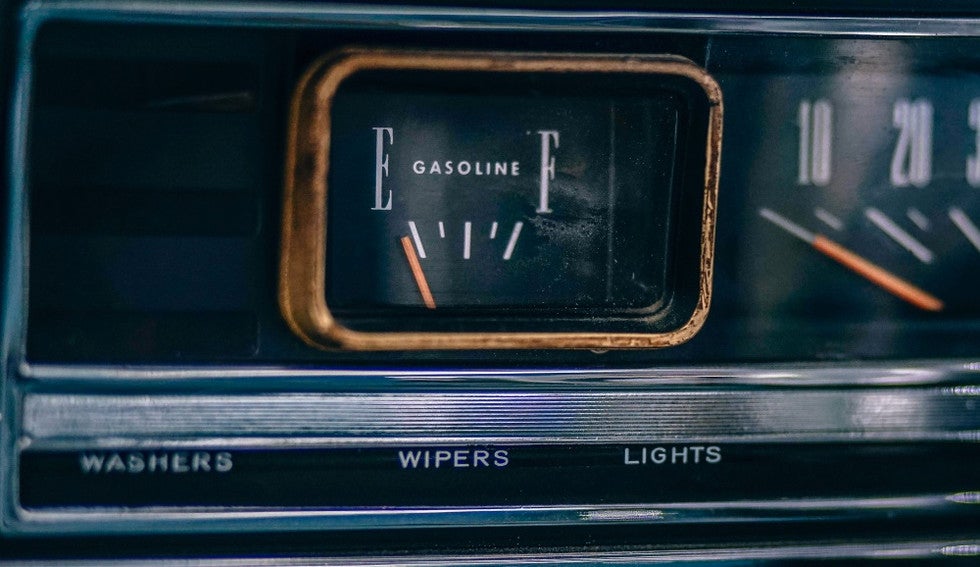 Batteries are on borrowed time from the get-go. The insides are in a state of decay that can't be helped. Over time, they're simply going to hold less and less power. If you've got an old iPhone 5 or 6 still in use and wonder why it's only got a charge for a few hours compared to the almost full day you got when it was new, that's why. The capacity diminishes over time.

The only time you would want to go out of your way to use up a smartphone battery all the way to 0 is to effectively recalibrate the internal sensor that displays your phone's battery level. It's hardly guaranteed -- in fact, many people don't think it works at all -- but it's recommended by some, especially if you've got a phone that hits 10 percent (or even 20 or 30) and seems to just die.

Even if you do go all the way to shutdown, that may not mean it's at 0 percent in the battery. Leave the phone be for a few hours, if you think this is worth doing. Then give it a reset (holding down the Home and sleep/wake button simultaneously) for good measure.

Best thing to do: Plug the phone in before it asks you to enter a low-power mode (on iPhones, iOS will ask you to turn that on when you hit 20 percent power). Plug it in when the phone is between 30 and 40 percent. Phones will get to 80 percent pretty quick if you're doing a fast charge. Pull the plug then, as going to full 100 percent when using a high voltage charger can put some strain on the battery. Keep it between 30 and 80 percent charged to increase battery lifespan.

(BTW: Fast charging like we've seen in Android phones for a while finally arrived in the iPhone 8 and X. Before, it took an iPhone a couple of hours to go up 50 percent. Now, Apple claims the 8 and the X go from up 50 percent in only 30 minutes with the right chargers. That requires a USB-C power adapter, which in turn means owning a special USB-C-to-Lightning cable, neither of which are included; or using a higher voltage charger like the one from an iPad or even a MacBook.)

My battery develops a "memory": false

Developing a "memory" was a problem with older nickel-cadmium (NiCad) batteries. That's where the whole "I gotta discharge the battery entirely" thing came from. Like we said, it's not necessary on Lithium-ion batteries.

So why do Lithium-ion batteries not seem to last as long as they age? It's not about "memory," it's about capacity. Your smartphone battery over its lifetime degrades enough that in the same amount of time charging, a new phone could hit a full charge, while an older phone might only get to around 82 percent in that same charge time. BatteryUniversity calls it "old man syndrome." 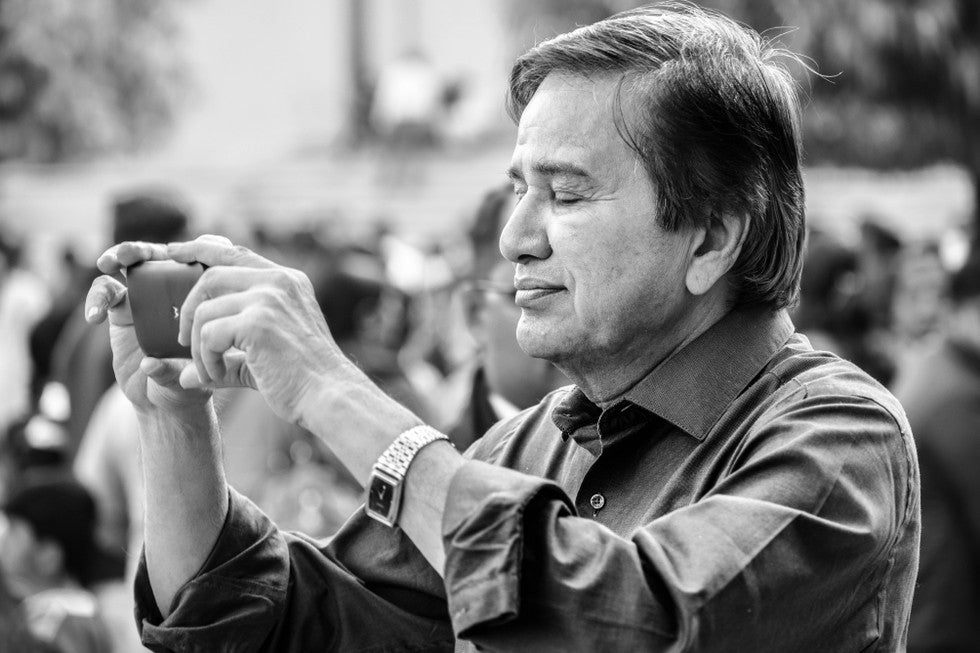 Another way to look at it is that newer batteries are just hungrier to suck up all that power.

Apple claims that "Apple Lithium-ion batteries are designed to hold at least 80 percent of their original capacity for a high number of charge cycles" but also admits that the amount differs from product to product.

Apple iPhone batteries also support "fast charging" so they'll get to 80 percent pretty quickly. After 80, you'll see the capacity increase slowly, some of which is to prevent heat build up, and that extends battery life. But guess what? Fast charging isn't great for Lithium-ion battery either -- it makes the corrosion go even faster.

The current iPhones come with a 5 watt, 1 amp charger block which works, but of course, you can charge faster with a 5W, 2.1A charger. If you stick to the Qi-based wireless charging, also keep in mind, most support 7.5W, with wireless fast charging now available after recent iOS updates.

Best thing to do: If you are going to charge overnight, don't fast charge. Use a slow charge. That means your charger should be lower voltage.

Phone batteries only live a couple of years: false-ish

Phone batteries measure their lifespan in "charge cycles." That means every time you discharge up 100 percent of the capacity, that's one cycle count -- but that doesn't mean you went all the way to 0.

If the phone's capacity has eroded enough, you may have to do that 50 percent charge-and-use a couple of times a day -- and that's when the lifespan goes even faster. Here's Apple's graphic trying to explain it:

While your phone battery doesn't have a "memory" that makes the capacity worse and worse, that limited lifespan means you may want to swap in a new battery (or batteries, as you can see in the image below). And if you have an older iPhone, you can grab a new battery on the cheap right now.

Last month, Apple admitted to secretly slowing down batteries on older iPhones in the name of "overall performance and prolonging the life of ... devices." It first applied the slowdowns to iPhone 6, iPhone 6s and iPhone SE devices, but has extended it to iPhone 7 devices, too. After an uproar, Apple said it would offer battery replacements for these phones for $29, down from the usual $79 fee, from now until Dec. 31. Here's how to see if you'd benefit from a new battery.

Battery replacements are generally best done by a professional unless you're brave. Few new smartphones have a user-swappable battery. Those that do are from previous years, including models from LG (V20, V10 and G5), the Moto G5 and the Samsung Galaxy Note 4 from 2014. The newest one out with a removable battery is probably the Moto E4.

Why so few? Well, you can look at it this way: most Lithium-ion batteries perform effectively for around two to three years, and that's when the manufacturers would really like it if you upgraded to a new phone. Or maybe it's because the average smartphone user in the U.S. keeps a phone for around 22.7 months, according to Kantar WorldPanel, so they can always have the newest, coolest gadget on hand -- so why bother making it easy to swap a battery?

The takeaway here: if you plan to swap phones every year or two, charge the stupid thing any way you want, as often as you want, and don't worry about the diminished capacity. But if you want to stretch things out, use best practices for Lithium-Ion batteries we described above. It may help. Or, just take it in to and get a new battery installed every couple of years.