That's a big contrast from 17 years ago when Americans on average spent only 9.4 hours online each week, according to the USC Annenberg Center for the Digital Future.

By Michael Kan January 24, 2018
This story originally appeared on PCMag

The internet is proving to be very good at least one thing: dominating your free time. A new study finds that Americans on average spend 24 hours each week online.

The number will probably surprise no one, but it represents a huge uptick since 2000, when Americans spent only 9.4 hours each week on the internet.

Our need to go online is becoming an "essential component to daily life," according to the USC Annenberg Center for the Digital Future. Since 1999, researchers at the center have been surveying over 2,000 Americans on their internet habits each year. From 2000 to 2017, internet usage at home rose from 3.3 hours to 17.6 hours per week. Fueling the change has been smartphones and mobile apps; 84 percent of Americans now access the internet through their phones, up from 23 percent in 2010. 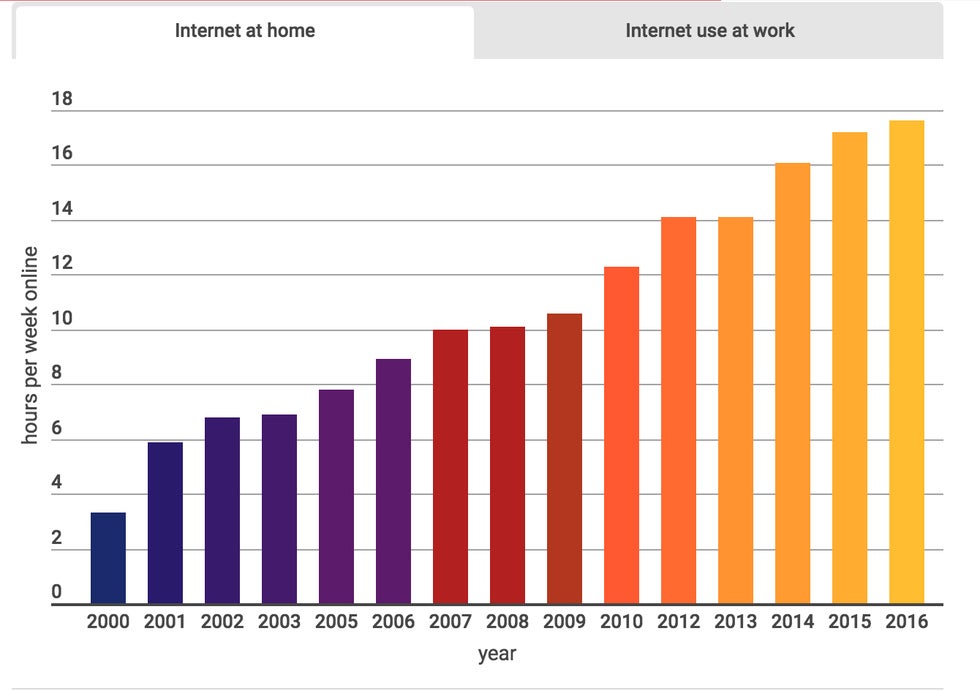 With all this time glued to our devices, experts have been studying the effects of internet-based technologies on the public -- and the results haven't been all good.

Facebook recently admitted that passively consuming content over the social media platform can make you feel bad; the more you interact with and comment on items, the better you feel. As a result, Facebook is revamping its News Feed to more prominently feature updates from friends and family.