Turn Off iPhone Slowdown Feature With iOS 11.3 This Spring

Apple's iOS 11.3 update, arriving this spring, will give iPhone owners a full breakdown of their device's battery health, as well as new features for Messages and Health and four new Animoji.

By Michael Kan January 25, 2018
This story originally appeared on PCMag

With the launch of iOS 11.3 this spring, iPhone owners will be able to switch off Apple's controversial slowdown feature and see a breakdown of their battery's health, the company confirmed today.

The features "can be found in Settings > Battery and are available for iPhone 6 and later," the company said in a statement that outlined a number of features expected in iOS 11.3. There, you can see if your iPhone needs a new battery, which you can obtain for $29 until Dec. 31, down from $79.

It comes after Apple faced a firestorm of criticism for secretly capping the performance of older iPhones. It started the practice a year ago via an iOS update to prevent the aging batteries inside from triggering shutdowns. Last week, CEO Tim Cook apologized for the misunderstanding and said Apple was working on an iOS update that would make the battery's condition fully transparent to iPhone owners.

The battery-related features will arrive first as a developer release for iOS 11.3, which Cook said will be available in February, before going public as a beta. 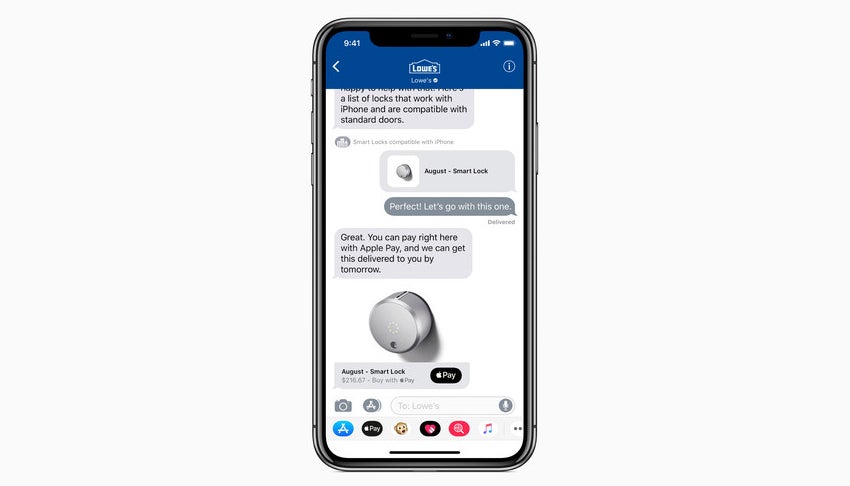 Also expected in iOS 11.3 is a service called Business Chat for the Messages app. It will act as a window to schedule appointments, make purchases and ask questions from customer service reps at real businesses. Companies including Wells Fargo, Lowe's, Hilton and Discover have already signed on.

In addition, Apple is expanding its Health app to show your actual health records from participating hospital and clinics. You'll be able to pull up lab results, medications, allergy information and more through the app, according to Apple.

ARKit 1.5, meanwhile, will allow apps to "recognize and place virtual objects on vertical surfaces like walls and doors, and can more accurately map irregularly shaped surfaces like circular tables."

The iOS 11.3 update will also contain a little fun; it'll introduce four new Animojis that include a dragon, bear, skull and lion for a total of 16 different characters.