Silicon Valley and New York aren't the only places to launch a high-tech career.

May 15, 2018
This story originally appeared on PCMag

Location, location, location doesn't just apply to your first apartment post-graduation; it also refers to what city you move to. Yes, there are tech jobs everywhere but some cities have more of a payoff.

For its annual salary survey, Dice.com, a career site for those in technology and engineering, got the input of over 10,000 professionals in 2017 about how much they make. The number of cities with average salaries in the six figures is half of what it was two years ago. Silicon Valley still has the highest at $114,654.

Dice notes that salaries have been stagnant but that can mean some employers are offering perks and bonuses in place of higher pay. Those little extras won't help you if you're paying rent in San Francisco or New York, though. So while they might be the first cities you think of moving to when looking for a tech-savvy, post-college abode, you should broaden your horizons.

That's where this list comes in. These cities come in after Silicon Valley, Boston, and New York in terms of salary but they have more livable rents and lots of reasons you might want to call them home. 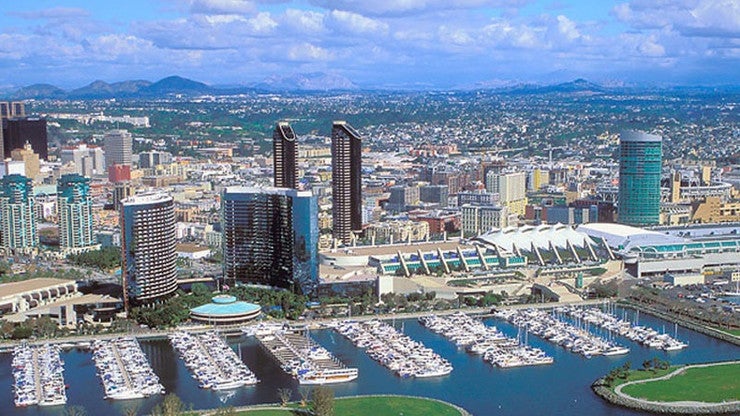 If you're talking tech and start a sentence with "San," you'd probably expect the next word to be "Francisco," but San Diego residents get great weather and great salaries. And those sunny skies are about to be filled with drones thanks to a three-year testing program the city secured with the Department of Transportation. The city is also home to behemoth Qualcomm and lots of startups, over 170 of which are part of the EvoNexus incubator. The average tech salary in San Diego is $101,025. 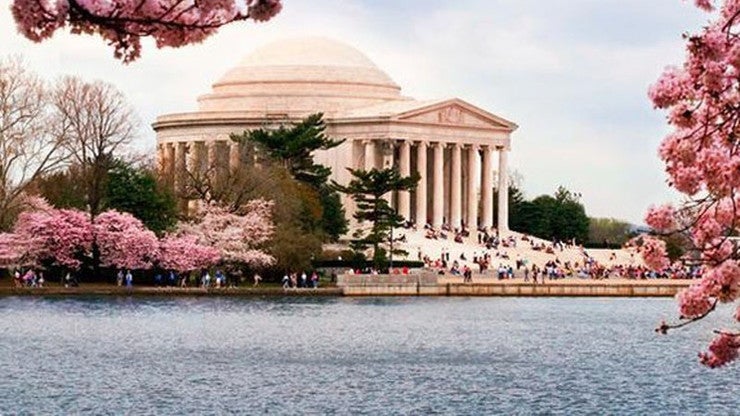 In keeping with Dice's findings about companies working to offer things that make them stand out, D.C. has received recognition for some features that make its tech offices stand out. You can't expect immersive gaming environments and oxygen rooms in every workplace, but know that a salary of $99,937 is the average. 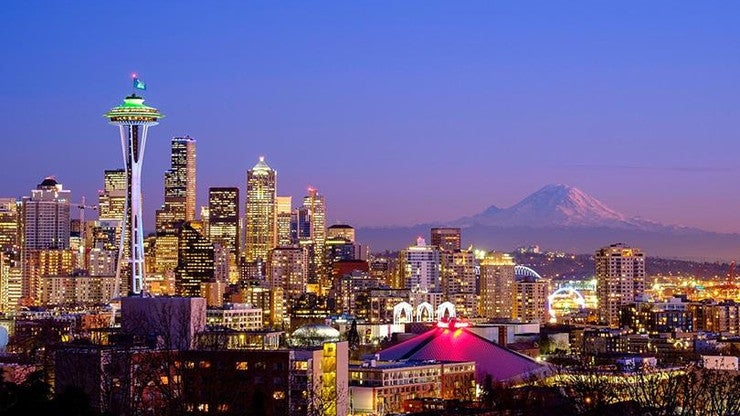 Yes, it's always sort of gray in Seattle, but the Emerald City is also pretty green. The average salary for those in tech is $99,352. Nearby Redmond, Washington, is home to Microsoft. But there are plenty of other tech companies in the area, including Amazon and Boeing. And if you're concerned about your internet data, the city has strict broadband privacy rules. One thing to watch, though, is a proposed tax bill that might halt Amazon expansion and limit how many other tech companies want to set up shop in Seattle. 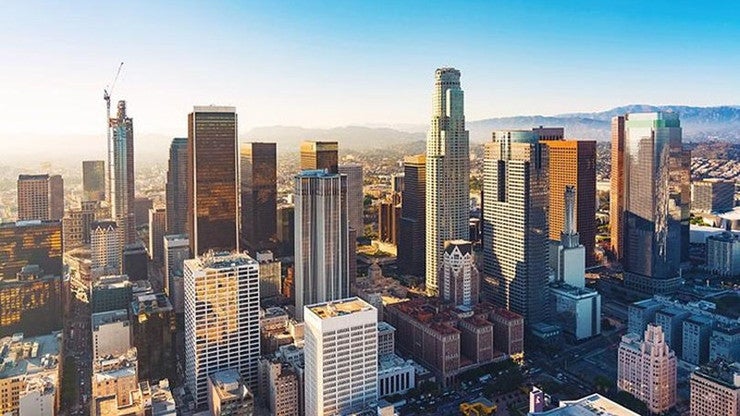 Tech workers in Los Angeles might have to deal with the freeways, but if they can find a job close to home and a home not far from the beach, they'll be happy enjoying the $99,145 average salary they bring in. Tesla's Design Studio is in nearby Hawthorne, (if you work there, your boss is working on that traffic problem), but the city itself has some high-tech career options, too. 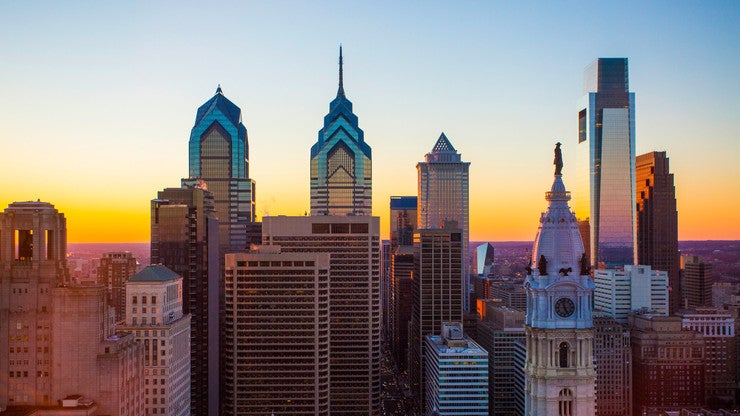 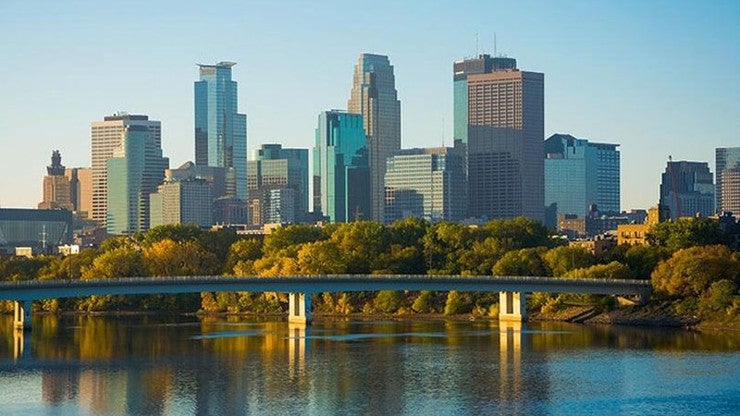 Minneapolis has been building some titans of technology these past few years. With average salaries at $96,936, it’s easy to see how. Use some of that paycheck to buy a warm winter coat, though. 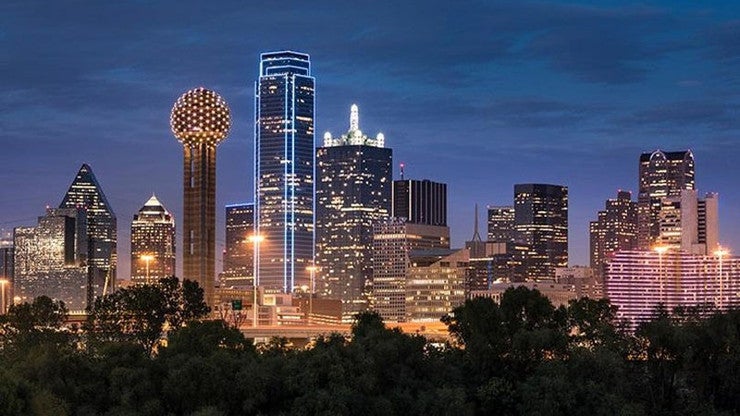 Dallas joined this list just last year, but tech companies like AT&T have called it home for a while. The University of Texas at Dallas has a unique program that merges the arts and technology. An average tech salary there is $95,222. 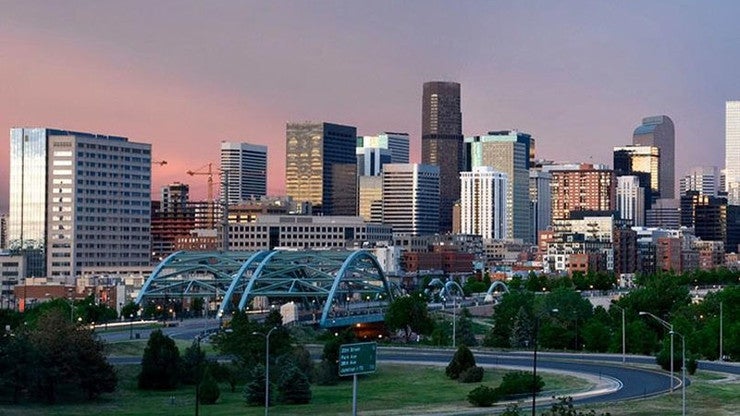 There are a lot of Rocky Mountain highs in Denver and one of them is that those in tech can expect to earn on average $94,668. The Denver Tech Center has been in business since the 1970s, encouraging tech companies to settle in the city. Ahead of ski season, put Denver Startup Week on you calendar this fall, and don't miss the emerging smart cityPanasonic is building out in the great expanse near the airport. 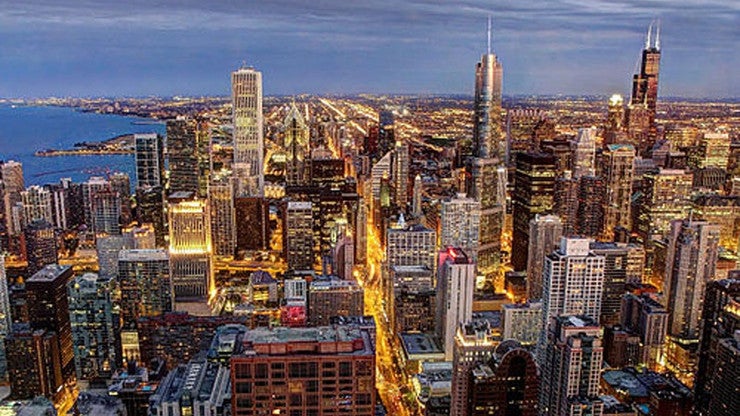 Chicago is filled with as much culture as New York but it also has midwestern friendliness going for it. Salaries are good at an average of $93,025 and there are plenty of companies hiring. 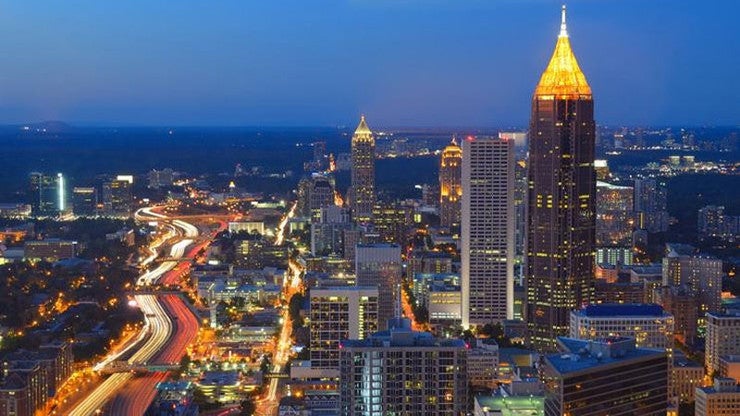 If you're looking for a place to house your small startup, you might want to look at the Atlanta Tech Village. If you're instead looking to join a company, lots of them are hiring, including Pandora. The average salary in the area is $92,637. 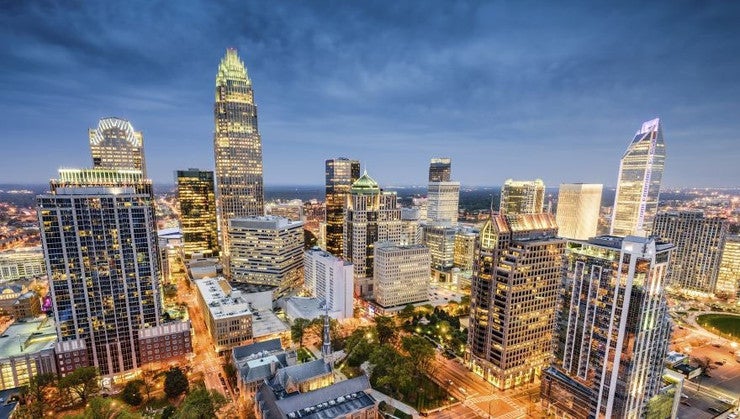 Financial tech is what rules the Charlotte tech scene but it's not all there is. The tech scene there is growing like crazy, so snagging the average salary of $92,507 probably won't be too hard. 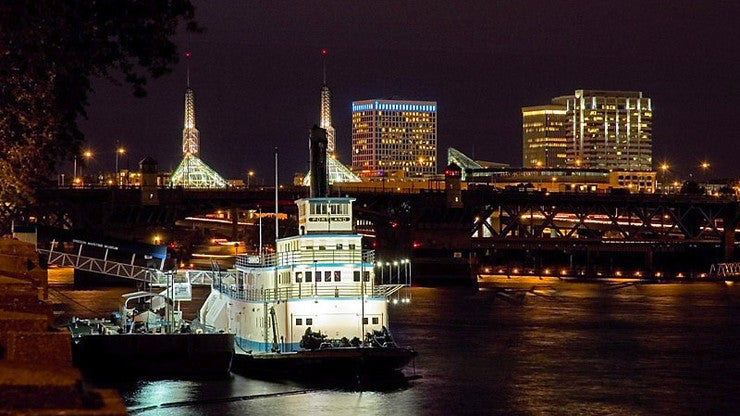 Portlandia might be over but Portland isn't. Women especially might want to consider the support they'll receive from organizations like PDX Women in Tech, which has a mentorship program. An average tech salary in the city is $91,192. 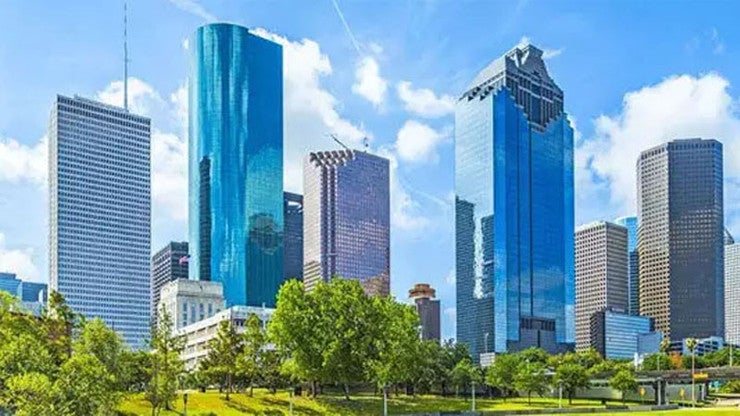 Though it's been associated with oil for decades, Houston also has a bit of silicon in its veins. The city has partnered with Microsoft for a computer literacy effort for its citizens and work on smart-city projects like reducing traffic through data and technology. Microsoft also said it will support local startups, so if you're considering moving to Houston now is the time. You can expect an average salary of $90,265. 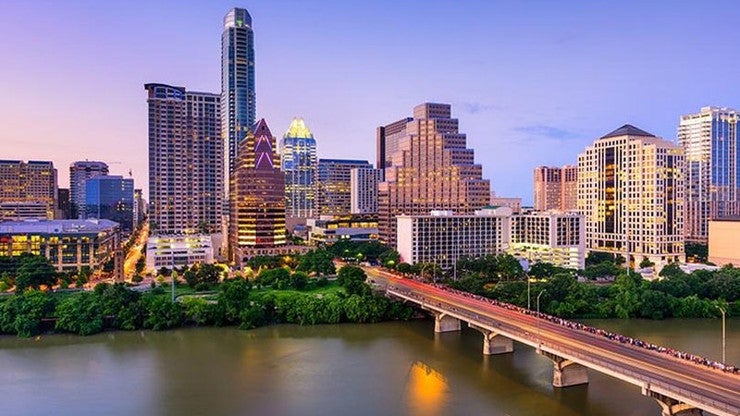 You might have already been to Austin for SXSW Interactive, but there are plenty of good reasons to stay. It's where many a tech giant got its start, including Twitter. It's also the second city to get Google Fiber, a move that prompted rival AT&T to roll out its own gigabit internet service in the region. Tech workers can make an average of about $90,214 each year, according to Dice. If you're looking for a place to start, there are plenty of startups that are set to take off this year. 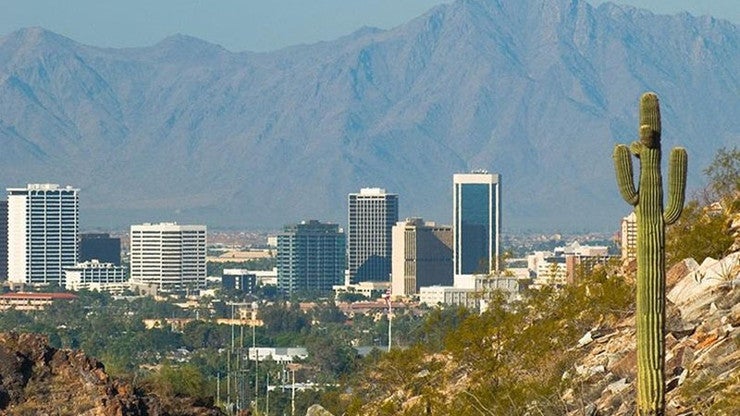 Tech companies are blooming in the Phoenix desert. An average tech salary is $89,749. The city is home to PHX Startup Week and if you take advantage of all it has to offer, you could one day find yourself receiving an AZ Top Tech Exec Award. 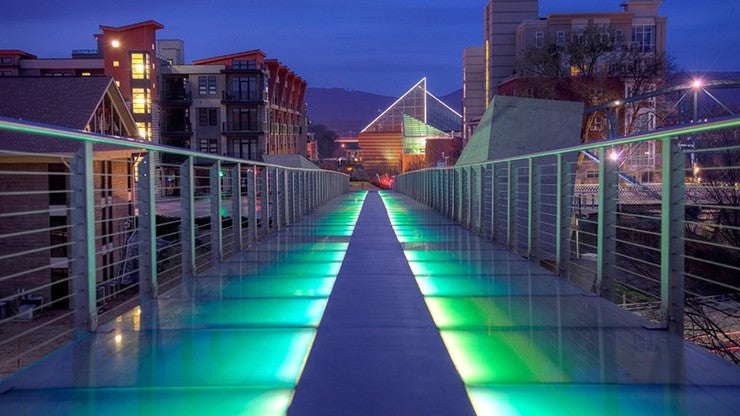 Chattanooga didn't make the Dice list, but PCMag's Rob Marvin recently sat down with area startups, VC investors, and city government officials to break down Chattanooga's transformation into a startup tech hub, thanks in part to its fiber internet.