At an age where many people are hoping for career stability, David Ripert took a huge leap into the augmented reality space.

May 16, 2018
This story originally appeared on Business Insider

David Ripert was perfectly happy at Google. He saw himself as an "intrepreneur" there, a word used to describe people who lead startup-like innovations inside big companies.

But after six years leading what might be one of the company's most fun divisions, YouTube Space, he's given it all up to found an ambitious augmented-reality marketplace startup called Poplar.

It's a big move, and Ripert spoke to Business Insider about why he's chosen the challenge of entrepreneurship months before turning 40 — an age some people might be hoping for career stability.

YouTube Spaces are Google's dedicated studios for vloggers and creators who want to get better and producing video for YouTube. Not everyone starts out looking as professional as Zoella or DanTDM, so Space was launched to provide creators with production and post-production facilities, and advice. Ripert oversaw the launch of Space in London, Dubai, and Paris. Prior to that, he spent two years in Netflix's original content division. 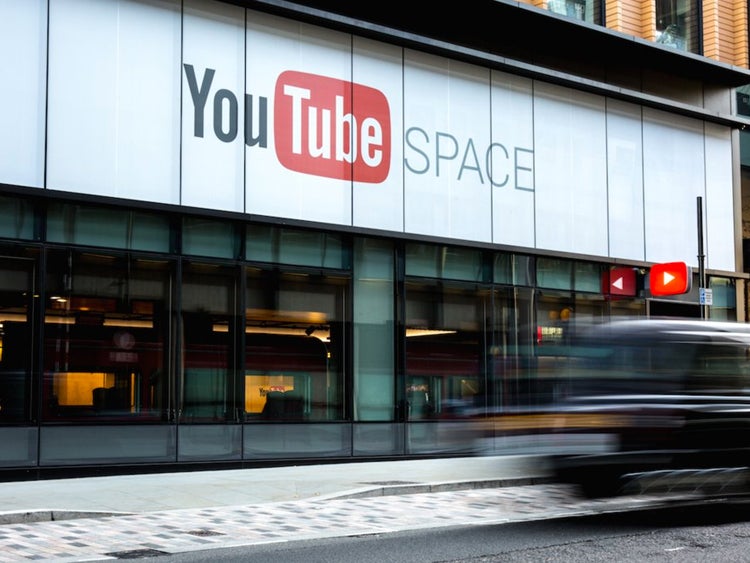 Both of these jobs got Ripert interested in storytelling, he said. And then he got to know Brent Hoberman, the British cofounder of Made.com, and began throwing around ideas for a startup.

"They had this idea for an augmented-reality marketplace, to help brands produce AR campaigns and content," he said. "I fell in love with the idea, I have this passion for content creation ... and have expertise in building creator communities. I see the potential for an augmented-reality market, so the sweet spot was Poplar and getting all these content creators to help create immersive content."

The idea is that a brand uploads a brief for an augmented-reality advertising campaign, and creators pick up those briefs.

It's a tough proposition. Big-name brands might buy the occasional augmented-reality filter on Snapchat, but using money allocated from small experimental budgets. Almost all digital spend goes towards Facebook and Google, and advertising and media agencies traditionally act as the middlemen, rather than startups. Still, more brands are desperate to work directly with startups, as the existence of Founders Factory and other corporate incubators show.

There is also the fact that augmented-reality is still seen as niche, a fact Ripert acknowledged. "It's early days for the AR format ... [but] with 250 million augmented reality snaps shared daily, there's a large audience baked into social platforms," he said, adding that "there will be more adoption."

Related: 5 Mega-Successful Entrepreneurs Who Are Introverts 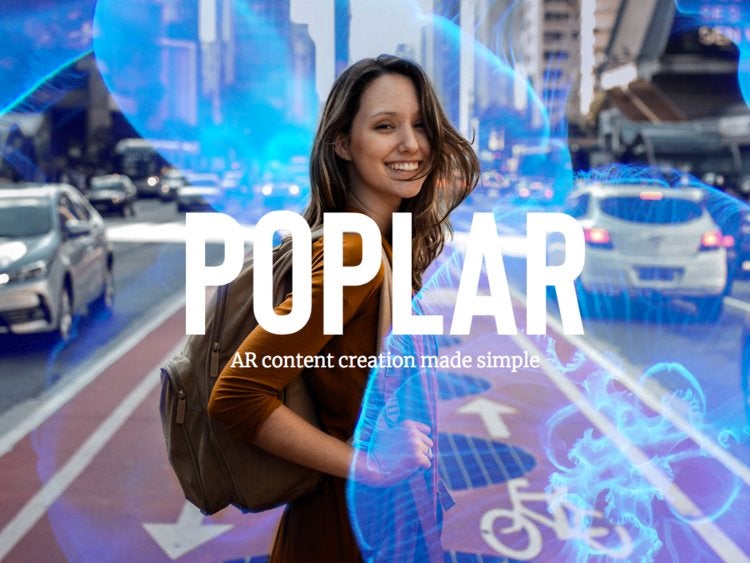 It's literally day one of Poplar when Business Insider spoke to Ripert, but his wider ambition is also to help brands create AR campaigns that work across different platforms like Facebook and Snapchat. He's already in conversation with brands like L'Oreal and The Guardian, both corporate backers of Founders Factory.

Why Ripert left his comfort zone and took a pay cut

Ripert acknowledged that quitting a comfortable corporate job was a leap.

For starters, Ripert said he is "drastically cutting" his salary. The median salary of a Google employee is $197,274 (around £146,000). The average entrepreneur salary is more difficult to determine but, according to an American Express survey, small business owners pay themselves $68,000 (around £50,500) on average.

"It was a huge risk when I agreed to do it and leave the comfort of my relationship with Google — they really take care of their employees, and I felt really happy," said Ripert. "I could have stayed for another 10 years."

Ultimately, Ripert wanted to know what it was like to have a business depend on him.

"If I was out of my project at Google, that company would still be churning out billions," he said. "In my startup, if I don't do something, it will sink. That's the challenge I want. It's not for everybody, and I'm doing so much by myself like hiring, branding, copy, pitching. I'm a deck machine these days."

While Ripert said he sometimes visits Shoreditch House, a trendy London members-only hangout for creatives, and feels like he's "too old," he is actually in good company. An MIT study found the average age of startup entrepreneurs is 42.

Ripert also said he's saved money to keep him afloat as an entrepreneur, and takes the view that he'll be running the business for at least the next three to five years.

"To be really logistical about it, I have savings and I wouldn't have done it if I wasn't able to take the risk," he said. "This is a long-term investment, the company won't [go public] or sell in a year. I'm looking at a three- to five-year outlook. I have to be patient, it's experience more than the money."

For now, Poplar has unspecified backing from Founders Factory, but Ripert may raise further funds in time. He also has the benefit of Hoberman's contact book, as well as the operational support Founders Factory provides its startups. So while Ripert has made a big leap, he is not without a parachute.

5 Mind Tricks That Will Boost Your Confidence and Take You Further, Faster