If Another Woman Is Being Rude or Uncivil to You at Work, Here's What You Can Do

Neither of you is the enemy. Evaluate where you're both coming from.
Next Article Add to Queue

Each edition of this Women Entrepreneur series, Behind the Numbers, presents a stat about a disadvantage women face at work and in business, examines the dynamics at play and provides guidance to help women overcome obstacles.

Maybe she didn’t look up from her screen to say “good morning” when you arrived for the day. Maybe she asked for your input on something, then disregarded your advice with no explanation or apology. Or maybe she sent you a passive-aggressive message about a project you’re responsible for. Whatever it was, now you’re stewing. Especially if this isn’t the first time she’s done something like this.

There are so many forms incivility can take in the workplace, and while men report experiencing incivility perpetrated by women and men at the same rate, women say that they experience incivility from their own sex more often. Across three studies focused on gender and workplace incivility, researchers found that women were 5 to 9 percent more likely to experience incivility from other women than from men, according to Marcus Butts, an associate professor in the Cox School of Business at Southern Methodist University, who co-authored the research.

People tend to compare themselves to people who are similar to them or in a common demographic group, says Allison S. Gabriel, the studies’ lead author, who is an assistant professor of management and organizations at the University of Arizona. As a result, women tend to be hyper-aware of the actions of other women, compared to the actions of their male counterparts, she explains.

Another gender-related phenomenon that makes women perceive incivility from women at a greater rate is the concept of “agentic” behavior, Gabriel and her research team found. Simply put, women find it offensive when their female colleagues demonstrate assertiveness, a trait commonly associated with male leaders. That might mean of assigning tasks, dictating directions or sharing opinions. “It didn’t seem like women were given a lot of latitude to deviate from what other women typically expect women to be doing,” Gabriel says, describing the outcome of her studies.

“What we think is going on is those traits or behaviors are signaling a competition threat,” she adds. One woman might interpret another woman’s stereotypically masculine actions at work as threatening, even if the other woman didn’t intend to block her colleague’s chances of advancement or success. Differing standards among people of different cultural backgrounds for what constitutes acceptable behavior for the sexes can also come into play.

Getting to the bottom of why woman-to-woman incivility is so common helps toward preventing and resolving it, but it’s also important to consider what’s at stake if no one does anything about it. As Gabriel explains, “When women reported more incivility from other women, they were more likely to be dissatisfied at work, they were less vital and they were also more likely to say that they wanted to quit and leave.”

Workplace incivility has a cost, for both individuals and organizations. Christine Porath, an associate Professor at the McDonough School of Business at Georgetown University, has been studying incivility for more than 20 years and has found that it has detrimental effects on workers’ memories, immune systems and even family life outside of work.

In a Harvard Business Review article, Gabriel cited a 2010 study co-authored by Porath, which found that incivility led 48 percent of employees to intentionally decrease their effort at work, while 80 percent reported that they missed time at work because of it. Porath calculated that the cost of incivility to organizations, incurred from distractions and absences, comes out to $14,000 per employee.

Organizations that make civility a priority stand to earn up to 30 percent more than their competitors that do not, according to Lewena Bayer, CEO of Civility Experts, Inc. and author of The 30% Solution. But women can also address it at the micro, woman-to-woman level. Bayer shares tips for women experiencing incivility at work to help them overcome demoralizing interactions and focus on tasks, not tiffs.

1. Don’t personalize it.
Try not to perceive others’ behavior as a personal affront, Bayer says. Think about all of the reasons why someone might be acting in a certain way, and how many of those reasons have nothing to do with you. Maybe she’s up against a tight deadline or dealing with a hard time at home. Don’t assume that the clash you’re experiencing is related to a gender or personality conflict. “It’s a mindset shift,” Bayer says. “Your first reaction should be, ‘What else is happening that might be fostering this behavior?’”

2. Acknowledge the role you might be playing.
Remember that you’re one half of every one-on-one interaction you’re a part of. Maybe your colleague is acting cold because you forgot to say hello or make eye contact when she approached, and she expected you to, Bayer explains. Think to yourself, Is that person reacting to me, vs. me reacting to them? Bayer advises.

Or maybe it’s the opposite issue: She doesn’t see you as a threat, she sees you as someone who’s indicated you don’t want to dominate the situation. Maybe you spoke softly, sans eye contact, when you entered the room. Meanwhile, she made a grand entrance and captured everyone’s attention, and now you feel invisible or like you can’t get a word in edgewise. People with big personalities who take up more than their share of space in a room often don’t even realize how their presence affects others.

“It’s OK in a positive, polite way to correct people when they unwittingly or seemingly consciously behave in a way that is assertive or too aggressive,” she says. When phrasing your remark, phrase it with a focus on the outcome, or without first-person singular (“I”) or second-person (“you”) pronouns. “Instead of, ‘Could you please move over?’ say, ‘Let’s rearrange the chairs a little so that everyone has some space,’” Bayer suggests.

Related: Success In the Workplace Is Not a Zero-Sum Game

3. Figure out what you can learn from her.
When experiencing incivility from a woman who has more power or status than you at work or in your industry, Bayer says you might think to yourself, “If this woman is three rungs higher than me, what is it about her approach that works, that is successful? -- as opposed to assuming there must be some imbalance, some aggression or something negative.” Try not to interpret her strengths as a personal threat to you, but as something you might emulate.

“At a time when we need more women to be assertive and dominant and rising through the ranks of organizations, we should be championing those women,” Gabriel says. “We should be saying, ‘If they do well, I can do well, and if there’s representation of someone like me at a higher level, that bodes well for me.’”

4. Think of everyone equally.
The labels we place on others and the connotations we associate with other people’s identities can shape how we perceive their actions. Next time a woman is uncivil to you, challenge yourself to consider: “If a man had behaved that way, would I have reacted this way?” Bayer says. “Am I more offended because it’s a 21-year-old talking to me that way, or would I be offended if any person talked to me that way?”

To remind yourself of this, Bayer suggests the “Four E’s Rule”: “Everyone in Every situation gets Exactly the same respect and consideration Every time.” Even writing down this mantra on a sticky note and placing it somewhere you’ll see it frequently can make a difference.

That said, Bayer notes, “Civility is its own reward.” Just because you treat someone in a certain way doesn’t guarantee they’ll reciprocate. “Civility is not supposed to be conditional. I shouldn’t be keeping a scorecard. We extend our civility because it’s part of our character,” she says. 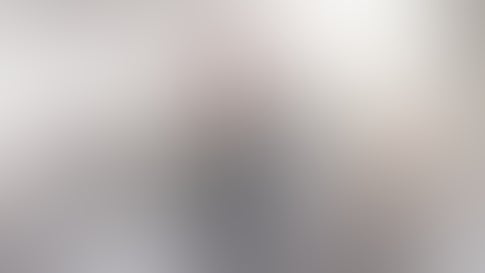 By starting at the bottom, Lara Merriken got a quick education to food-product sales and marketing.
Stephanie Schomer | 4 min read

Entrepreneur members get access to exclusive offers, events and more.
Behind The Numbers

Women Can Use These Simple Strategies to Save Enough for Retirement