This Bagel Shop Now Sells Products in 9,000 Stores Thanks to 'Shark Tank' and QVC

New York City's Bantam Bagels was started by a husband and wife five years ago after a literal dream of a stuffed bagel.

Husband and wife team Nick and Elyse Oleksak quit their Wall Street jobs after Nick had a dream about stuffed bagels. After hundreds of tests, that dream became a reality in 2013 with the opening of Bantam Bagels in New York City.

"We don't have a culinary background," Nick says. "We just made a product that tasted really good."

The couple took their idea to Shark Tank in 2014 and scored a $275,000 investment from Lori Greiner, who remains active with the brand. After that exposure on the national stage, the Oleksaks started selling their bagels, as well as pancakes, across the country. Today, they are sold in 9,000 retailers.

According to the company, its everything and plain bagel packages are the third and fourth top selling frozen bagels in the nation, and both products have grown more than 160 percent in dollar sales and units sales year over year.

Entrepreneur recently visited the Bantam Bagels shop to learn more about the brand. You can watch that here:

And read on for an extended conversation with Elyse.

How did you land your first big distribution deal and what can entrepreneurs learn it?

Our first big deal was QVC. We were totally unprepared, had zero infrastructure, no experience baking in mass and virtually no time. But we did what we know how to do: We said “yes” and then figured it out. We began running the oven 24-hours straight. There was no stopping, there were no shifts. Our staff stepped up like nothing we had ever seen, exceeding all expectations.

We were on fire, tackled each hurdle -- packaging, delivery, warehousing, compliance requirements -- one at a time, learning along the way and solving each problem as it surfaced. Two weeks later, we went on TV and sold out in five minutes. It was a huge risk, but saying yes to a big order four years ago became the driving force that took us from one New York City storefront to a credible player on the national stage.

Every industry has its own set of challenges, what is a big one in your industry? How did you overcome it?

One of the biggest challenges of our industry is how micromanaged the grocery retail world is. In each town, county and region of the country, different grocery chains operate in the market, garnering local loyalty and growth through unique regional connections. As a small brand attempting to find our space on the shelf in all of these retailers, we have faced the challenge of being relevant to both every buyer and every customer in every corner of the country. Part of our strategy has been to stay authentic to our roots and our origin. Wherever you are, people appreciate food that looks, feels and tastes genuinely authentic. Food is so personal, and we learned that by staying true to ourselves, we are able to forge true connections with people in every market of the country, no matter how far from New York City.

Part of being authentic in our product also carries over to our marketing efforts. We work hard to stay organic in our marketing, whether that's social, Shark Tank, press, the shop or street team giveaways. You won't see us competing for billboards and TV ads, because we prefer more of the ground level marketing that feels directly connective with both a lifestyle and a person. 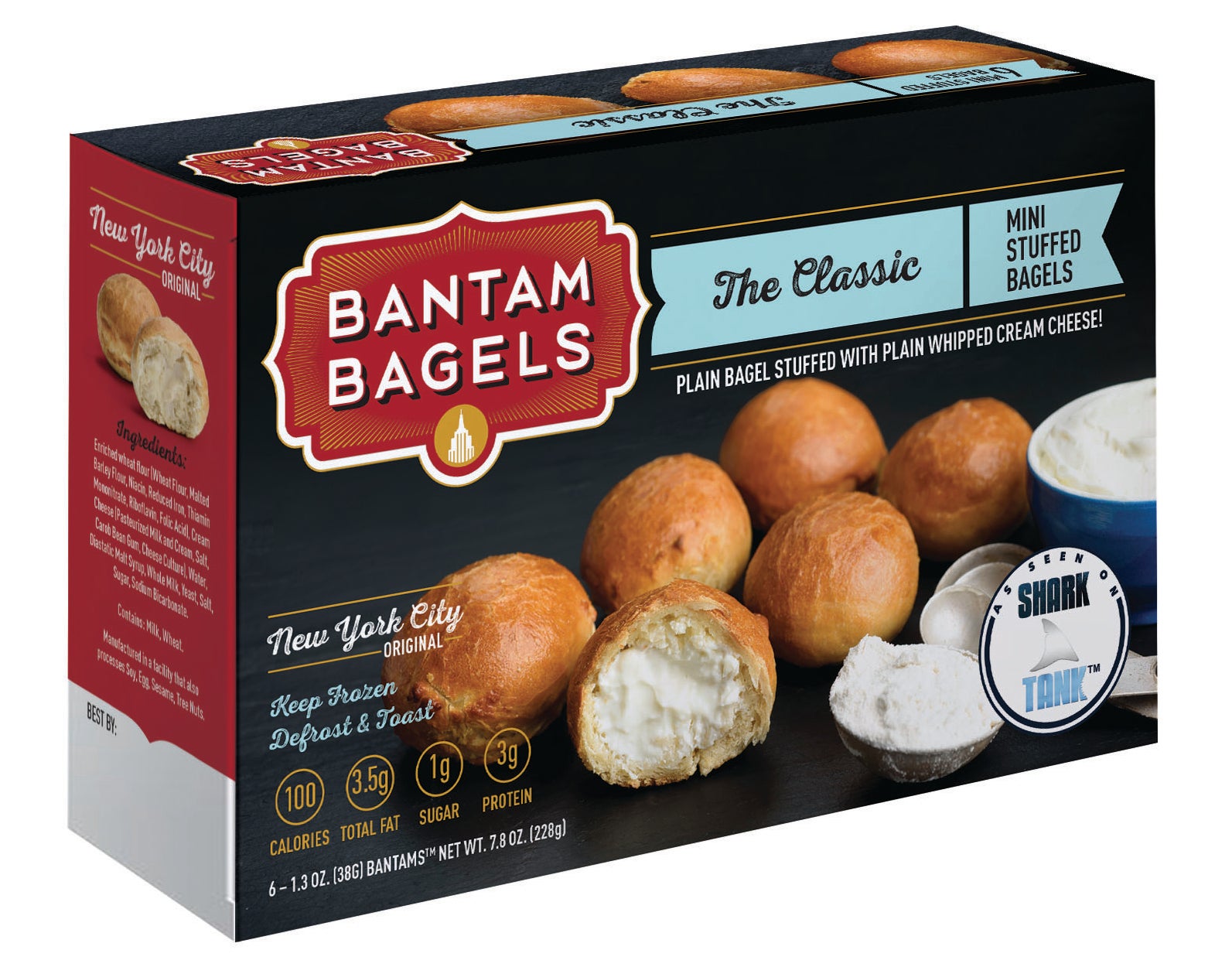 What's the most unusual thing about working in your niche?

The most unusual thing about bagels is how untouched it is from the sense of innovation. Few bagels exist in frozen retail, and any bagel-alternatives are virtually non-existent. While that seems like it would mean a slam dunk for Bantam, that actually came with its own set of unanticipated challenges. A few years ago, approaching buyers with a "new frozen bagel" was interpreted almost as a joke. We had to work incredibly hard to convince buyers -- who had either cut back or eliminated their bagel set entirely -- to revisit and even expand their frozen bagel offerings.

Nick and I are both Division I college athletes. We approach our business the way we were taught to as athletes: standing on the end line and sprinting until we puke -- or win, whichever comes first!