Google says the expansion will enable it to add 7,000 employees in New York, in what it is calling its "Global Business Organization."

Google will build a new campus in New York City, the tech giant announced in a blog post on Monday.

Google plans to spend $1 billion to create a 1.7-million-square-foot campus in Manhattan's West Village neighborhood, it said in the post by Google's chief financial officer, Ruth Porat. The new campus will be called "Google Hudson Square."

Google said it locked down three properties as part of the expansion:

Google said it planned to start moving into the Hudson Street buildings in 2020 and the Washington Street building, called the St. John's Terminal, in 2022. Google Hudson Square will be the head of Google's "Global Business Organization," the company said.

All the locations announced on Monday are within walking distance of each other. 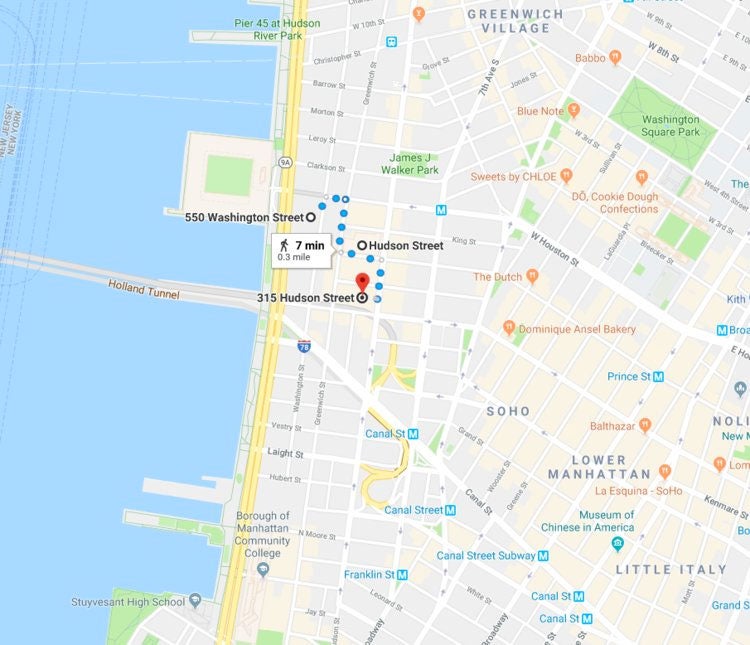 Google, which already has a massive office with 7,000 employees at 111 8th Ave., said the expansion would allow it to support at least another 7,000 employees in the city. Google has also paid $2.4 billion to purchase the Chelsea Market, across the street.

The announcement caps off a busy quarter in tech expansion.

Related: Apple Threw Shade on Amazon With the Stealthy Selection of Its Very Own HQ2

Last month, Amazon announced that it would move as many as 50,000 employees into new office complexes in Queens, New York, and Arlington, Virginia, while Apple said it would expand its footprint in Austin, Texas.