PigOut is made of mushrooms, and its creator worked at Beyond Meat and Just.

A startup has created a chip that tastes very much like bacon but is made from mushrooms, and it will soon be on the shelves of Whole Foods, Sprouts, Wegmans, Kroger and other retailers.

"We're right at the convergence of two really strong trends -- plant-based foods and better-for-you snacks," Glaser said. "Our mission is to make it easy for anyone to eat plant-based foods, and we saw the flavor of bacon as being extremely popular. We wanted to own a category and come out with something that was really unique and innovative."

Related: Plant-Based Egg From Just to Soon Be Available Nationwide in Whole Foods 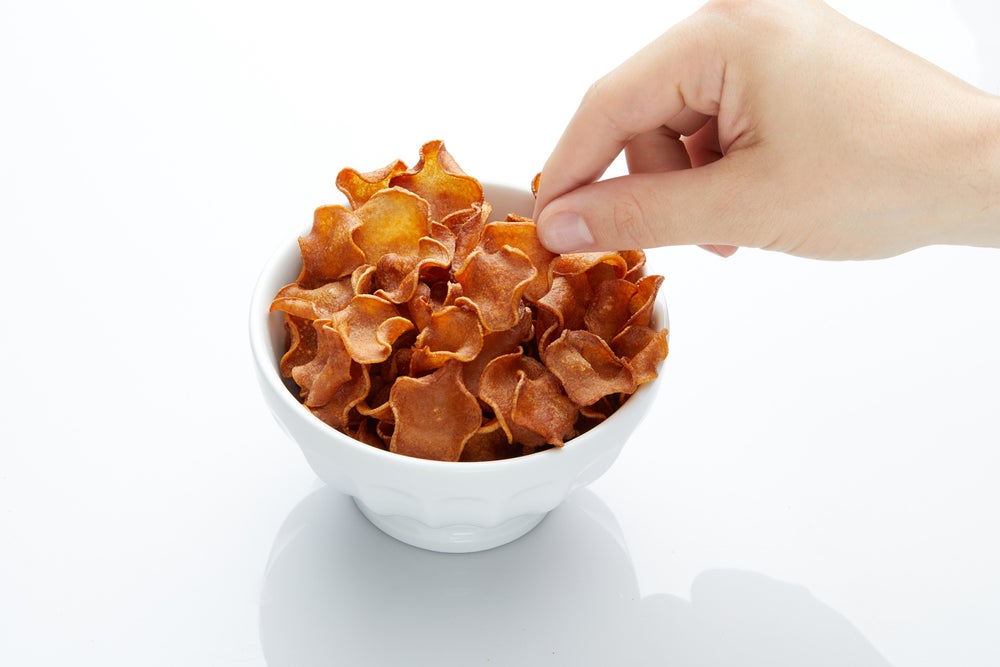 PigOut is made from king oyster mushroom using a proprietary process to reduce fat, as mushrooms absorb liquids such as oil, Glaser said. The company is currently seeking a patent on the process, and Glaser said it plans to license it to other chip makers, since it also works with potatoes.

Outstanding Foods also plans to introduce other pork-like products, including plant-based bacon strips and pork rinds. It also wants to expand to other proteins, such as chicken and beef.

"We see PigOut not as as the entirety of our business, but a gateway to really establish our brand and then introduce other products after that," Glaser said.

The staff of Entrepreneur enjoyed a sample bag of PigOut provided by the company, with some saying it tasted like a better version of Bacos. We also were charmed by PigOut's cute pig mascot, who doesn't have a name yet. Glaser said the company plans to hold a contest and take suggestions from fans for a name.