When Men Said It Couldn't Be Done, This All-Women Crew of Sailors Said 'Watch Us.'

The Whitbread Round the World yacht race's first all-female crew is profiled in the new documentary 'Maiden.'

“The ocean’s always trying to kill you. It doesn’t take a break.”

Those are the words Tracy Edwards says at the start of Maiden, a new documentary that relives the inspiring, sometimes terrifying story of the Whitbread Round the World Race of 1989-90 and the plight and ultimate triumph of one yacht crew in particular.

That would be the famous race’s first all-female crew, skippered by then-24-year-old British sailor Tracy Edwards. 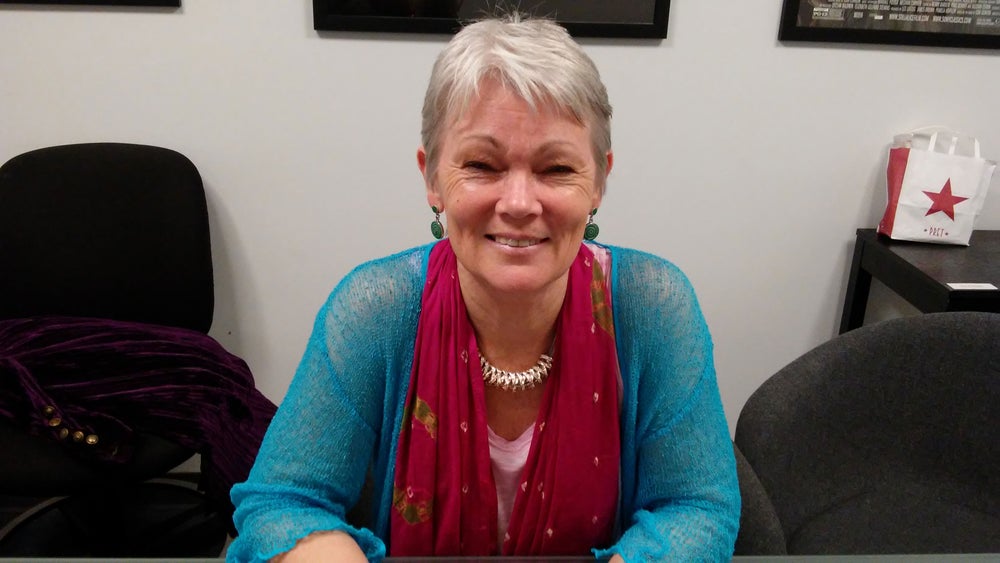 During the course of the race, Edwards, a kind of nautical entrepreneur and CEO, oversaw a crew of 12, helping them to overcome such challenges as 32,000 miles of open sea, life-threatening 50-foot waves, fund-raising nightmares and a near-mutiny. Not to mention the barrage of personal and media attacks the crew endured as they attempted to stake a claim in the “man’s world” of competitive sailing.

“The ocean’s always trying to kill you.”

“I think what I meant by that is that the ocean’s very honest,” Edwards, now 56, told Entrepreneur in an interview last week, discussing the film Maiden, which had its Tribeca Film Festival premiere this week. “It’s not talking behind your back or gossiping against you. As long as you understand that and have respect, and you’ve reduced the elements to their smallest parts, you feel that you deserve to be there … it’s you and the elements."

At that time in in the late '80s, the human elements were almost as insurmountable as the physical ones, judging from this documentary by filmmaker Alex Holmes, who intercut old and new interviews with the crew, and footage luckily captured by on-board fixed and hand-held cameras.

Some of the earlier footage captured shows how Edwards grew up in Reading, England, in difficult circumstances: After her father died, her mother married an antagonistic alcoholic Tracy couldn't stand. She acted out in school. She was suspended 26 times and was expelled. Finally, at 16, she fled to Southern England's coastal resorts where she fell in with the “misfits and nomads” of the sailing world.

Applying to join a crew of a Whitbread yacht, Edwards was told her only role could be cook (“We’re not having a girl!”) She hated that job but loved the overall experience so much that she became determined to form her own crew to compete. “It wasn’t a choice; I had to do it,” Edwards says in the film.

Why all women? Men and women do race together, Edwards acknowledged. “But [with men aboard], a woman sailing with me will never be recognized for her skill, her achievement. I thought the only way we’ll prove that women can do this is if we have an all-female crew.’”

The men weren’t buying this, however, and clearly felt threatened. From the pubs to the newspapers -- Guardian yachting writer Bob Fisher dubbed Maiden’s crew “a tinful of tarts” -- the women endured misogyny and jeering. “Oh, my god, I was so angry!” Edwards still remembers. “It became an obsession among the guys; guys who didn’t sail in particular were quite aggressive towards us…it made me more determined.”

She would need that determination. For two years, Edwards tried and failed to raise the £1 million needed; she approached hundreds of companies, but none would invest in an all-women team. One year to race day, Edwards remembers in the film, “It was doubt and fear, panic attacks.”

Then came financial salvation from an unlikely source: King Hussein of Jordan. The king was a yachting aficionado and he liked her spirit. “Within an hour, I was completely convinced to help her,” the late monarch says in archive footage.

With smooth sailing at last, Edwards made another unorthodox move: She founded a limited liability company to organize the project; it was even VAT registered. “We were methodical and logical, all the things men thought we weren’t," Edwards said.

Still, her male critics weren’t convinced. “Everything we achieved, they’d go, ‘Well, there’s that. What about that?’”

Another challenge was renovating the weathered (and Whitbread veteran) yacht Maiden Edwards had purchased. At her direction, the boat was parked in a Southampton shipyard where the crew stripped off weight-bearing items like wood paneling and made the vessel sleek and fast -- as well as designed for women sailors’ bodies. “Women use power differently,” Edwards explained. “We have different positions and points of power than men. So, we redesigned the deck. We redesigned the interior.”

On Sept. 2, 1989, the race commenced from Southampton, with 23 competing yachts representing 13 countries, all vying to successfully finish the most grueling course in the world, a course in which they would actually circle the world in six punishing legs.

Maiden won two of six of those legs, the best showing by a British boat in 17 years. She finished the final leg second in her class and placed second in the Whitbread overall.

Finally, Edwards's naysayers were silenced: She was awarded the Yachtsman of the Year Trophy, the first woman to receive it, and was made an MBE.

The salty road to that royal honor had been fraught with failures and challenges in some ways familiar to land-locked entrepreneurs: First up was the funding problem. Then came a difficult staffing decision. After Edwards and her first mate Marie-Claude Kieffer clashed on leadership, Edwards fired Kieffer even before Maiden left the dock.

The crew strongly disapproved and relations became so tense it was questionable whether they could work with their skipper. (“Tracy was not very comfortable to be around,” Maiden’s medic, Claire Warren, comments in the film's 1989 footage.)

In the interview, Edwards reflected on those days -- and on her teammates' more recent decision to be absolutely truthful with the filmmaker about those tensions. Her own take on that honesty: "I want girls to see [that success] can be messy and ugly and hard work. You can't always be perfect.

"My decision to sack Marie-Claude at the start was a really hard one because I knew it was my fault and I had not handled the situation well. I let her down pretty badly; I was pretty cruel, but I knew I had to do it.”

With that  personnel change, instead of a first mate, Edwards wound up with two watch captains to supervise two sailing teams, working exhausting shifts of four hours on, four hours off. “We’d modeled ourselves on a male crew,” Edwards commented. “We’re not a male crew. Women don’t work well in these hierarchies.” The watch captains, it turned out, spread the leadership duties out, making things easier for all.

Other difficulties arose: During the intense Southern Ocean leg and those frigid temperatures and 50-foot waves, a competing yacht, the Creighton’s Naturally, suffered tragedy: Two men were swept overboard; both were recovered from the ocean alive, but suffered hypothermia; one later died. Maiden’s medic, Claire Russell, talked Creighton’s crew through those tense resuscitation efforts over the radio.

Another life-threatening risk: During the leg from Auckland to Punta del Este, Edwards felt her feet getting wet, only to discover a serious leak. Because the crew had renovated Maiden from start to finish, they knew every inch of the vessel and were able to find and repair the problem.

Finally, on May 5, 1990, Maiden sailed into the end point of Southampton, second in her class behind Belgium’s Rucanor Sport. In the documentary's most powerful moment, the yacht is escorted by an enormous flotilla of private yachts and dinghies and is met by the cheers of thousands on shore applauding the amazing accomplishment of this all-female crew.

“I never set out to break these barriers for women," Edwards, in the interview, reflected about that acclaim. “I was annoyed that I had to be a cook on this [earlier] race boat!”

Recently, Edwards related, she rescued Maiden, which had been abandoned in the Seychelles and was about to be scrapped. She then raised £5 million pounds via crowd-funding for the yacht's restoration and funding for her foundation, The Maiden Factor, which supports charities addressing girls' education in the developing world.

"I’d love to say, ‘I stood up for women and fought the fight.' I mean, it ended up with us doing that," Edwards said. "I just thought, ‘I want to sail around the world as a sailor. And I have to put together an all-female crew to do that."

She continued: "I then realized how angry that made so many people. So I just went, ‘Right, we see this has to be done.’” And so she did it.