Moderna's Coronavirus Vaccine Just Started Its Phase 3 Trial. Here's How It Will Work.

Moderna's coronavirus vaccine candidate entered its next phase of human trials on Monday. The company hopes to have results by Thanksgiving.

Moderna's coronavirus vaccine entered a new and crucial phase of testing on Monday: Its phase 3 clinical trial, which involves 30,000 volunteers at 87 sites across the US.

It's the first late-stage trial of a potential coronavirus vaccine to begin in the US. Moderna's CEO has said the company is likely to deliver results by Thanksgiving. If those findings are good, the FDA might then quickly approve the vaccine for emergency use among high-risk people, as it considers full approval.

Moderna, which is headquartered in Massachusetts, partnered with the National Institute of Allergy and Infectious Diseases to come up with the vaccine. Its candidate is one of several funded by the US government as part of Operation Warp Speed, an initiative that aims to deliver 300 million doses of a safe and effective vaccine by January 2021.

Other vaccines backed by Warp Speed include shots from a collaboration between Pfizer and BioNTech and from a partnership between the University of Oxford and AstraZeneca. The Oxford vaccine has already started its phase 3 trials, with participants in the UK, Brazil, and South Africa. The researchers plan on starting to test it in the US in August.

A phase 3 trial is usually a drug or vaccine's final test before it can be sold to the public. Phases 1 and 2, which typically involve giving the drug to smaller groups of volunteers, aim to show that a vaccine candidate generates an antibody response and is generally safe.

Phase 3 trials test a vaccine's safety and efficacy on a larger number of people across multiple locations. 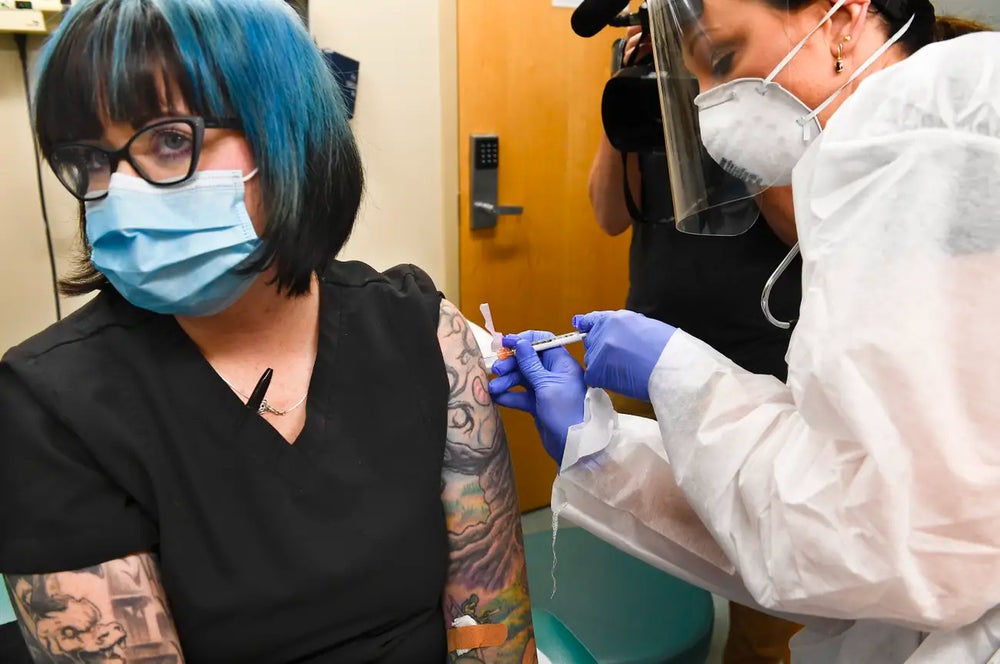 Moderna's phase 2 testing is still ongoing, but the results of its phase 1 tests, published earlier this month, showed the vaccine was safe overall and triggered immune responses in volunteers.

Betting on an mRNA vaccine

But no mRNA vaccines exist yet on the market, largely because the science behind them is new. If approved, Moderna's vaccine would be the first mRNA vaccine. Pfizer's coronavirus vaccine candidates are also mRNA-based.

Traditional vaccines rely on several other methods, such as using live samples of a weakened virus, or a virus that's been killed.

If Moderna's bet pays off, it could revolutionize vaccine development. But there are still a lot of unknowns: Researchers don't yet know whether mRNA vaccines will generate long-term immunity, prompt adequate immune responses, or come without harmful side effects.

The potential cost of the vaccine is also still to be determined. Moderna's CEO Stephane Bancel recently told Business Insider that the company is considering setting two prices, with a lower cost during the pandemic. However, the startup lost a legal dispute over a patent last week, which means Moderna might have to pay for the use of foundational mRNA technology. That could force it to set a higher vaccine price point.

Moderna raised over $600 million in its initial public offering in December 2018, the biggest biotech IPO in history.

The company was started in 2010, and its sole focus since then has been using synthetic mRNA to reprogram living cells to develop immune responses. Other big pharmaceutical companies see that bet as risky because mRNA delivery systems have the potential to generate adverse side effects. 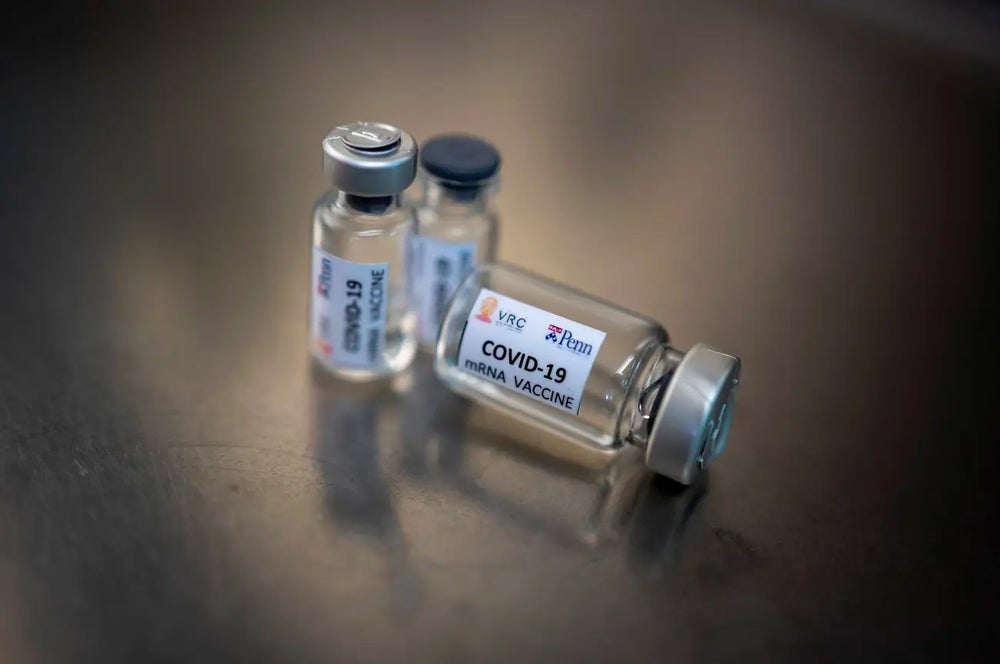 Vials of an mRNA type vaccine candidate being developed for COVID-19 are pictured at Chulalongkorn University in Bangkok, Thailand, May 25, 2020.
Image credit: Athit Perawongmetha/Reuters

In 2016, an editorial in the journal Nature even compared Moderna to the failed biotech startup Theranos, accusing the company of choosing "stealth over disclosure of data" since Moderna hadn't yet described its methods in a peer-reviewed journal. It has since published findings related to its coronavirus vaccine in the New England Journal of Medicine, however.

Moderna's board of directors includes prominent and respected scientists like Robert Langer, an award-winning professor of chemical engineering at MIT, and Betsy Nabel, president of the Harvard-affiliated Brigham Health network.

"Having spoken with a lot of Moderna employees, even those who are skeptical of the future of the company, they almost all say, 'This isn't Theranos. There is some real science here,'" STAT News' Damian Garde told WBUR.

The vaccine has plenty of hurdles ahead

Even if Moderna's vaccine succeeds in its phase 3 trial by this fall, getting it approved could take longer, and getting any coronavirus vaccine approved by January 2021 would be an unprecedented feat.

Even then, other factors could undermine its ability to end the pandemic: Antibody protection could fade quickly, making booster shots necessary; there could be logistical and supply challenges in the vaccine's mass production and distribution; and some people might choose not to get the shots in the first place.

Then, of course, there's a chance the vaccine candidate won't succeed at all. A 2016 study of 640 phase 3 trials found that 344 failed — around 54%. Another study found that of 302 new drug applications submitted to the FDA following phase 3 trials, 50% of those drugs were initially rejected. Nearly half of the rejected drugs were ultimately approved, however.

Who Moderna is racing against

Including Moderna's, four vaccine candidates have advanced to phase 3 trials so far. The other three are being developed by Sinovac, Sinopharm, and the University of Oxford in collaboration with AstraZeneca.

Sinovac's Brazil-based trial and Sinopharm's trial in the United Arab Emirates are both expected to take three to six months. The Oxford trial has not specified the length of its phase 3 trial, but the researchers have said they hope to have a vaccine available by Christmas.

Overall, there are 24 potential coronavirus vaccines now in human testing, and at least 18 more that could be ready to start clinical trials this year.