Get a glimpse of how to use Facebook’s marketing resources to your business’s advantage.
August 13, 2020 2 min read
This story originally appeared on PC Mag

"For the past several years, we have worked closely to counter information operations across our platforms," the collective said. That includes removing deepfakes, letting users opt out of political ads, labeling rule-breaking posts, identifying state-controlled media accounts and highlighting voting-related content by candidates.

"We held the latest in a series of meetings with government partners today [Wednesday] where we each provided updates on what we're seeing on our respective platforms and what we expect to see in the coming months," according to the statement, tweeted by Facebook Newsroom. "Specifically, we discussed preparations for the upcoming conventions and scenario planning related to election results."

A series of nominating rallies held every four years, the DNC and RNC invite delegates from both major parties to select their nominees for president and vice president. The traditional large-scale events, however, were cancelled this year due to COVID-19; some elements, including speeches and meetings, will proceed remotely from Aug. 17 to 20 (DNC) and Aug. 24 to 27 (RNC). 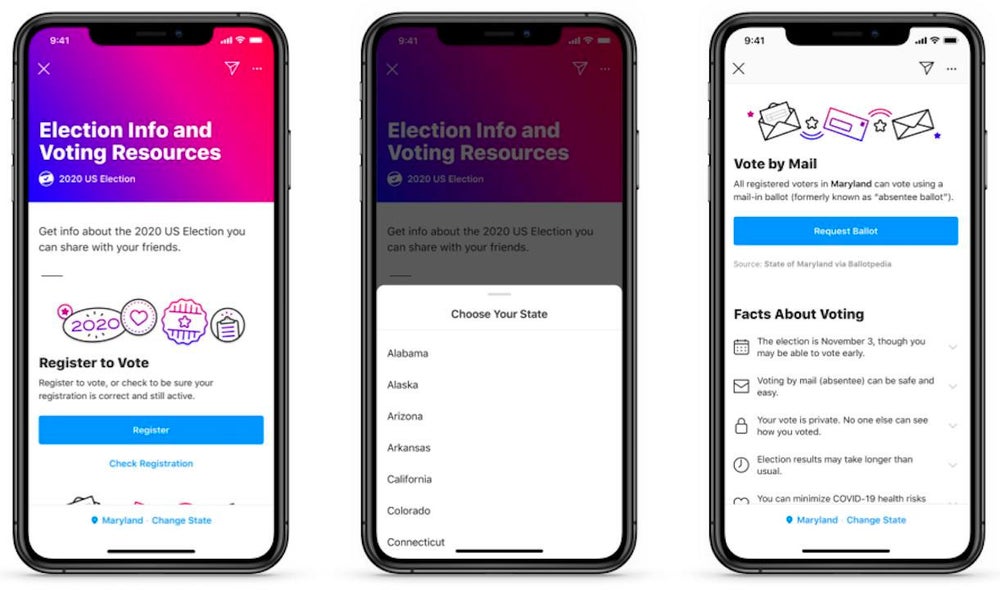 "We will continue to stay vigilant on these issues," the tech companies said, "and meet regularly ahead of the November election." Facebook is going the extra mile, though, this week launching its Voter Information Center — a "one-stop-shop" for U.S. citizens to "make their voices heard at the ballot box."

When Will My Next Stimulus Check Arrive? (Updated)