How Madison Semarjian, who created her app Mada in college, is working to out-innovate a giant.

When Madison Semarjian was a college freshman, she had an idea for an app: It would be like Tinder, but for clothing. She imagined the app could use AI to learn her personal style and then pull together outfits from a wide range of retailers. If she liked what she saw, she could swipe right and even buy everything. If she hated it, she’d swipe left.

Semarjian couldn’t shake the idea, so she spent all of college creating it—developing the tech, raising money and signing partnerships with major brands like Nordstrom, Bloomingdale’s and Prada. She called the app Mada, and she launched it in January 2020. It was a quick hit with the media and style lovers because nothing like it existed.

But that quickly changed.

One day earlier this year, as Semarjian was having coffee with two of her advisers, she saw a new app appear in Apple’s App Store. It was called The Yes, and had a similar functionality to Mada. It also had major backing; it’s run by the former COO of Stitch Fix and had raised $30 million from investors.

“Here I am, fresh out of school. And here is this industry veteran that has more experience in the industry than I have life on this Earth,” says Semarjian, 23. She was understandably freaked out. “But my adviser turned to me in that moment and she goes, ‘Blinders on, Madison.’” 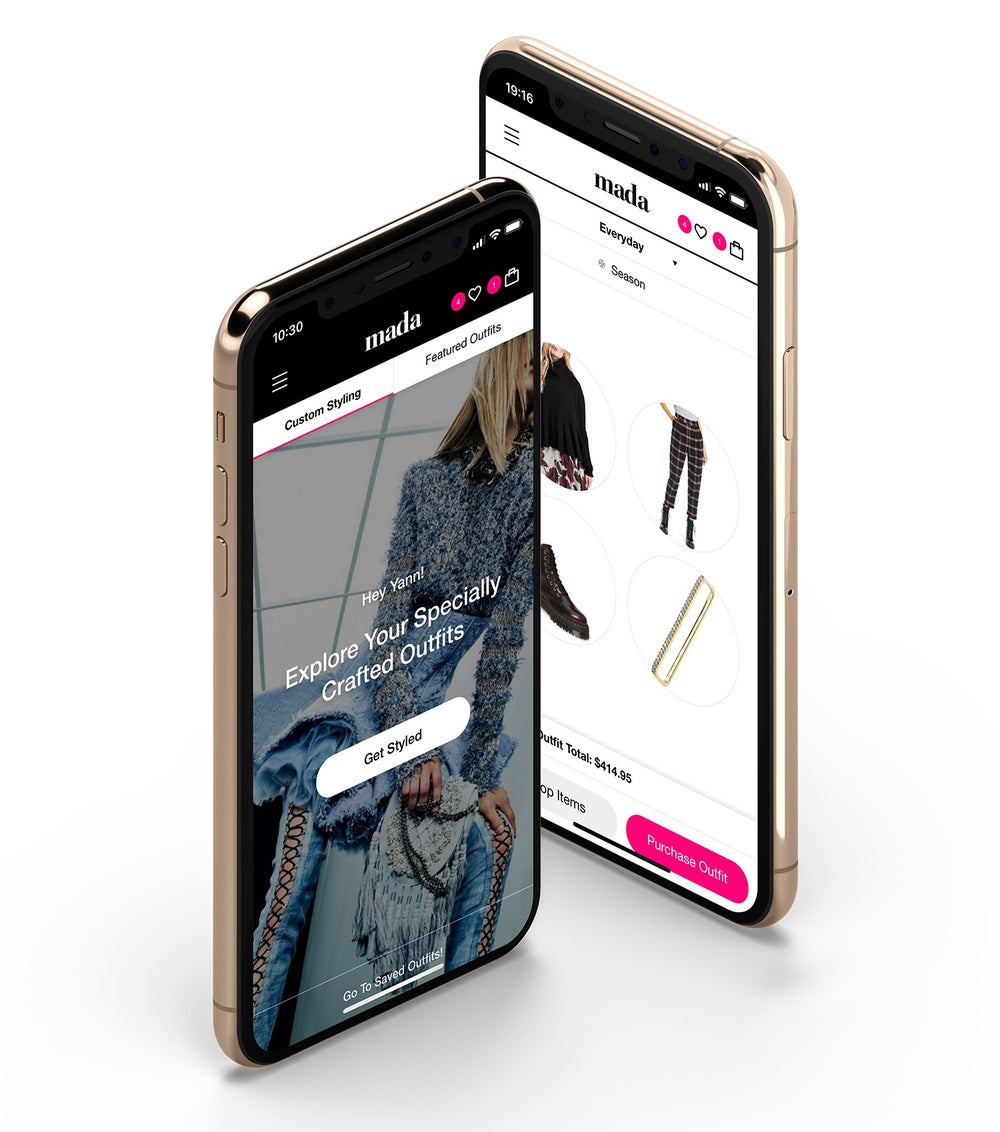 To stay ahead of her well-funded competition, the adviser was saying, Semarjian couldn’t panic. She needed to focus on her strengths while speeding up her plans for marketing and growth. Here are three major things she did in response:

When Mada first launched, it did so with a bug. Its product feeds weren’t updating fast enough, so sometimes customers would order something and then discover it was out of stock. “In that moment, I would reach out to them myself and be like, ‘I'm so sorry, this is out of stock, but here are 10 more options that we think you'll love,’” Semarjian says.

She was stunned by the results. These customers turned into some of Mada’s biggest fans. It made her realize the power of personally connecting with her audience. It also gave her an idea to launch a kind of “style concierge” — someone whom customers could reach out to with any style-related question. She figured she’d develop it sometime in the future.

Then her new competitor arrived, and Semarjian decided it was time to launch the style concierge now. She wanted another way to differentiate herself, and to lock in long-term relationships with her customers. So instead of offering a style concierge as a premium service, she made it available to everyone who uses the app. All someone has to do is send an email and they’ll get a personal response.

The program launched over the summer, and Semarjian says the reaction was immediate. Users became even more engaged with the app and used it longer. And they asked questions she never expected, which gave her even more insight into her users. “One emailed in and was like, ‘I wear the same thing over and over again, and I'm bored but I'm kind of nervous to try something new. Any tips?’” she says.

Her team had many tips.

Semarjian has a modest marketing budget, so she’d planned to use it slowly and strategically. Rather than blow the budget on tons of pricy influencers, she started small with a program that paid regular sorority girls to promote the brand. But once her competitor appeared on the scene, Semarjian decided to step up her game — but remain just as strategic.

Many startups spend heavily and quickly on marketing, hoping to grab as many eyeballs as possible, but Semarjian didn’t want to do that. Even though she was feeling the pressure, she wanted to figure out how to make the most of her marketing dollars. She interviewed a lot of influencers, looking for someone who seemed perfectly aligned with Mada, and eventually decided to run a campaign with one of them. Semarjian figured that Instagram would drive the most attention, but she was surprised at the results. Instagram did fine … but the influencer casually mentioned Mada on her YouTube channel as well, and that triggered a huge response.

“People loved that, versus seeing this very put-together picture on Instagram,” Semarjian says. It was exactly the kind of data she was hoping to get. “I’m glad we tried that, because it completely changed my approach to how we're going to do influencer marketing.”

3. Listen to customers and rethink assumptions

Every founder has a vision for their company, and this was Semarjian’s: Mada was an outfitting platform. It was special because it created full outfits for people to review.

But then her customers began asking for things other than outfits. “People started emailing to say, ‘I love this new brand that I discovered in an outfit, but can I see all the products you carry by them?’” she says.

At first, Semarjian didn’t like this. Mada was an outfitting platform, after all! But then she realized her error. “I am a planner. I know what I want, and I'm also such a control freak,” she says. And in business, that can be dangerous. “That's why I've made sure to build up a team that has some people who are exact opposites of me, because I love when people on my team challenge me.”

She listened to her team and started expanding beyond outfits. They created a new feature so people can search by individual brand. “So it's a little bit more of a typical ecommerce experience than just the outfit," she says.

But users were happy, and that’s what matters most.

Listen to her on Entrepreneur's Problem Solvers podcast: