Facebook Will Crack Down on Groups That Break Its Rules Repeatedly

By I. Bonifacic March 18, 2021
This story originally appeared on Engadget

Facebook is taking one of its most significant steps to limit the influence and reach of problematic groups. On Wednesday, the company announced a long list of policy changes that will impose new restrictions on individuals and communities who repeatedly break its rules.

The most visible of those changes is a new notification people will see when joining groups with past Community Standards violations. The message will prompt you to review a group before joining — though you're not obligated to do so. Simultaneously, Facebook will limit invite notifications from those groups. Those who are already in such communities will see content from the group appear lower in their News Feed. "We think these measures as a whole, along with demoting groups in recommendations, will make it harder to discover and engage with groups that break our rules," the company said. 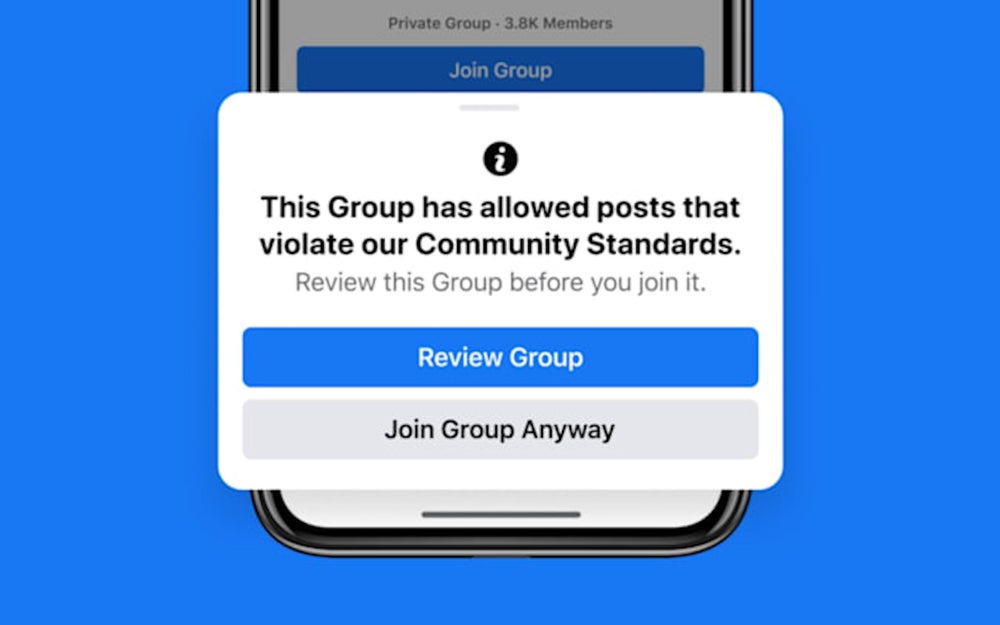 Facebook also plans to put more pressure on moderators to take their responsibilities seriously. In groups with a "substantial" number of people who have violated the company's policies in the past or were part of communities Facebook shut down, admins and moderators will have to temporarily approve all posts. Moderators who repeatedly approve content that breaks the company's rules will see the entire group banned.

Facebook will also impose new restrictions on especially problematic individuals. Someone with repeat violations in groups won't be able to post or comment in any of them between seven or 30 days. They'll also lose the ability to invite other people to a group, as well as the capability to create new ones.

Lastly, the company won't recommend civic and political groups to users globally. That's a policy change that builds on one Facebook put in place ahead of the 2020 US presidential election. The company decided to make that move permanent in the aftermath of the January 6th US Capitol riot. Facebook will roll out all of the above changes over the coming months.